Armenia and Azerbaijan have accused each other of violating a new "humanitarian cease-fire" in the disputed region of Nagorno-Karabakh. The resumption of hostilities came just hours after the second truce took effect. 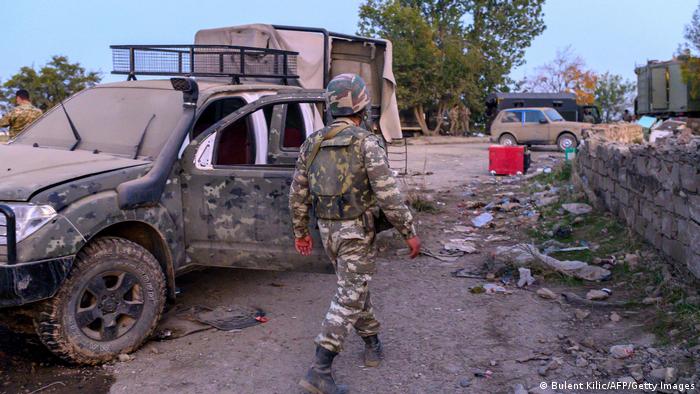 Armenia and Azerbaijan on Sunday struggled for a second time to halt fierce fighting over the disputed region of Nagorno-Karabakh, accusing each other of violating a new cease-fire.

Azerbaijan's Defense Ministry, meanwhile, said Armenian forces had "grossly violated another agreement", accusing them of firing artillery and mortar shells in various directions and of launching early morning attacks along the frontline.

Officials in Nagorno-Karabakh said Azeri forces had launched an attack on the enclave's military positions and there were casualties and wounded on both sides.

Previously, the two countries issued a joint statement confirming the truce, saying the "decision was taken following the statement of the presidents of the French Republic, the Russian Federation and the United States of America, representing the co-chair countries of the OSCE Minsk Group."

At least 710 people have died in the disputed region since fighting resumed between Azeri and Armenian forces on September 27. It is the bloodiest conflict in the area since a war from 1991-1994.

A Russian-brokered suspension of hostilities was agreed last Saturday to allow the sides to swap detainees and the bodies of those killed. But the truce broke down quickly as both sides continued carrying out attacks while accusing each other of violating the deal.

Representatives from the three countries co-chair the so-called Minsk Group, which was created in 1992 to encourage a negotiated resolution to a then-full blown war that killed at least 30,000 people. 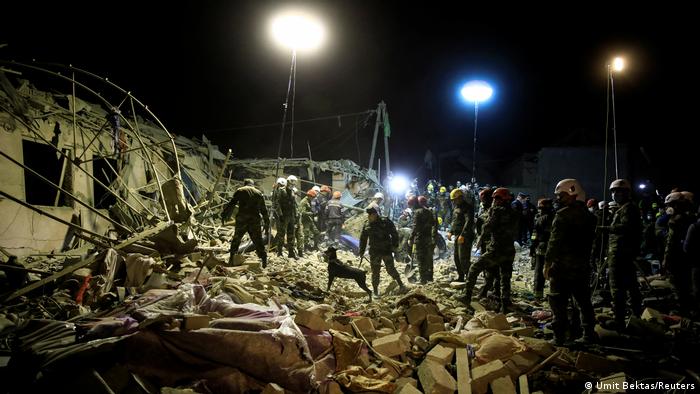 Rescue teams pick through rubble on Saturday in the city of Ganja, Azerbaijan

French President Emmanuel Macron released a statement shortly after the announcement, calling for the cease-fire to be "unconditional and strictly observed by both parties."