EU foreign policy chief Josep Borrell expressed deep anxiety over reports about ongoing military activities in the breakaway region. Armenia and Azerbaijan have accused each other of extending the fighting. 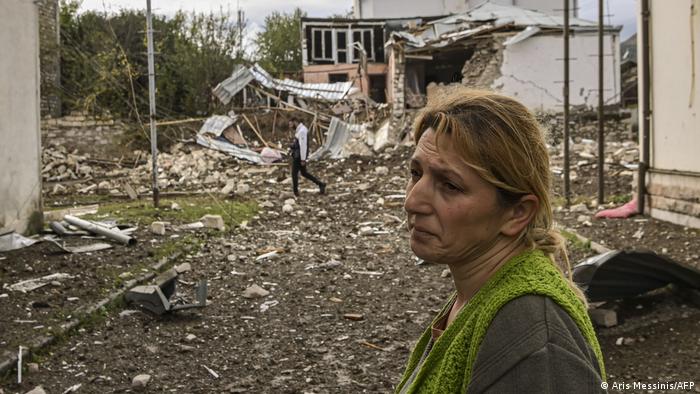 The European Union's diplomatic chief on Sunday expressed his deep concern over reports of violations of a cease-fire between neighbors Armenia and Azerbaijan in the disputed Nagorno-Karabakh region.

"We note with extreme concern the reports of continued military activities, including against civilian targets, as well as civilian casualties," Borrell said in a statement.

He added that the bloc's 27 member states should "engage in substantive negotiations without delay" under the auspices of the so-called Minsk Group, a decadeslong process led by France, Russia and the United States to find a lasting solution to the conflict. 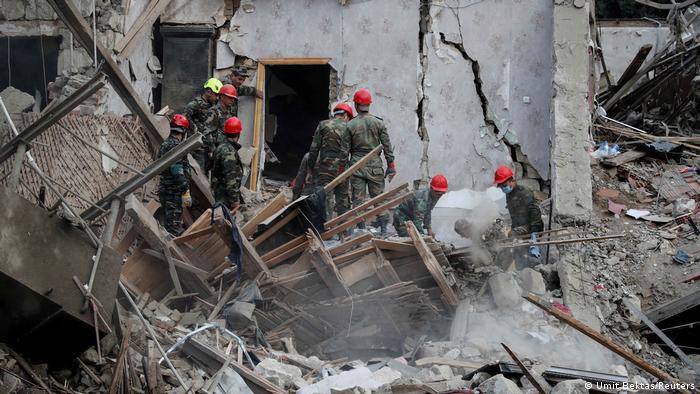 Borrell's remarks followed accusations by both warring sides that the temporary cease-fire, which came into effect on Saturday, had been repeatedly breached.

Armenia's armed forces wrote on Facebook that Azerbaijan had attacked settlements in the region on Sunday, while Armenia was sticking to the agreement.

Azerbaijan accused Yerevan of shelling villages and towns, killing nine civilians and injuring dozens more, including a paramedic who was severely injured while searching for casualties.

Laurence Broers, Caucasus director of the London-based international peace organization Conciliation Resources, told DW that the ongoing fighting was radicalizing people across the divide and "making it increasingly difficult for the leaders to step back and meet the terms of a humanitarian truce."

He warned that the cease-fire is in a "very dangerous place" and that there could be "a lot more violence in the coming days."

Hundreds of people have died since the conflict flared-up again over the disputed region on September 27.

Russia mediated the ceasefire between the two parties to de-escalate what has been the deadliest fighting since a truce in 1994.

The temporary truce, clinched after marathon talks in Moscow, was meant to halt fighting to allow ethnic Armenian forces and Azeri forces to swap prisoners and war dead.

Broers also warned of a "humanitarian catastrophe" building in the region.

"The vast majority of the civilian infrastructure that has been destroyed is in Nagorno-Karabakh and about half of the population — some 70,000 people have fled the territory," he told DW.

Broers said the conflict is "aggravating and compounding the COVID pandemic which has hit both countries quite hard, and there's winter coming as well, so really a very difficult humanitarian situation [can be expected] in the coming weeks."

Nagorno-Karabakh is an ethnic Armenian enclave in Azerbaijan, home to about 150,000 people, which broke from Baku's control in a war in the 1990s that killed some 30,000 people.

Its separatist government is strongly backed — but not officially recognized as independent — by Armenia.

Renewed fighting has raised fears of a wider war drawing in Turkey, a close ally of Azerbaijan, and Russia, which has a defense pact with Armenia.

A day after a Russia-brokered Armenian-Azeri cease-fire came into effect in Nagorno-Karabakh, reports have emerged of shelling by both sides. A local leader says the situation is "calmer" but warns that may change.