Myanmar: What can we expect from Aung San Suu Kyi trial?

The show trial of Aung San Suu Kyi is intended to prevent her return to politics. But it may end up cementing her legendary status in the country. 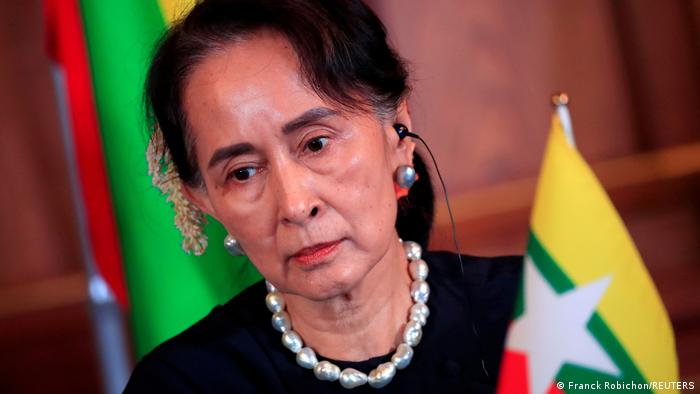 Since then, the country's most prominent politician and pro-democracy advocate has once again been under house arrest. She had already been confined to her home, with interruptions, for a total of 15 years between 1989 and 2012.

Immediately after her arrest, the military began bringing various charges against the former state councilor and leader of the National League for Democracy (NLD) party, accusing her of violating a raft of laws.

First, she was accused of violating a law regulating imports and exports for the illegal importation and possession of walkie-talkie radios and violating coronavirus protocols under a disaster management law.

Then, the charges laid against her became more serious, including inciting public unrest, violations of the colonial-era Official Secrets Act and corruption.

The military-controlled Anti-Corruption Agency has alleged that Suu Kyi illegally accepted $600,000 (€518,000) in bribes and seven pieces of gold.

The corruption trial is scheduled to begin on Friday. If convicted, the 76-year-old faces up to 15 years in prison for this charge alone.

Suu Kyi, who has made a few brief virtual appearances at the hearings since her arrest, declared at her first court appearance on May 24 that the NLD would live on as long as the people lived. According to her legal team, she has rejected all the charges leveled against her.

David Scott Mathieson, an independent analyst who has been working on conflict, peace and human rights issues in Myanmar for over 20 years, said there was no question that Suu Kyi's was a show trial.

And a single conviction would be enough to ensure that she no longer leads the party to participate in the election that the military regime has promised for August 2023.

Despite the trial and regardless of its outcome, there is no question that Suu Kyi's stature will continue to grow in the country. Among the population, much of which is behind her and the NLD, many believe that if the military had not ousted the civilian government, Suu Kyi and her party would have led Myanmar into a golden future and that she would have completed her father's work and created a united and just country.

Alongside her father, she will now likely become the country's most significant symbolic figure.

At the same time, the opposition is turning away from Suu Kyi when it comes to concrete policies.

The young Generation Z, the civil disobedience movement, the National Unity Government (NUG) formed by opponents of the coup to create an internal government-in-waiting and the People's Defense Force (PDF), an armed opposition group, are all going their own ways.

The NUG president declared a "defensive people's war" against the military government in early August, a clear departure from Suu Kyi's nonviolent policy of dialogue. Suu Kyi, following the call for war, declared through her lawyers that she had no comment on the matter.

Before the coup, there was growing criticism from civil society and even within the NLD about the slow pace of progress in several areas, including government peace negotiations with the armed ethnic groups and Suu Kyi's economic policies.

The simultaneous exaltation and criticism of Suu Kyi is not contradictory. As a symbolic figure of resistance, she is as important as ever, but as a political actor her significance continues to diminish every day.

She is being replaced by the NUG, in cooperation with some ethnic minorities, whose common opposition to the military has led to the formation of a united political front, at least for the time being.

Why is military going ahead with trial?

If the military's goal is to weaken Suu Kyi's symbolic power and thus the opposition forces, the trial obviously is unlikely to achieve this. On the contrary, the trial would succeed in turning Suu Kyi into an even bigger legendary figure and will likely have no significant effect on the opposition's ability to act. So why is the military still going ahead with the trial? 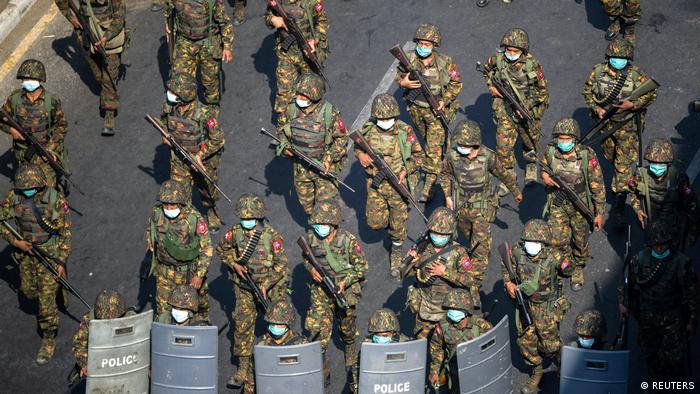 As in the past, the military wants to give the impression that it is upholding law and order. And this includes a certain authoritarian-bureaucratic stubbornness.

Just how important it is for the military to act in a supposedly lawful manner can be seen in its insistence to this day that the February coup was legal under the 2008 constitution because there was an imminent danger to the nation's stability.

The constitution allows the military to take power in this case, but only after the president declares a state of emergency. However, since the president, a member of the NLD, had already been arrested, the vice president appointed by the military declared that Myanmar's stability was at risk and that it was necessary for the armed forces to take power.

For the trial against Suu Kyi, this bureaucratism means that, once the process has been opened, it must be brought to a conclusion.