While the Nobel laureate's party is expected to win a second term, there are concerns the election could lead to renewed violence. One minority rights group called the vote an "apartheid election." 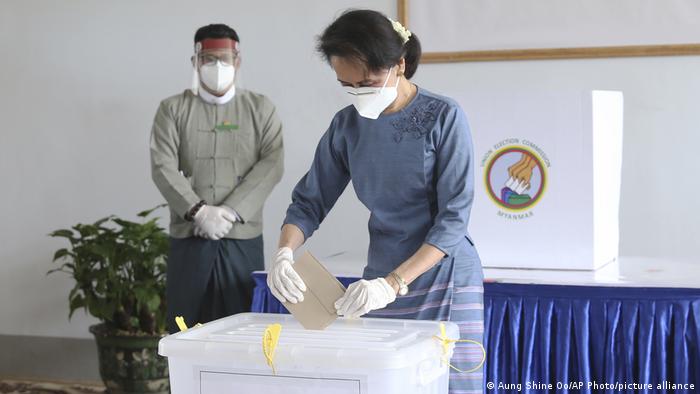 Sunday's polls closed across Myanmar for general elections that were expected to deliver the government of Aung San Suu Kyi another term. Election workers have begun to count the ballots.

Suu Kyi's National League for Democracy (NLD) won a landslide victory in the last election in 2015 — the first polls after the nation emerged from nearly five decades of junta rule in 2011.

The Nobel Peace Prize laureate remains the country's most popular politician, but her government has been hampered by a clause in the 2008 army-drafted constitution that gives the military 25% of the seats in Parliament, allowing it to block constitutional reforms.

More than 37 million people were eligible to cast ballots in the polls, although there were concerns the coronavirus pandemic could impact voter turnout. The Election Commission said it would begin to announce results early Monday.

Myanmar and Suu Kyi's international reputation has been rocked by allegations of genocide after several hundred thousand Rohingya Muslims fled the country following a military crackdown in 2017. Myanmar says it was carrying out operations against militants who attacked police posts, but the UN said there was genocidal intent behind the army's actions.

The Southeast Asian nation is gripped by several other conflicts with ethnic minorities and many of these groups, disadvantaged by the electoral system, have little chance of voting.

Yangon-based analyst Richard Horsey said there was a "huge risk" of election or post-election violence. 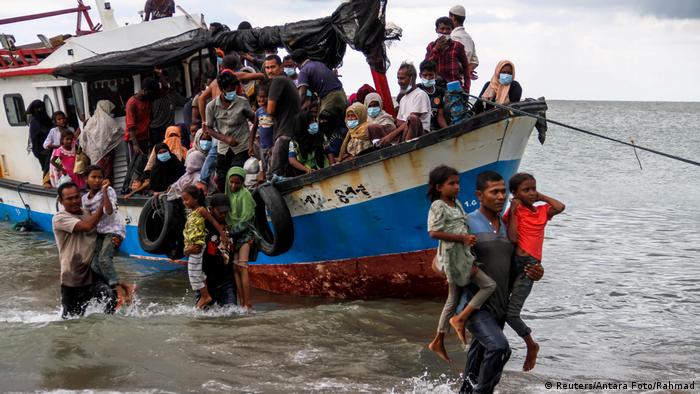 Hundreds of thousands of Rohingya Muslims were forced out of Myanmar, including these Muslims who landed in Indonesia

Virtually all of the 600,000 Rohingya Muslims still residing in Myanmar, about half of whom are of voting age, have been stripped of their citizenship and rights. That includes the right to vote.

The UN said in 2019 that the Rohingya Muslims were living in "deplorable" conditions.

"This is an apartheid election," said rights group Burma Campaign UK, warning the polls would be "less free and fair than the last."

The NLD-appointed Election Commission has been criticized for lacking transparency, flawed logistics, and discriminating against Muslim candidates.

The government of Myanmar, a Buddhist-majority nation, has refused to recognize Rohingya Muslims as citizens.

UN spokesman Dujarric said Secretary-General Guterres was concerned about the "legal limbo" of Rohingya Muslims in the country.

"It is important that everyone have a voice and be able to participate in these elections in a very … inclusive way," he said.

Artists in Myanmar: The challenges of newly-gained freedom

Artistic freedom was suppressed in Myanmar for decades. But after former opposition politician Aung San Suu Kyi won the elections, the country has been opening up.

The European Parliament has shunned its 1990 Sakharov Prize recipient Aung San Suu Kyi by suspending her from the prize community. Her standing plunged over Myanmar military abuses against the minority Rohingya people.