Muslims on a bus stopped by suspected al-Shabab militants helped disguise Christians in an effort to spare them from a massacre. The al-Qaeda affiliate executed 28 non-Muslims on a bus in the same area last year. 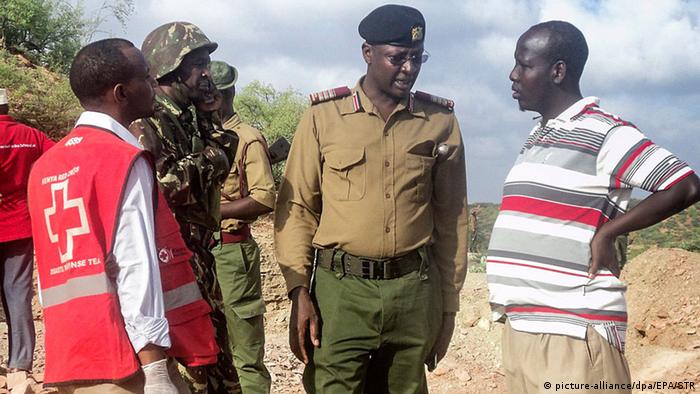 Al-Shabab militants from Somalia on Monday sprayed a bus with gunfire in northeast Kenya before boarding and demanding Muslims separate from non-Muslims, but Muslims refused the order and helped disguise Christian passengers.

Two people were killed and another six wounded in the attack on the bus travelling from Nairobi to Mandera near the border of Somalia, where al-Shabab - al-Qaeda's East African affiliate - is based.

According to passenger accounts, the Muslims provided Christian passengers with Islamic clothing before some 10 al-Shabab militants boarded the bus. The Muslims then refused to separate from the Christians as demanded by the gunmen.

"The militants threatened to shoot us but we still refused and protected our brothers and sisters. Finally they gave up and left but warned that they would be back," Abdi Mohamud Abdi, a Muslim passenger, told Reuters.

The country's Interior Minister Joseph Nkaissery said the passengers' act of bravery "sent a very important message of the unity of purpose, that we are all Kenyans."

In previous attacks al-Shabab militants have killed both Muslims and non-Muslims. An attack along the same stretch of road last year left 28 non-Muslims killed execution-style.

Since then buses have been accompanied by police, but there were conflicting reports as to why the bus was without an escort. By one account the police car had broken down, by another the bus took a route that avoided a checkpoint.

An unnamed local police official told AP that one passenger had fooled the assailants, telling them that a police escort was not far behind the bus. The officer said the lie caused the gunmen to order everybody back on the bus and told the bus to leave.

One of those killed on Monday was a off-duty police officer who was hitchhiking in a truck that was also at the scene.

Al-Shabab has repeatedly struck Kenya, demanding the country withdraw from an African Union mission in neighboring Somalia, which is fighting the militants and supporting the government.