Two foreign fighters of terror group al-Shabab have given themselves up in Somalia. This follows a warning from al-Shabab saying any fighters who switch allegiance from al Qaeda to "Islamic State" would be killed. 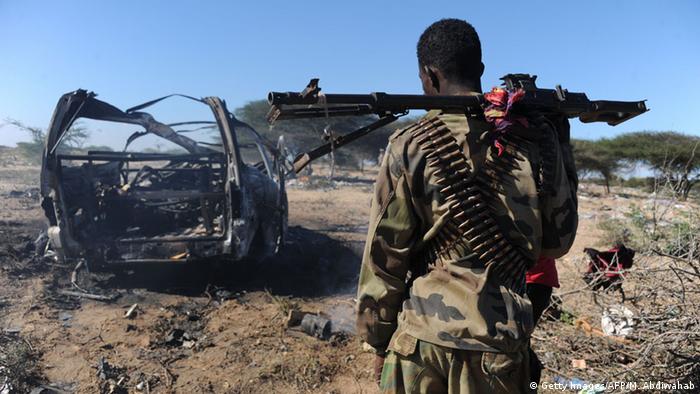 A man from the US state of Minnesota who joined Somali terror militia group al-Shabab over seven years ago has handed himself over to authorities in Somalia. The man, who was just 17 when he left the US to join al-Shabab, had been active in posting jihadist rhetoric online and was a vocal support of the "Islamic State" (IS) group. Terrorism experts believe the man, who was born in Somalia, may have decided to give himself up because al-Shabab has been targeting people within its ranks who have been supporting IS. On Tuesday there was news of a second defection, this time by a man from San Diego. DW spoke to Laura Hammond from SOAS in London to find out more about the significance of the defections.

DW: There seems to be a lot happening among the three terrorist groups, al Qaeda,"Islamic State" (IS) and al-Shabab. A section of al-Shabab claims affiliation to al Qaeda while others claim affiliation to IS. A member of al-Shabab has just handed himself in to the Somali government. What does this tell us about al-Shabab. Could there be a rift within the group? 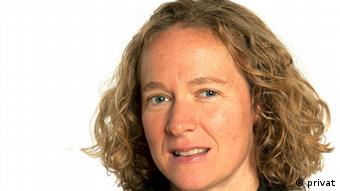 Laura Hammond is a senior lecturer in development studies at SOAS

What does this mean exactly, this internal fighting? Does it tell us the group has been weakened?

I don't think the group is necessarily weakened. These kinds of tensions and splits have been going on for quite a long time within the movement. It tends not to have a huge impact overall, they are still able to pose a significant threat inside Somalia. This does not mean the end of al Shabab, it's not disintegrating. But the tensions between the leaders of different factions within al-Shabab limit their effectiveness in the sense that they are not completely unified around a central goal. However, that has been the case for quite a long time. Al-Shabab has a very decentralised character and the way in which it operates on the ground and the way its members are affiliated with it as a movement depends very much on which leaders within the movement they ally themselves with most strongly.

We know that IS has already managed to get more alignment with [Nigerian Islamist terror group] Boko Haram. Does this mean that one day al-Shabab will break up and say "We now belong to either IS or al Qaeda?"

Those within al-Shabab who feel that they want to align themselves closer to "Islamic State" seem to be influenced by the fact that IS has been attracting a lot more attention in recent months than al Qaeda and seems to be quite successful at fund-raising as well as at attracting recruits. They see that many people, even among the Somali diaspora, who are would-be recruits are attracted to "Islamic State." Members of al-Shabab are interested in somehow capturing that or being part of that momentum. On the other side, others who have a longer standing relationship with al Qaeda are happy to stay with that kind of association. So I think it has everything to do with the ways in which both al Qaeda and IS have been operating and the ways in which they have been capturing the imagination particularly of people in the diaspora.

In northern Kenya a mass grave has been discovered and there are rumors that the victims are Kenyans of Somali origin who may have been killed by people fearing they could be terrorists. The Kenyan authorities have denied any involvement,. Could this be something that could instigate al-Shabab to carry on with more recruitments within Kenya as well as in Somalia?

Sure, I think anything that stirs up animosity between Somalis from Somalia and Kenyans, and which also stirs up division between Kenya's own ethnic Somali population and the wider Kenyan state, is going to be helpful to al-Shabab. One of their main recruitment tactics is to talk about the ways in which Somalis - whether they are ethnic Somalis from other countries or Somalis from within Somalia - are 'under siege' from surrounding countries and from the Kenyan government in particular. So any kind of attack carried out by the Kenyan government, the attempt now to build a wall between the two countries, the roundup of refugees and other ethnic Somalis inside the last couple of years, has all played into the hands of al-Shabab in terms of really demonstrating this idea that the Kenyan government is set against Somalis.

Police officers fired guns and set off explosives at a Kenyan university while wearing white robes, prompting students to flee in fear. Several people suffered broken limbs after jumping through the windows. (30.11.2015)

After years of scrutiny by law enforcement, many law-abiding Somali Americans feel stigmatized as suspected terrorists. Can a new community outreach program rebuild their trust in government? Spencer Kimball reports. (12.09.2015)

Somalia's president has condemned a devastating attack on a Mogadishu hotel, which left several people dead and residents of the capital terrified. The militant Islamist group al-Shabab has claimed responsibility. (27.07.2015)