Benjamin Netanyahu backs an Israeli bill to limit the volume of calls to prayer from mosques in Israel. Government watchdogs call the proposal a threat to religious freedom. 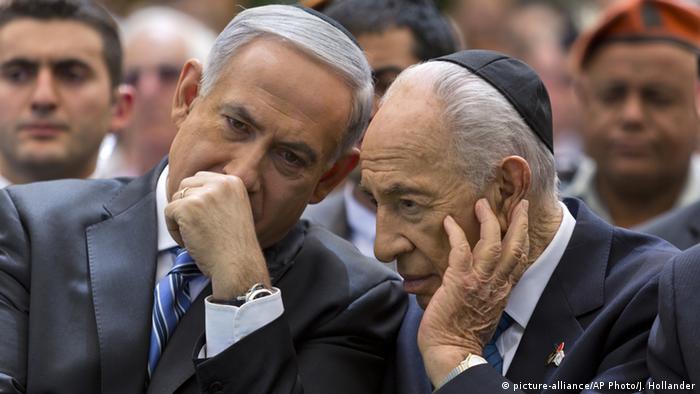 Benjamin Netanyahu (left in photo) used Europe's bans on amplified muezzins to justify his own support for a bill that wouldn't silence the traditionally five-times-daily Islamic Adhan in Israel, but would certainly stifle it. Netanyahu, who spoke as a ministerial committee prepared to discuss the draft bill later Sunday, said he would support such a move, despite the fact that many Israelis have called it unnecessarily divisive.

"I cannot count the times - they are simply too numerous - that citizens have turned to me from all parts of Israeli society, from all religions, with complaints about the noise and suffering caused them by the excessive noise coming to them from the public address systems of houses of prayer," Netanyahu said at the start of Sunday's cabinet meeting.

Though officials say the draft bill would apply to all places of worship, many Israelis believe that it would specifically target mosques. The muezzins' traditional calls to prayer rings out through the day in East Jerusalem, which has a large Palestinian population.

It's "another bill in a series of populist bills whose objective is to create atmosphere of hate and incitement against the Arab population," Aymen Odeh, the leader of the Joint List and an opposition MP, told The Times of Israel. "There are noise laws and regulations that also apply to mosques, so it's clear that the sole purpose of the bill is to mark the mosques as a problem source. It is a clear attack on Muslim freedom of religion and the continuation of a wave of persecution that the prime minister is leading."

The Israel Democracy Institute's Nasreen Hadad Haj-Yahya has written that the bill's "real aim is not to prevent noise, but rather to create noise that will hurt all of society and the efforts to establish a sane reality between Jews and Arabs." The nonpartisan think tank has emerged as one of the proposal's many prominent opponents.

Arabs, many of them Muslim, compose 20 percent of Israel's population. Many accuse the government of discriminating against them.

Netanyahu heads Israel's most right-wing government yet. This weekend, he was forced to once again respond to accusations that he helped incite the assassination of Yitzhak Rabin, one of his predecessors as prime minister, 21 years ago, calling the killing by Jewish extremist Yigal Amir a "shocking political murder that all of us condemn."

"Since the murder there have been continuous attempts to distort the historical truth and blame me for the incitement that preceded the killing," Netanyahu wrote on Facebook. He also posted video clips that showed himself condemning virulent statements against Rabin - who shared the 1994 Nobel Peace Prize with Foreign Minister Shimon Peres and Palestinian leader Yasser Arafat - in the weeks before the prime minister was killed.