Small, comfortable, calm and pleasant, Munich is one of the most attractive cities in Germany. But scratch the surface and one will find a vibrant city with a love of beer and soccer. 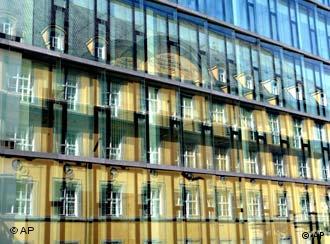 Munich: Where the modern meets the classical

Munich, the capital of Bavaria, is located in south eastern Germany. This cultural and historical center is also a popular gateway to the Alps and also Prague and Budapest to the east, and Austria and Switzerland to the south. With a population of 1.5 million people, it is Germany's third largest city after Berlin and Hamburg.

Situated on the river Isar, Munich was officially founded by Henry the Lion in 1158. But it is referred to as a city for the first time in 1214. In the early 18th century, Munich was under the Habsburg rule and later in 1806 it becomes the capital of the Bavarian kingdom. In the 19th century, King Ludwig I engaged in huge rebuilding of Munich.

The architects Leo von Klenze and Friedrich von Gärtner build the Ludwigstraße, the Königsplatz and the Alte Pinakothek. Famous buildings like Glyptothek, Old and New Pinakothek, the royal palace; Feldherrnhalle and Siegsestor were also built during this time. By the beginning of 20th century, Munich was attracting artists worldwide and it became an acclaimed city of art the world over. In 1933 the National Socialists seized power in the City Hall. During the World War II, half of Munich was completely destroyed. 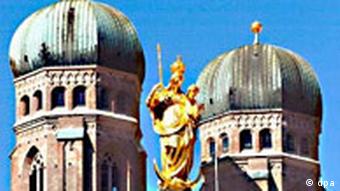 The Church of Our Lady is a Munich landmark

Munich is among the most lively and popular cities in Germany. It has a lot to offer for all ages and tastes. Among its many attractions are world-renowned museums, such as the Alte Pinakothek or newly made museum like the Pinakothek der Moderne and old churches or Frauenkirche church and the Schloss Nymphenberg, the baroque styled castle. The old town gates like Isar Gate, Charles' Gate, Sendlinger Gate or Ruhmeshalle, the Hall of Fame also depict the historical side of the city.

Apart from these historical sites, Munich has Viktualienmarkt, one of the great food markets in Europe and numerous beer gardens for the perfect summer afternoons. Munich's English Garden, Europe's largest park makes it one of Germany's greenest cities. 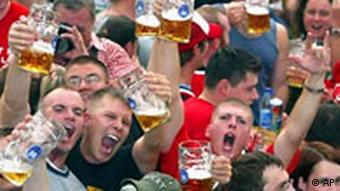 Beer lovers from around the world flock to Oktoberfest

The world-renowned "Oktoberfest" which takes place every year from the mid September until the first week of October, reflects the old Bavarian tradition. The first Oktoberfest dates back to 1810. 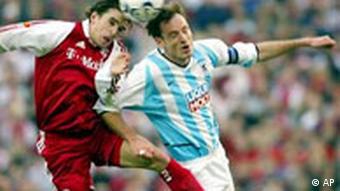 Bayern Munich moved into a new stadium in 2005

The venue of the 1972 Summer Olympic Games, Munich has been one of Europe's most important sport cities. About half the population of the city regularly engages in some sport or other. The city also has two major soccer teams -- Bayern Munich and TSV 1860 Munich -- though only Bayern is currently in the German top flight. The Bavarian capital was the venue for the 1974 World Cup final and it will be hosting five matches including a semi final in the 2006 FIFA World Cup in the new Allianz Arena.

In Munich, the Marienkirche's the Limit

Munich's citizens will continue to be able to look fondly from the center of their fair city to the Alps rising around it. A referendum calling for a ban on skyscrapers won a slim majority on Sunday. (Nov.22, 2004)

For more information on the city

The official site for the 2006 FIFA World Cup, Germany