Disasters around the world are more closely linked than we might think | Environment | All topics from climate change to conservation | DW | 08.09.2021 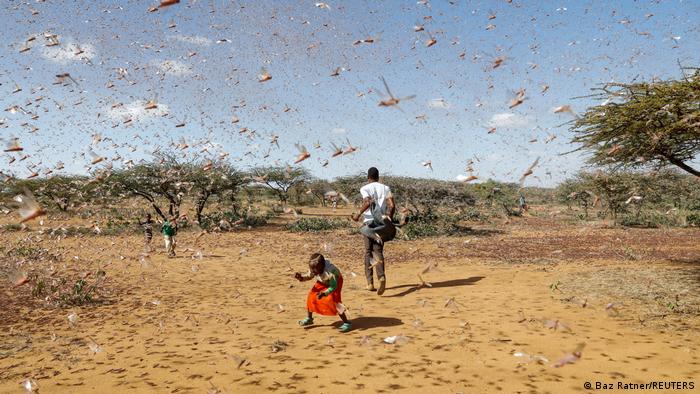 A cold snap in Texas. A locust swarm in East Africa. A fish in China that survived the extinction of the dinosaurs but succumbed irreversibly to humans last year.

Though separated by borders and oceans, and affecting individual species or entire ecosystems and communities, disasters like these have more in common than people realize or plan for. This is a key finding of a report published Wednesday  by the United Nations University (UNU). The scientists found some of the worst disasters over the past two years overlapped to make each other worse. In many cases, they were fueled by the same human actions.

"When people see disasters in the news, they often seem far away," said Zita Sebesvari, a senior scientist at UNU and a lead author of the report. "But even disasters that occur thousands of kilometers apart are often related to one another." 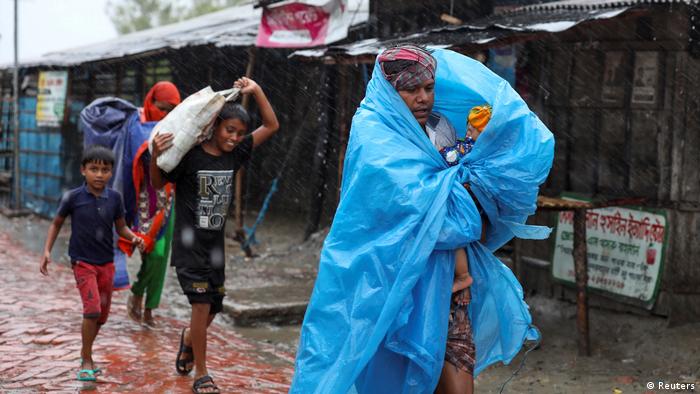 Tropical cyclones, growing stronger as the planet heats up, have caused extra devastation due to the coronavirus pandemic

Three root causes affected most of the events in the UNU analysis: burning fossil fuels, poor management of risk and placing too little value on the environment in decision-making.

Many of the disasters recorded were linked to extreme weather. In Vietnam, a cascade of nine separate storms, heavy rains and floods wrought havoc across the country over the space of just two months. A deadly cyclone in Bangladesh, turbocharged by climate change, struck land while workers quarantined in cyclone shelters during the coronavirus pandemic.

Events like these "feed into each other," said Jack O'Connor, a senior scientist at UNU and a lead author of the report. If emergency shelters are being used to protect people from extreme weather and house coronavirus patients, fewer people can — or want to — use them. Those who do are more exposed to the virus. And then when the cyclone strikes, it damages hospitals and disrupts supply lines needed to treat patients.

"You don't design your cyclone response with a pandemic in mind," said O'Connor. "But this is the kind of thing that we're going to need to start doing." 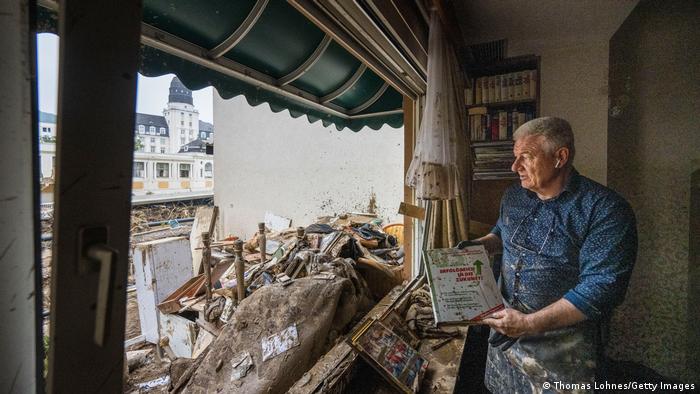 The UNU report comes a week after the World Meteorological Organization (WMO) published an analysis showing that a weather-related disaster occurred every day on average over the past 50 years. Each day, the report found, disasters from hurricanes to droughts had killed 115 people and caused $202 million (€170 million) in losses.

The overall death toll from extreme weather, however, is falling, even as humans burn fossil fuels and heat the planet — mostly because of advances in forecasting and early-warning systems. These allow governments to evacuate people out of harm's way before extreme weather events strike. As a result, devastating storms and floods are killing fewer people — yet displacing more.

But it is unclear if that relationship will hold as the planet warms and more catastrophes overlap with each other.

Human influence has likely already increased the chance of "compound extreme events" since the 1950s, according to a landmark report from the Intergovernmental Panel on Climate Change (IPCC) published in August. Heatwaves and droughts, for instance, are striking in unison more often across the world. In some regions, similar trends can be seen for heavy rain and storm surges, or fire conditions.

Should the planet heat 4 degrees Celsius (around 7 degrees Fahrenheit) above pre-industrial temperatures, heat waves that used to hit once every 50 years can be expected to scorch the land 39 times more often, according to IPCC projections. The planet has already warmed 1.1 C. Though world leaders have pledged to limit warming to ideally 1.5 C by the end of the century, their current policies are on track to double that. 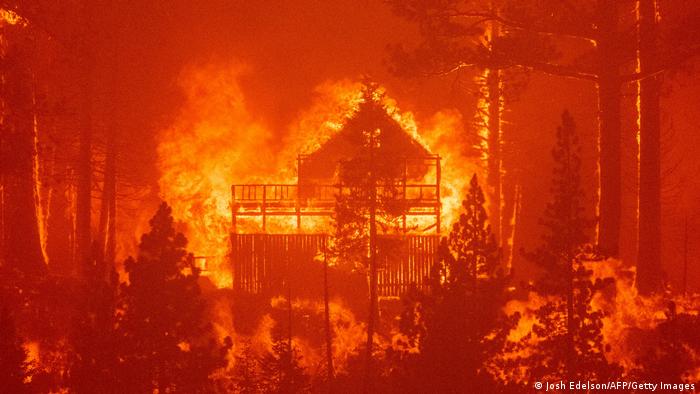 Scientists project that heat waves, droughts and wildfires will strike together more often

About 25% of the Great Barrier Reef in Australia was severely bleached last year. Coral reefs will decline by 70% to 90% percent if global warming hits 1.5 C. Virtually all the world's reefs would be lost with warming of 2 C.

But while climate change is the main driver, the resilience of a reef can also depend on stresses such as pollution and overfishing, said O'Connor, who trained as a marine scientist and has seen coral reefs before and after bleaching.

"It's like 'Finding Nemo' ... it's full of color and life," said O'Connor, referring to the popular Pixar film about fish. "When you visit a reef that's bleached due to rising ocean temperatures, all the color is gone. Everything has gone white. But not only that, it's like a graveyard: All the animals have moved out."

In the Amazon rainforest, swathes of trees have been burned to satisfy the global demand for meat, whether to clear land to graze livestock or grow soy for their feed. This has reduced the amount of carbon pollution the forest could store out of the atmosphere. Some studies suggest deforestation and global warming will accelerate forest dieback to a tipping point where the Amazon flips into dry savannah. 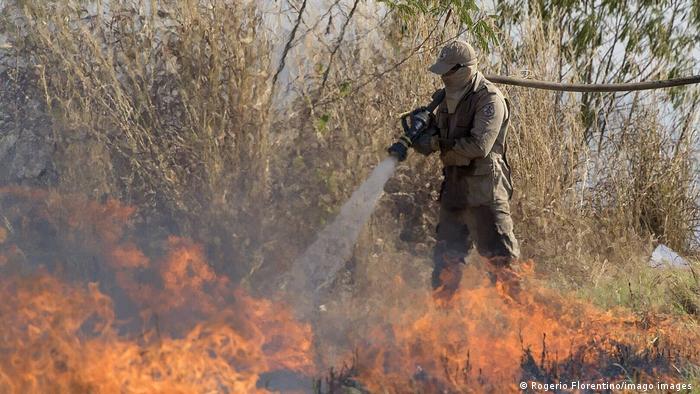 In the Yangtze River, China, the Chinese paddlefish was wiped out last year after decades of overfishing, pollution and the construction of several dams that cut the species off from its spawning ground upstream. As is the case with the coral reefs, the loss of a species in an ecosystem can be enough to bring the whole system crashing down.

The report's findings highlight how policymakers are able to narrow in on a handful of "win-win solutions" to prevent disasters, like reducing emissions or designing infrastructure with greater respect for nature. In both the Amazon and the Yangtze, the authors wrote, people altered landscapes to harness economically valuable resources, yet too often failed to account for the environmental costs.

This report also reflects on the cost of ignoring those links between disasters and pushing solutions that make other extremes worse. The dams that contributed to the death of the Chinese paddlefish, for instance, generate clean electricity and provide an alternative to burning fossil fuels. In some cases, the trade-off may not be worth it. In others, targeted policies can offset the damage.

"We can't afford anymore to take short-sighted solutions that end up biting us later on," said O'Connor. "We need to be better."

The polar vortex is contributing to an icy winter in the Northern Hemisphere after all. Here's how the weather phenomenon comes about.