Taliban leader Mullah Akhtar Mansoor has reportedly been shot and injured in Pakistan. In July, Mansoor succeded Mullah Omar, whose death was confirmed by the Afghan government. Who is Mansoor, and what led to his rise? 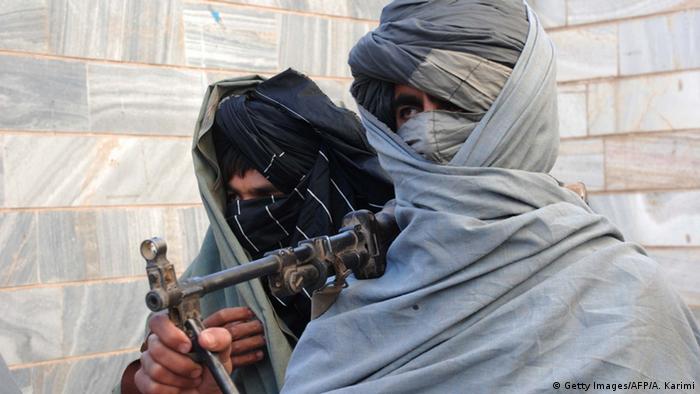 Mullah Mohammad Akhtar Mansoor, who was confirmed by the militant group as its new leader in July, is as mysterious and secretive as the Taliban's former head Mullah Omar. No picture or video of the new Taliban chief is available. But in other respects, Mansoor is an entirely different person.

"Mansoor has a more practical vision for the Taliban movement compared to that of his predecessor," Wahid Muzhda, a former Taliban official, told DW. "We can say that Mansoor is pragmatic because in 2013 he convinced other Taliban leaders to open the group's political office in Qatar to initiate negotiations with the West."

The Taliban office in Qatar was shut down shortly after former Afghan President Hamid Karzai opposed the move. This, however, did not change Mansoor's view that Taliban members needed to engage with the world, said Muzhda, adding that Mansoor had arranged for some Taliban members to travel to different countries.

Mansoor is believed to have joined the Taliban after the insurgent group seized control of Afghanistan's southern Kandahar province in 1994. He served as the aviation minister in the Taliban government in the late 1990s. He fled to Pakistan shortly after the US invasion of Afghanistan in 2001. His rise to prominence came in 2010 when it was revealed that US officials were holding talks with his impersonator. 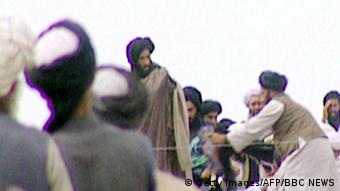 Omar, who headed the Afghan Taliban since its inception some 20 years ago, wasn't seen publicly since the US-led invasion of Afghanistan in 2001 that toppled the Taliban regime

The new Taliban amir (chief) is in his late fifties. He was born in Kandahar - a Taliban stronghold and the birthplace of the insurgent group. He was appointed as one of Mullah Omar's two deputies only in 2013 when his predecessor, Mullah Beradar, was jailed by the Pakistani authorities.

Siegfried O. Wolf, director of research at the Brussels-based South Asia Democratic Forum (SADF), said while Omar became a peripheral figure in the Taliban movement in recent years, Mullah Mansoor used the power vacuum in his favor and became one of the most influential members of the insurgent group.

"Through a double strategy of placing his loyal allies in the group and successfully eliminating rival Taliban leaders, he cunningly expanded his network and powerbase," Wolf said, adding that Mansoor continued to assume decision-making powers by taking over most of the group's day-to-day activities.

Can Mansoor keep the Taliban unified?

Still, Mansoor will face a number of challenges in his new leadership role.

"He will never be able to fill the vacuum created by Mullah Omar's death," said Ahmad Saidi, a former Afghan ambassador to Pakistan. "Omar might have been a mythical figure for the past 13 years but he was chosen by more than 1,000 religious leaders as Amir al-Momineen (leader of the faithful). Mansoor doesn't have that respect and authority."

The Taliban have announced a successor to Mullah Omar, who was reported dead by Afghan officials. But who is the new leader Akhtar Mansoor and how would his appointment affect the peace process? DW asks Michael Kugelman. (30.07.2015)

It is true that Omar's background - as a fighter who participated in the battles against the Soviets and more recently against NATO troops in Afghanistan - made him a unanimous choice leader for most of Taliban fighters. Mansoor, on the other hand, is famous for his pro-peace stance, but lacks Omar's aura and is less attractive for the younger Taliban crop.

"He will not have the same unifying power as Mullah Omar had. But he also has a reputation as a long-standing, if not founding member", says Thomas Ruttig, co-director and co-founder of the Afghanistan Analysts Network, told DW.

But Omar's death might push some Taliban commanders toward "Islamic State" (IS) - a Sunni militant group active in Syria and Iraq and looking to expand its influence to Central Asia, Afghanistan and Pakistan under the leadership of its dynamic and ruthless leader Abu Bakr al-Baghdadi. Now that Omar is gone, Baghdadi's IS could attract many Taliban fighters.

"The Taliban movement is finding itself in a deep identity crisis. Omar's death has put the whole leadership and organizational structure of the group at stake," said Wolf.

Mohammad Natiqi, former Afghan ambassador to Libya and a member of the Afghan Peace Council, is hopeful that Omar's death and Mansoor's appointment as his successor will not affect the peace process.

"The Taliban delegation we met on July 8 in the Pakistani city of Murree was directly appointed by Mullah Mansoor himself," Natiqi told DW. 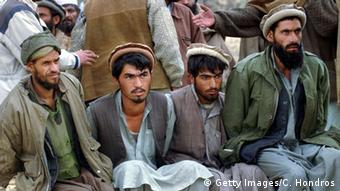 Baghdadi's IS could attract many Taliban fighters

Experts, however, have warned that if the new Taliban leader fails to keep the group united, achieving a peace deal to end the insurgency in Afghanistan will become difficult.

Ruttig said he thinks some strong Taliban groups supported by Pakistan will now aim to dominate peace talks in order to get a share in government.

"These are Mansoor's main opponents," said Ruttig. "In this context, there is a danger of a split."

A second meeting between Kabul and Taliban representatives planned for July 21 was called off on Taliban demand after the news of Mullah Omar's death broke. The Taliban also announced that their political office, a term used for the group's office in Qatar, was not involved in the recent talks with Afghan President Ashraf Ghani's representatives.

Afghan officials confirmed that the Taliban are divided on peace talks. Wolf said this will pose a challenge to the new Taliban leader.

"Mansoor's major challenge is to strike a deal with the Afghan government and at the same time convince the hardliners to stop fighting and hold the movement together," he said.