Appointment of new Taliban chief heralds ′ugly succession period′ | Asia | An in-depth look at news from across the continent | DW | 30.07.2015

The Taliban have announced a successor to Mullah Omar, who was reported dead by Afghan officials. But who is the new leader Akhtar Mansoor and how would his appointment affect the peace process? DW asks Michael Kugelman. 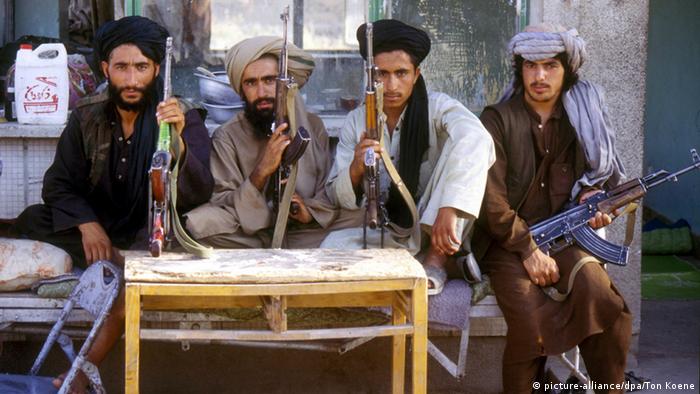 Mullah Akhtar Mansoor, who had been acting as Mullah Omar's deputy for the past three years, has been elected the Taliban's new leader by a Taliban Shura or Supreme Council. The move comes after supreme leader Mullah Omar was declared dead by the Afghan government a day earlier.

"The government of the Islamic Republic of Afghanistan, based on credible information, confirms that Mullah Mohammad Omar, leader of the Taliban, died in April 2013 in Pakistan," a statement from the office of Afghan President Ashraf Ghani read on Wednesday, July 29. A confirmation was issued by the country's intelligence services which added that the militant leader died in a Karachi hospital under suspicious circumstances, possibly due to illness.

Omar, who headed the Afghan Taliban since its inception some 20 years ago, wasn't seen publicly since the US-led invasion of Afghanistan in 2001 that toppled the Taliban regime. The death of the Taliban leader could mark a significant blow to the insurgent group, which is plagued by internal divisions and threatened by the rise of "Islamic State" (IS).

But perhaps more important for the future of the war-torn country is how both Omar's death announcement and the appointment of his successor will impact peace negotiations with the Kabul government which the militants have seeking to topple for almost 14 years. Pakistan's Foreign Ministry said on Thursday the Taliban had postponed a new round of peace talks due on July 31 due to "uncertainty" caused by the death announcement.

In a DW interview, Michael Kugelman, Afghanistan expert at the Washington-based Woodrow Wilson Center for Scholars explains why Omar's death endangers not only the peace process with Kabul but could also disintegrate the Taliban as a movement and why his "divisive" successor Mansoor could not stop it from happening.

DW: Why was Mullah Omar's death announced by the Afghan government just yesterday, especially since it claims the Taliban leader has been dead for over two years?

Michael Kugelman: This is the big question for which no one has a clear answer. Why would the Afghan government - the only entity to make the public announcement - do something that could imperil a promising peace process that Kabul desperately wants to succeed? Additionally, Kabul may have had other opportunities in the past to break the news; last year Afghan officials suggested - though they did not confirm - that Omar may be dead.

There are all kinds of possible explanations that have been floated. Since it was reportedly the Pakistanis that passed on the death information to Afghanistan, some have assumed - conspiratorially - that Pakistan sought to sabotage the peace process. The problem with this reasoning is why would Kabul then agree to broadcast this news, instead of sitting on it, in deference to the peace process?

There is also the possibility that Afghanistan had reason to think that the peace talks could face problems, and so they made this announcement to offer a way out. But the peace talks were going quite well, so I'm not not sure this would make sense.

Perhaps the likeliest explanation is that Afghanistan believes that announcing Omar's death can put all the distractions and speculations about Omar to rest, and allow the Taliban to more fully focus on peace talks. But in fact, the opposite is likely to occur - the Taliban will now be consumed by a leadership succession crisis that will distract if from talks.

Those that profit from Omar's death announcement are those that oppose the peace process. It's as simple as that.

There have been several reports about Omar's death in the past. Why is this one being taken more seriously than previous ones?

Afghan Taliban officials have verified that their leader Mullah Omar has died, appointing Mullah Akhtar Mohammad Mansour as his successor. Peace talks between the insurgency and the Afghan government have been postponed. (30.07.2015)

The 'War on Terror' after Mullah Omar and Bin Laden

Taliban leader Mullah Omar provided sanctuary to Osama bin Laden. Both men are now dead. But with the rise of Islamic State, there's no end in sight to America's 14-year-running "War on Terror." (30.07.2015)

It is unclear what the new evidence is now, and there have been conflicting explanations as to what this latest revelation contains.

Over the last 24 hours, though, I've heard all kinds of different possibilities, including one that he actually died in Afghanistan. At any rate, I am not sure that evidence is being taken more seriously now; I think it's more a matter of the Afghans deciding that now, for whatever reasons, was the right time to come forward about something they had long assumed but never confirmed.

What is your view of the Taliban's reaction so far and the appointment of Mullah Akhtar Mansoor as Omar's successor?

The Taliban has been unusually quiet. Soon after Kabul's announcement, a Taliban spokesman rejected reports of Omar's death. This was likely meant to head off, at least temporarily, more dissension within the ranks of the already fractured Taliban.

The Taliban still haven't admitted that Omar is dead, though Mullah Akhtar Mohammad Mansoor has now been appointed by the Taliban's leadership council as Omar's replacement. This is in effect an implicit way of acknowledging Omar's death. This appointment of Mansoor is not a surprise; he was long the second-in-command of the Afghan Taliban and at one point quite close to Omar.

Some analysts say the new appointment is likely to divide the militants, and that many senior figures opposed the appointment. What are your views on this?

Mansoor is absolutely a divisive figure. In an organization as fractured as the Taliban, any individual with supreme leader aspirations will be polarizing. He has taken steps in recent months to try to consolidate his power, which has involved undercutting rivals. This certainly won't add to his reputation. Just in recent weeks, a group of key commanders has sought to challenge his authority, with the hope that this challenge will enable one of Mullah Omar's sons to take over the reins of power.

The Taliban leadership council's decision is by no means the final word on this matter. In fact, it is merely the opening salvo of what will likely be a very ugly succession process. 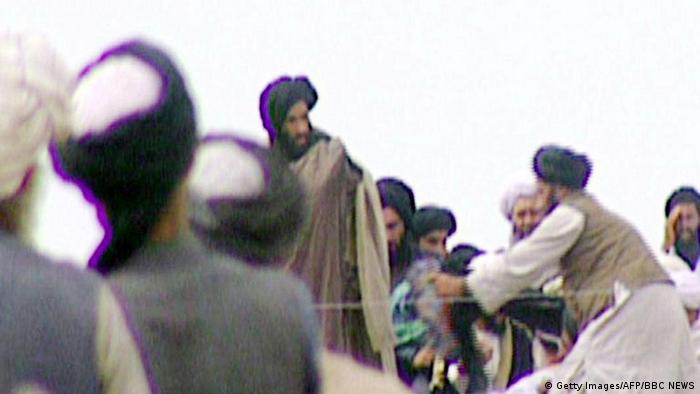 How does Omar's death affect the Afghan Taliban and its factions both politically and in terms of ideology?

Omar's death is a game-changer for the Taliban, no doubt about it. It has long been riven by fractures and infighting - driven in great part by Omar's long silence and absenteeism. The peace process has divided it further.

However, through this all, the members of all these sparring factions have been united in the view that their leader somehow, somewhere remained in charge. With the definitive departure of such a unifying force, the Taliban are poised to unravel, and could well be destroyed as we know it. I suspect it could break up into a number of different factions. Some of them could declare their allegiance to "Islamic State" (IS).

What role did Mullah Omar play in his last years as a Taliban leader?

It is unclear what role he played. He was always a reclusive figure, and I doubt he was involved in the day-to-day operations of the group when he was alive. His most important role was that of spiritual guide, and to serve as a source of inspiration and legitimacy for Taliban members -and for militants beyond the Taliban. In this sense, his chief role was to keep a splintering organization together, which he appears to have done quite well. 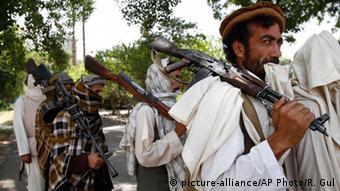 In an organization as fractured as the Taliban, any individual with supreme leader aspirations will be polarizing, says Kugelman

The question, however, is what happens now. Will Omar's eventual replacement be able to enjoy as much legitimacy as Omar did? Will he be able to unify an organization that could well be torn apart? And most importantly, will he be honored with the title of "Commander of the Faithful," an honorific that earned Omar the loyalty of Islamist militants well beyond South Asia? Given that none of the potential successors enjoys widespread support within the Taliban, I see this all as somewhat unlikely.

What impact is Omar's death likely to have on the upcoming peace talks?

The death announcement will have nothing but deleterious impacts on the peace process. Already the next round of talks - scheduled for Friday - has been postponed at the Taliban's request. The death announcement will sharpen divisions within the Taliban and compel various factions to make a claim for leadership, and overall the organization will face a major crisis and make it difficult to focus on peace talks. Also, until the leadership transition is addressed once and for all, the Taliban will not be able to serve at the negotiating table as a common front. This suggests that anything it says in talks would not be particularly credible. 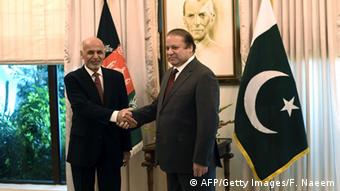 Kugelman: 'The death announcement will have nothing but deleterious impacts on the peace process'

The talks are certainly not dead, but they have lost their momentum. The challenge will be gaining that momentum back. That will be no problem from the Afghan government side or from the various other state actors involved. However, the Taliban will be the key: How long will it take for it to have a new leader in place with legitimacy and who can represent the group at talks?

Afghans fear for their safety amid growing violence 23.04.2022

Recent attacks in Afghanistan appear to have targeted places of worship at busy hours, leaving Afghans fearing for their security. Many are blaming the ruling Taliban for not protecting citizens.