As the world body released a "wake-up call" on the impact of extreme weather, Mozambique has announced a spike in cholera cases. The illnesses are a direct result of Cyclone Idai, which has ravaged the country. 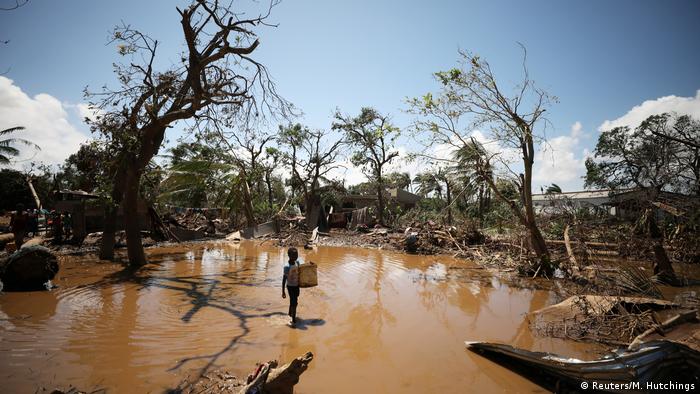 DW reporter Arcenia Sebastiao reports that 139 cases of cholera were reported in the Mozambique port town of Beira on Thursday. The number, announced by national health official Ussein Isse, represents an significant jump from the five cases previously reported.

Beira, which was devastated by Cyclone Idai on March 15, had been without water until just three days ago. Although tap water is now available, authorities are warning residents that they must disinfect it before drinking.

The news comes on the same day that the United Nations' World Meteorological Organization (WMO) released a new report on the impact of climate change on world health.

The paper, which UN Secretary-General Antonio Guterres described as a "wake up call," reports that extreme weather affected people and development on every continent in 2018.

Guterres, who admonished world leaders before the UN climate summit last September by telling them "don't come with a speech — come with a plan," said: "The average number of people exposed to heatwaves has increased by some 125 million since the beginning of the century, with deadly consequences."

The WMO report says that some 62 million people were directly affected by extreme weather and climate in 2018.

The organization registered more than 1,600 deaths as a result of heatwaves and wildfires in Europe, Japan and the United States, and according to WMO data, some 35 million people were affected by flooding.