Recent attacks in Ethiopia, Kenya and Nigeria suggest a rise in Islamic terrorism across Africa. But motivations behind the attacks are varied. Long-term problems, and not religion, could explain some of the attacks. 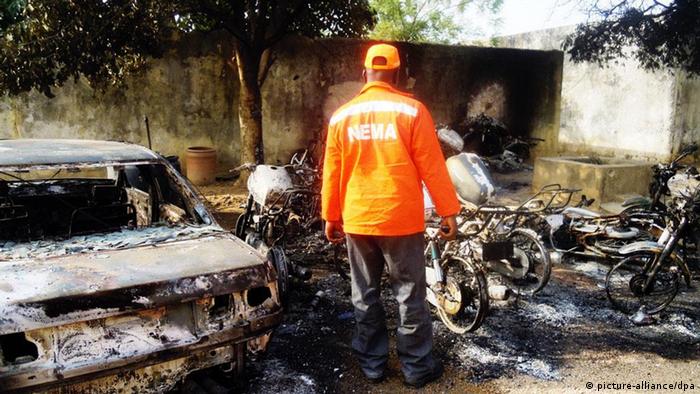 Terrorism was a grimly recurrent theme throughout Africa over the weekend and through Monday. Five people were shot dead at a farm in Ethiopia, a grenade attack killed one person and injured 15 others in a church in Kenya, and gunmen killed up to 20 Christian worshippers during a church service in Nigeria.

Ethiopia has seen conflicts between Christians and Muslims before. Authorities have arrested suspects in the farm shooting, but it remains unclear whether they were acting alone or on behalf of a political group.

No one has claimed responsibility for the Nigerian attack. However, radical Islamist sect Boko Haram is a leading suspect. The group has been linked to al-Qaeda and held responsible for similar attacks.

Meanwhile in Kenya, authorities have blamed Somalia-based al Shebab Islamist militants for the church bombing. The group has a publicly claimed affiliation with al-Qaeda. 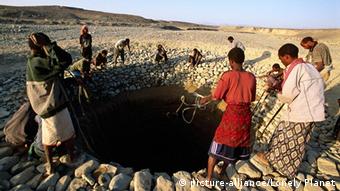 In water-poor Ethiopia, issues such as land usage are often responsible for conflict

The shooting in Ethiopia remains a mystery to the authorities. The country has seen conflicts between Christians and Muslims before. But it appears the attack, which occurred on a private farm, was due to a local issue such as land grabbing.

The attack marked the second deadly shooting in the region in recent weeks. In March, an attack on a public bus resulted in 19 deaths. The government said "anti-peace" elements were responsible for the killings.

However, Brian Singoro Wanyama, a political scientist at Kenya's Muliro University, says the attack could just as easily have been carried out by a local crime group called the Mungiki. The group traditionally has opposed Christianity, too. 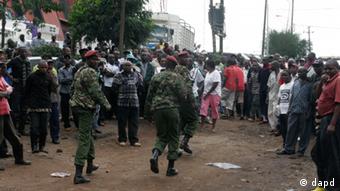 Escalation on the way?

"The Mungiki is a banned group from central Kenya. Maybe they want to cause fear amongst the people," Wanyama told DW. "Another factor could be the coming elections. Maybe people just want to take advantage and raise the temperature."

John Campbell, an Africa expert with the Council on Foreign Relations organization, said it would be wrong to view the Kenya attack as the start of a major terrorism trend in the country.

"I would be very cautious about that," he told DW. "The origins of this attack in Kenya remain to be seen."

Ahmed Mohamed is a journalist based in the northern Nigerian city of Maiduguri, one of Boko Haram's strongholds. He said Monday's attack during a church service at a university was part of the group's efforts to destabilize the nation. Before the incident, attacks were concentrated on government institutions and media organizations. 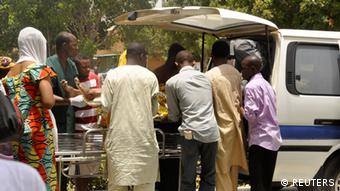 "Now, if Christians return fire, the whole country will be in chaos," Mohamed said. "It would be a return to Muslims killing Christians and Christians killing Muslims. Without intervention by leaders in the Christian community, there will probably be retaliatory actions in many parts of the country."

Ransome Bello, the chairman of an association of churches in the region, described the attacks as "barbaric and condemnable." He called on Christians not to retaliate, saying the best answer is prayer.

"Many people are losing confidence in the government's ability to protect them," Mohamed told DW.

Campbell, however, said he does not see religious motives behind the attacks in Kenya and Nigeria.

"Boko Haram is focused on interior Nigerian issues," he explained. "If it has any contact with other Islamic groups outside of Nigeria, they are small and not particularly significant."

A suicide bomber has missed a police commissioner, but killed at least 6 other people in Nigeria's northeastern city of Jalingo. The attack on the police convoy follows two fatal attacks on church worshippers. (30.04.2012)

Gunmen on motorcycles have killed at least 16 people on a campus in the northern Nigerian city of Kano. Bombs were thrown into a lecture room being used for a Catholic Mass. Worshippers fled and were shot dead outside. (29.04.2012)

Explosion in Nairobi church kills one

A grenade thrown by a worshipper in a Nairobi church has killed at least one person and injured several others. It is the latest in a string of deadly attacks in the capital blamed on Islamist militants from Somalia. (29.04.2012)