Mosul Dam engineers deride US warnings of collapse | Middle East | News and analysis of events in the Arab world | DW | 26.04.2016

US warnings that the Mosul Dam in Iraq is on the verge of collapse are mostly propaganda, local engineers say who have worked on it for years. Judit Neurink reports from Mosul Dam. 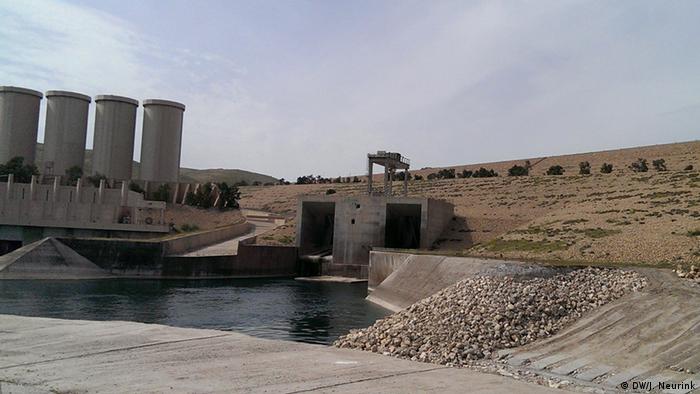 "Look at the water level; see how far below the normal levels it is." Marwan points to the markings at the emergency outlet of the lake behind Iraq's infamous Mosul Dam, that according to American warnings is about to collapse. But standing at the dam overlooking the still blue lake that reaches to the horizon, nothing seems to point to an imminent disaster. Which is exactly the point engineers like Marwan who work at the dam are making.

Since February US authorities have been issuing warnings that the dam could collapse any day. They produced maps to show that the enormous amount of water would flood not only Mosul within hours, but also downstream Tigris cities like Tikrit and Baghdad. The message to civilians is to put about six kilometers between themselves and the river, for if nothing is done the death toll could reach over a million.

But the dam has been known to be instable for years, and engineers working there are not impressed. "Nobody has asked us to leave," Marwan, who has been working at the power plant of the dam for almost 30 years, told DW. Like most engineers he lives in a village next to the dam that will be hit first if it collapses. But that is not even possible right now, he claims: "The water level is too low for this to happen, and we are careful not to let it rise too much."

His colleague Khaleel pipes in: "When my wife called me after she heard of the warning, I told her that I was working as normal."

To visit the engineers in their village of low prefab houses that the ousted Iraqi dictator Saddam Hussein had built in the 1980s, DW sneaked into the militarized zone the Kurdish peshmerga troops in control of the dam have put in place. That's also why the engineers who were willing to be interviewed did not want reveal their real names and identities for fear of losing their jobs.

Their story is not only confirmed by a third colleague working at the dam, but also the Iraqi minister of Water Resources, Muhsin al-Shammari. He told Reuters news agency recently that "the looming danger to the Mosul dam is one in a thousand. This risk level is present in all the world's dams." 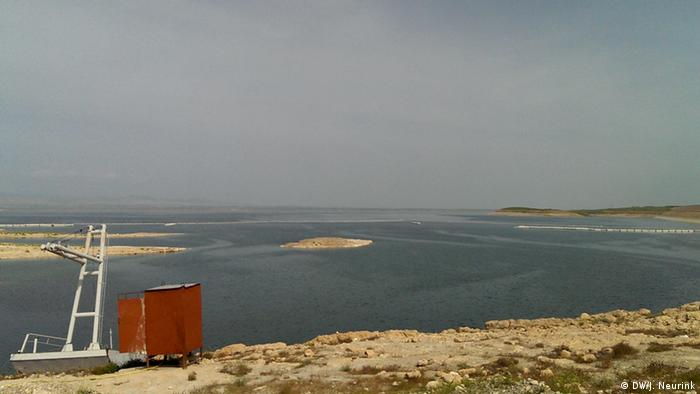 Khaleel, who's been working at the dam for 23 years, is involved in the operation to inject cement into the spongy soil underneath the dam. From the beginning, the ground was considered not fit to build a dam on, but Saddam Hussein still went ahead. Soon after its completion in 1984, leaking was caused by soil gaps, and the injecting of cement has been going on ever since.

Work was halted for about a month when fighters of the "Islamic State" (IS) group captured the dam and the surrounding area in July 2014.

The only visible signs of their presence are the completely flattened villages on the road to the dam, where locals supported and helped IS. They were destroyed after the Kurds recaptured them. The whole area is now under military control, with a defence wall and control posts to make sure IS, which is still firing missiles at the Kurds here, does not get a second chance to take the dam.

Danger below the surface?

But less visible is the damage caused by the pause in the cement injections. It cannot be detected at the levels that his equipment can reach, says Khaleel. "But what it looks like below the 120-meters mark we simply do not know."

US army engineers have placed sensors on the dam, and base their warning on the readings. They claim the gaps in the soil are forming faster than concrete gets injected. "Only they have the data, we do not," Khaleel complains.

Professor Kamel al-Mohsin, who specializes in dams and water resources at Mosul University, confirms the problem. The Americans, he says, monopolize their data, without it nobody really knows what is going on. "I only have a report, but none of the measurements it is based on," he told DW.

Although the professor thinks one should take the American warning seriously, as "they are experts; they have some 10,000 dams themselves," and even though he worries about his family in Mosul in case of a flood, at the same time he admits that he does not think that "the danger is imminent."

One of the defects the Americans base their warnings on - the sluice door in the dam that is not opening - does not worry him. It can be repaired, and for the time being the other one can be used to discharge water into the Tigris. 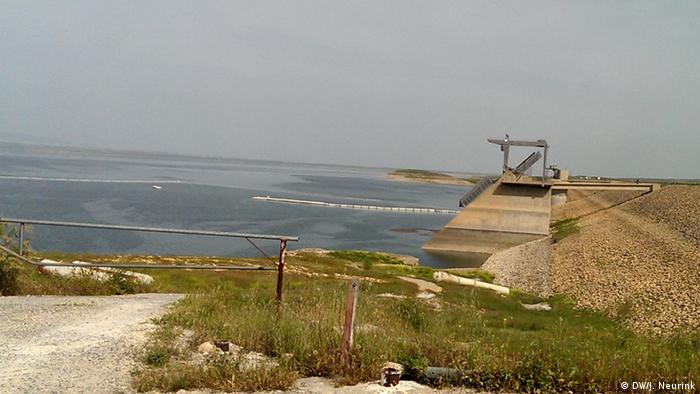 The water level in the lake and the pressure on the dam wall both remain stable because water is continuously fed into the power plant. That electricity fed into the Iraqi power net, but since IS captured Mosul in June 2014 it has become the main profiteer. However controversial, to divert the electricity flow would need major investments, says Marwan. "At the same time we cannot close the plant, as the pressure of the water on the dam would reach dangerous levels."

"Last month, there were TV reports that the Mosul dam would collapse at eight in the morning," Marwan recounts with a smile. He sat with some colleagues in his underground office and waited. "Nothing happened. A month on, still everything is quiet."

Even so, the Americans recently repeated their warning, and demanded that NGO's working locally for the 2 million refugees and IDP's, who fled from IS to the Iraqi Kurdistan Region, come up with evacuation plans.

The local engineers consider this warning "70 percent" as propaganda meant for IS. "It's meant to scare off IS. But it did not even react," Marwan said.

Professor Al-Mohsin suggests building a wall on top of the dam to stabilize it and prevent it from overflowing - a project that would take years to finish. The local engineers also stress that the situation is not acute. For instance, there are still American engineers working on the dam and they live in their village too. Surely they would have been evacuated if the danger was really acute?

And finally experiences from the past indicate that the dam is stronger than it seems. "Both in 1988 and 1991 the water levels almost reached maximum, only two more meters and the dam would have overflowed. The pressure on the dam was at its peak. On top of that, the Americans bombed the power plant in 1991 in their war against Saddam, putting extra stress on the dam. And despite all this, it did not break," Marwan said.

Russia suspends its mission to NATO