'Most intense bombardment': Battle for Syria's Aleppo rages on

Aleppo has turned into the largest battleground since Syria's conflict erupted in 2011, according to the UN's head. More than 200 people have been killed since the Syrian army launched their latest siege of the city. 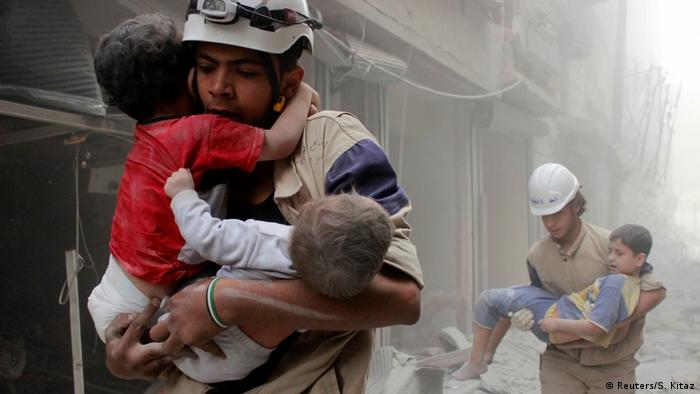 Rebel-held districts of the northern Syrian city have again come under intense air and artillery fire. Syria's army has also seized ground north of Aleppo, although the latest reports suggest rebels are retaliating.

Hundreds of thousands of civilians remained trapped in Aleppo on Sunday, three days into a Syrian army-led offensive aimed at seizing rebel-held areas of the country's former economic capital.

Monitoring groups reported that at least 49 people had been killed Saturday, including 11 children, with rescuers unable to reach affected areas. At least five people were killed in a government-held neighborhood, Syrian state television reported.

The British-based Syrian Observatory for Human Rights put the death toll at more than 200 since Thursday, when the Syrian army announced "the start of its operations in the eastern district of Aleppo." Syria's armed forces called on civilians to flee areas near "the headquarters and positions of armed terrorist gangs."

The Syrian government reserves the term "terrorist" for groups fighting to oust President Bashar al-Assad, including US-backed rebels and the "Islamic State" (IS) militant group.

The UN urged warring parties to "stop attacks on water infrastructure," considered a war crime under additional protocol of the Geneva Conventions. 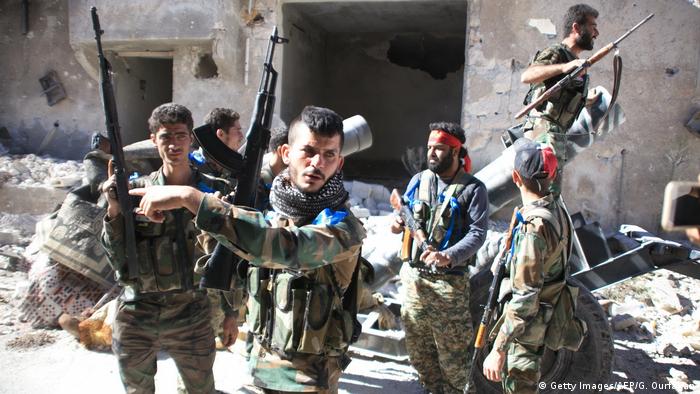 Syrian government forces claimed they entered the largely deserted Palestinian refugee camp Handarat, north of Aleppo, on Saturday. But rebels said they wrestled it back from the regime

Ahead of Sunday's United Nations Security Council meeting, UN Secretary-General Ban Ki-moon condemned what he called the "most sustained and intense bombardment since the start of the Syrian conflict" in 2011.

However, Syrian Foreign Minister Walid Muallem told the UN that the involvement of Russia, Iran and Hezbollah, Lebanon's Shiite militant group, has shown who Damascus' "true friends" are.

"Our belief in victory is even greater now that the Syrian Arab Army is making great strides in its war against terrorism, with the support of the true friends of the Syrian people," he said.

Muallem also reiterated that the US-led coalition airstrike that killed at least 62 Syrian soldiers on September 17 was "intentional," despite Washington's claims that it was an error.

In a parallel move outside Aleppo, rebels, including the jihadist Jund al-Aqsa group, seized two villages, Maan and al-Kabariya, in northern Hama province, close to the coastal heartland of Assad's minority Alawite community.

In Homs itself, a convoy of 36 aid trucks had reached the rebel-held district of Waer, according to the International Committee of the Red Cross.

Denials of access to food, water and medicines have been used repeatedly by all sides in the nearly six-year war.

More than 300,000 people have been killed and half the population displaced since 2011, when regime forces launched a brutal crackdown on peaceful protesters calling for Assad to step down.