Across Morocco, hundreds of people held vigils in memory of the murdered Scandinavian backpackers. The two Norwegian and Danish students were killed by suspected jihadis in the Atlas Mountains. 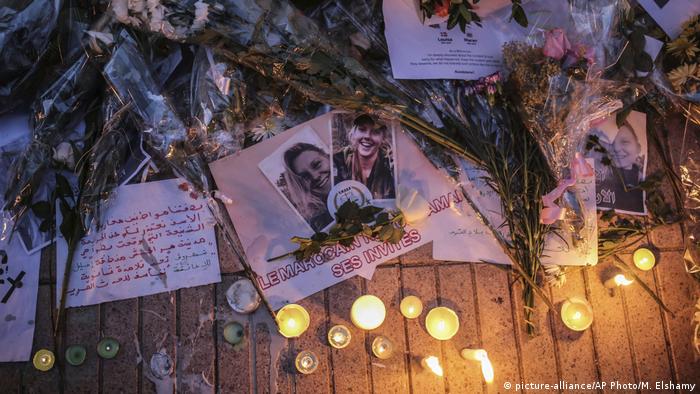 Crowds gathered outside the Danish and Norwegian embassies in Rabat to mourn the two women who were killed in the Atlas Mountains. Authorities have said they were killed by four people with links to the "Islamic State" group who then posted a shocking video of the killing online.

"Words cannot describe this barbaric crime," said Khalil Bensalmi, in his fifties, who bought his two daughters. "This doesn't at all represent Moroccan society or its pacifist culture."

Ratiba Naji, a housewife, said: "It's horrendous. These girls deserve life. Their parents must be devastated. I am sorry." 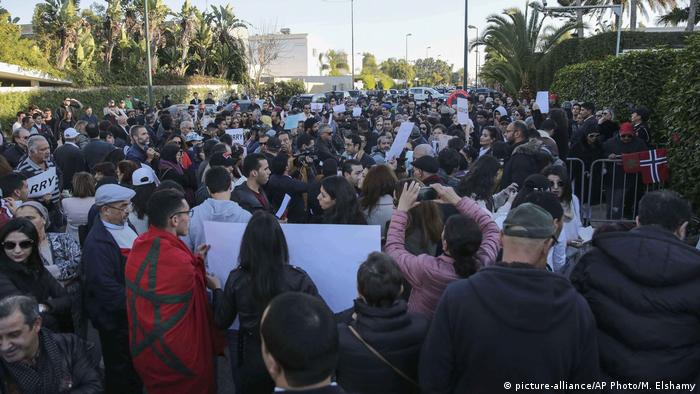 Vigils were held in Rabat, Marrakesh and Imlil

The group first assembled outside the Norwegian Embassy, where they read a letter in memory of the women and held a tearful moment of silence. They then moved on to the Danish Embassy where candles were lit in honor of the students.

"I am deeply touched by the kind reactions of the Moroccan people after the tragic event," the Norwegian ambassador to Morocco said in a statement. The Danish ambassador also thanked the people of Morocco.

Hundreds of people also turned out for a vigil in the southern village of Imlil, near where their bodies were found, as well as in the tourist hub of Marrakesh.

The suspected jihadi killings have shaken the tourism-reliant country, which has largely avoided terrorist incidents.