With thousands now displaced from Greece's largest migrant camp, several German states are again offering to take in many of the refugees. They face one big problem: getting permission from Merkel's government. 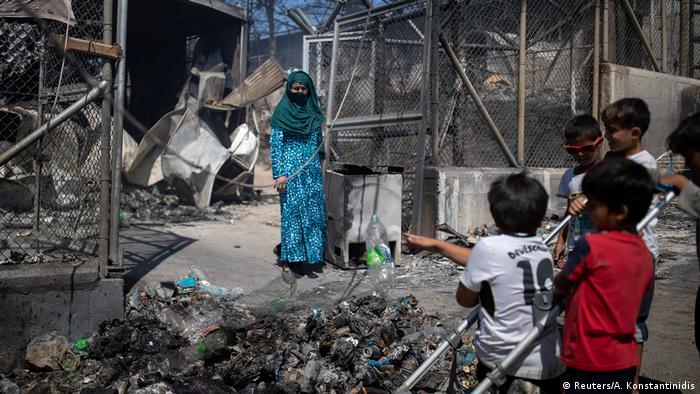 The devastating fires at Greece's Moria refugee camp have quickly reignited a debate over refugee policy in Germany — with German state leaders doubling down on efforts to strike out on their own to offer aid.

Armin Laschet, who heads Germany's most populous state North Rhine-Westphalia, offered to take in some 1,000 people from the camp on Wednesday.

Read more: Armin Laschet had to cut short a visit to Moria in August

Similar pledges came from state leaders and officials in Berlin, Thuringia and Brandenburg — all offering to resettle some of the thousands of people at the Moria camp who were displaced by the blaze.

"The news out of the refugee camp in Moria, Greece deeply shocks me. This is a humanitarian catastrophe that no one can turn a blind eye to any longer," Berlin Mayor Michael Müller said in a statement.

Their calls for urgent action, however, have put them on a collision course with Chancellor Angela Merkel's government — which has shot down previous efforts by states to rescue refugees.

For months, German states have been trying to set up their own flights to rescue asylum-seekers from Greece's overcrowded Moria camp — with Berlin and Thuringia particularly leading the charge.

State and some city leaders argue that they have enough space and capacity to accept a portion of the refugees and have voiced anger over inaction from the federal government, stressing the urgency to act in coronavirus times.

In the end, they were stopped by Interior Minister Horst Seehofer who vetoed the state's humanitarian plans. 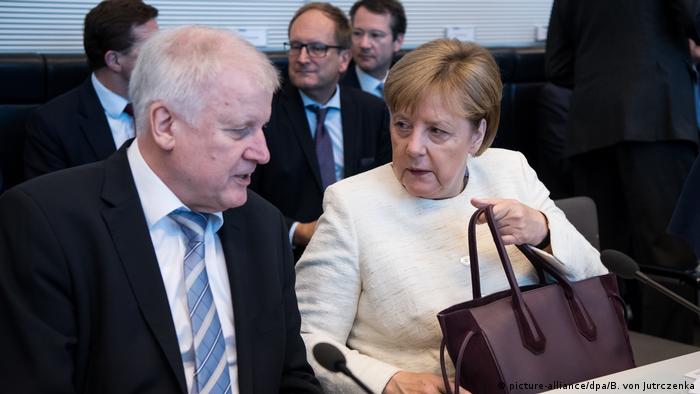 Seehofer argued that the federal government has the final say in matters of refugee policy, saying that the solution to the refugee crisis needs to be agreed by the European Union.

Read more: "We can do this!" — five years after Merkel's famous pledge to take in refugees

In the aftermath of the fire at the Moria camp, Seehofer issued a statement on Wednesday pledging to help Greece by offering to send tents and medicine — but made no mention about whether Germany would take in some of the camp's refugees.

German states have challenged Seehofer's decision in court, but a decision could take time. 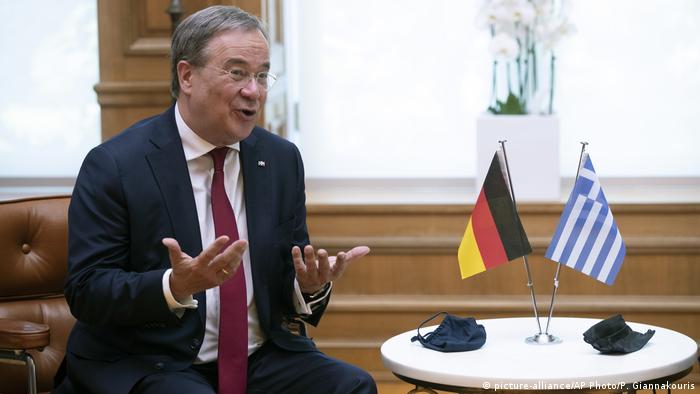 Armin Laschet, who visited Moria in August, is one of the candidates for the chairmanship of Germany's ruling party CDU.

Where does Merkel stand?

At the end of August, Chancellor Angela Merkel came out in support of her interior minister's decision to block the state's plans to rescue refugees, saying that he'd acted correctly.

While the chancellor welcomed the readiness of states and local communities to take in asylum-seekers from the packed camps, she said it could potentially hamper efforts to work out a refugee distribution system within the EU.

If all refugees are taken in by Germany, "then we will never see a European solution," she said at the time.

Humanitarian aid groups as well as German politicians took aim Seehofer's efforts to halt states from taking in migrants, with some arguing that the dire situation in the camps could have been avoided.

Joachim Stamp, the state minister for families, refugees, and integration in NRW, said it was "pathetic" that the EU allowed the situation in Moria to escalate to the point that it had.

"NRW and other states offered their help. The federal government only has to coordinate. Seehofer and [German Foreign Minister Heiko] Maas have remained inactive. This must change immediately," Stamp wrote on Twitter. "If the EU isn't in a position to humanely accommodate a few thousand migrants, then it is a declaration of bankruptcy."

"It is incomprehensible to me why the federal government is not making it possible for the cities that have declared their willingness to provide quick and solidary aid to do so," Müller said.

"We have the capacities and it is in our duty to help people in need," he added.