More tribal rights could squelch Maoist revolt in India | Asia | An in-depth look at news from across the continent | DW | 11.11.2013

For decades, India’s government has been locked in a struggle with rebels seeking to impose Maoism on the world’s largest democracy. The solution may not lie in the use of force, but rather in protecting tribal rights. 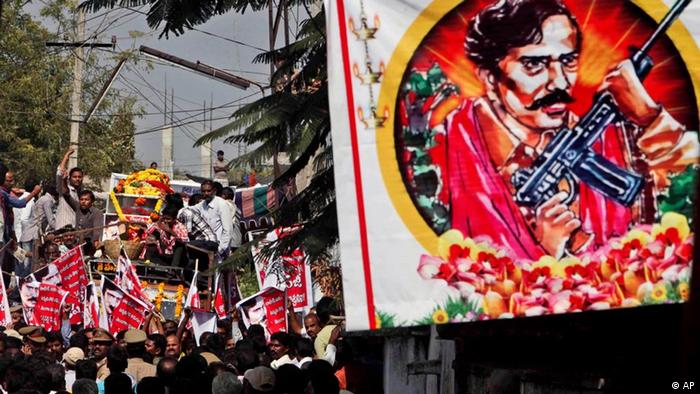 On 11 November 2013, people showed up to vote for assembly polls in the Indian State of Chattisgarh. But despite tight security, some of the polling booths were attacked by rebels seeking to boycott the vote. The recent incident is just the latest example of the cycle of violence in a region, which has become one of the world's most heavily policed.

The district of Bastar, a predominantly tribal area, located at the very heart of India has turned into the epicenter of the Maoist insurgency. It is a rebel movement which draws its roots from the teachings of late Chinese political leader Mao Zedong, the founding father of the People's Republic of China.

The birth of an insurgency 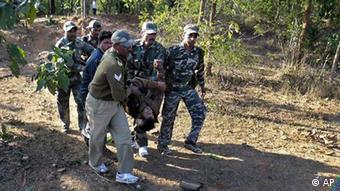 These Maoists are known in India as Naxalites. The name originates from Naxalbari, a village in West Bengal, where the uprising began in 1967. Dilip Simeon, an Indian writer and expert on Maoism, explains that the Naxalites' main goal has been to establish a communist state by implementing Mao's military-political strategy called "People's War," based on the assumption that India is today in a situation similar to that of China in the 1930s.

"India is a semi-feudal and semi-colonial society," Simeon told DW. The Maoists, whose numbers are estimated at more than 50,000, believe that the country is ruled by a servile bourgeois elite and that the whole system needs to be overthrown by an armed force, the New Delhi-based expert explains. Today, the Naxalites operate mainly in mineral-rich, isolated regions and their control area stretches from the south to the northeast of the country, including the states of Andhra Pradesh, Jharkhand, Chhattisgarh and Bihar among others.

The rebels have engaged in guerrilla-style warfare against Indian security forces, claiming to fight for the rights of what they consider to be exploited people, such as landless workers who lack access to minimum wages and basic amenities, such as health care and education.

Simeon believes the movement has managed to survive for more than four decades because of the brutal nature of economic and social relations prevailing in the Indian countryside. The nation's wave of industrialization and the development model pushed by the central government has led to displacement of millions of tribal people. 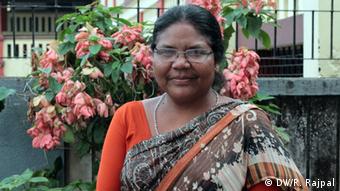 Experts argue that these forceful removals have provided Maoists with the necessary breeding ground to keep the insurgency going. "New Delhi's failure to protect the interests of the tribals has led them to lend their support to the Maoists whom they believe are fighting for their basic rights," said Dayamani Barla, a tribal activist based in the eastern state of Jharkhand.

Armed Maoist groups have frequently attacked government rallies and political leaders they accuse of protecting the interests of corporations. On May 25 this year, Naxals launched a strike in the Darbha Valley of Chhattisgarh, killing 27 people, including prominent politicians of the Congress Party who were travelling through the region.

Some critics say the Naxals have lost track of their ideology and have become a menace as they not only control parts of India's so-called tribal belt, but also resort to extortion from rich landowners and businessmen.

"They threaten us with union strike and destroy our equipment if we refuse to pay them," Manoj Kumar Gupta, owner of three power plants in Chhattisgarh and Jharkhand told DW. Gupta and his peers pay protection money to the insurgents in order to ensure a smooth running of their business.

Indian Prime Minister Manmohan Singh once referred to Naxalism as "the single biggest internal security challenge ever faced by our country." The government continues to use police forces to raid Maoist bases and catch top rebels in the hope of uprooting the rebellion. According to the South Asia Terrorism Portal, almost 15,000 Naxalites were killed, arrested or forced to surrender between 2007 and 2012 alone.

Professor Haragopal, a political analyst at the Tata Institute of Social Sciences in Hyderabad says the spiral of violence and counter-violence has been on the rise because both parties to the conflict deeply mistrust one another, leading to the failure of all efforts to find a political solution.

Haragopal insists, however, that there are solutions. "A vibrant and active civil society needs to apply moral pressure on the Maoists, thus making them adhere to constitutional norms and the rule of law." Both parties, he adds, have overstepped the rule of law and in the process of confrontation, the violence continues to escalate.

Experts argue that India's current development model, which gives priority to industry, resulting in the displacement of millions of people, needs to be re-examined, if a solution to this decades-long unrest is ever to be found, Haragopal said.

India's democracy threatened from within

With 1.2 billion people, India takes pride in being the world's largest democracy. But 66 years after independence from Britain, various elements threaten the unity of the nation. (20.08.2013)

Suspected Maoist rebels, perhaps numbering as many as 200, have attacked a convoy carrying local leaders and supporters of the Congress party. At least 23 people were killed and 32 wounded in a landmine and gun attack. (26.05.2013)

The recruitment of child soldiers in India appears to be rampant, with hundreds of children involved in armed conflicts. A report notes that children are used extensively by insurgents and, at times, the state. (09.05.2013)