The recruitment of child soldiers in India appears to be rampant, with hundreds of children involved in armed conflicts. A report notes that children are used extensively by insurgents and, at times, the state. 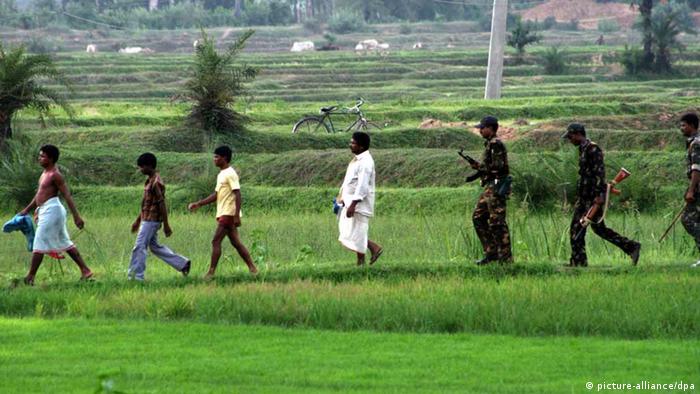 In April last year, three teenage boys were kidnapped by suspected members of an underground group in the northeastern state of Manipur.

The parents of the missing boys filed a report at the local police station but they have never been seen since, having vanished without a trace. It's not uncommon in the Indian state, which has a notoriously high rate of children being kidnapped to become soldiers.

But it's not only there. In the eastern state of Orissa, five girls, all in their early teens, laid down their arms in front of police officials last year after they were forcibly abducted from their village by Maoist rebels in 2008.

"I was trained to hold the gun and we were also trained to run and attack," said Shanti Soy, one of the five girls who surrendered. "They then sent us to the field to fight their battles. I was involved in some attacks." 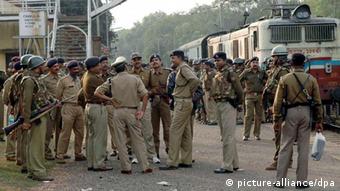 Thousands of children across India are taken, trained and forced to take part in attacks

Stark testimonies of child soldiers caught in various theaters of conflict, who were forcibly abducted by armed insurgent groups and Maoist rebels, have been documented in the first ever comprehensive study of the subject in India.

Titled "India's Child Soldiers", the report brought out by the Asian Centre for Human Rights (ACHR) also comes down heavily on the Indian government. It claims the recruitment of child soldiers by the officially designated terror groups was concealed by New Delhi from the UN Committee on the Rights of the Child.

"There are at least 3,000 children who are compulsorily abducted by armed groups in the country's northeast and in Jammu and Kashmir. A majority of them are drafted by Maoist rebels in six states," Suhas Chakma, ACHR's director told DW, adding that ministers at the highest level were aware of the phenomenon.

"The recruitment of child soldiers is known to Indian government as hundreds of child soldiers have surrendered in front of none other than India's former Home Minister P Chidambaram, among others," added Chakma.

The report claims that the government is unwilling to recognize that non-international conflicts exist within India's borders and provides no information about the recruitment of child soldiers by armed opposition groups. It describes the situation as "absurd."

Many of the insurgent groups recruit children, irrespective of their ideology or origin and place of operation - not necessarily only for combat purposes - the report said. 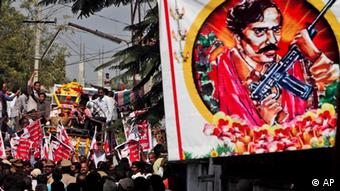 Chakma further pointed out that ACHR estimate of how many child soldiers are in the rebels' ranks is conservative. He claimed Maoists "follow the policy of forcibly recruiting at least one cadre from each indigenous family."

The report also notes that hundreds of children below 18 years have been recruited as "boy orderlies" by the police in the central states of Madhya Pradesh and Chhattisgarh.

"These children are not only denied the right to education but deployed with the forces who are engaged in counter insurgency.  Indian security forces have in the past used children as spies and messengers," Gladston Dungdung, the general secretary of the Jharkhand Human Rights Movement, told DW.

The Indian government, however, denies this allegation.

During their extensive investigation, researchers found that the problem was especially acute in the rural pockets of Maoist-affected states where children as young as 12 years old were forcibly taken away from families.

"These children, who are supposed to get a decent education, know more about guns, grenades and ambushes," said Dungdung. "It is a frightening proposition and that is why families in fear have sent off their children to the bigger cities for their safety."

In India, surrender and rehabilitation policies exist in troubled areas such as Jammu and Kashmir and the North Eastern states. However, none of the policies is focused on children recruited by armed opposition groups.

"This is a serious situation and a matter of concern. There are set protocols in place for the police where children of conflict must be seen as victims of circumstance and not perpetrators of violence," Shanta Sinha, chairman of the National Commission for Protection of Child Rights told DW. 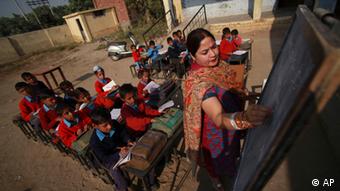 ACHR complains the government is depriving some children of an education

In Sinha's reckoning, children trapped in conflict zones must be "seamlessly integrated" into the education system and authorities play a more pro-active role in their rehabilitation.

India's internal armed conflicts currently afflict 197 out of a total of 640 districts. Of these, nearly 100 districts have been declared to be affected by left-wing extremism.

To tackle the problem, the report says the government needs to put rehabilitations schemes in place, raise public awareness of child recruitment. It also needs to prevent boys being used to carry out work on behalf of security forces.

The report's first recommendation, though, is that the government acknowledge the problem exists.

Juvenile justice is non-existent in conflict-ridden parts of India. Children are treated as adults and many are subjected to gross human rights violations claims a scathing report by the Asian Centre for Human Rights. (01.04.2013)

Indians fear a new wave of terrorism after four bomb explosions in the western industrial Indian city of Pune. Experts fear the attacks will have a negative effect on investment. (03.08.2012)

The killing of 19 people in an anti-Maoist operation in Chhattisgarh, the epicenter of left-extremist violence in India, has kicked up a big storm with activists claiming that women and children were among those slain. (06.07.2012)