Suspected Maoist rebels, perhaps numbering as many as 200, have attacked a convoy carrying local leaders and supporters of the Congress party. At least 23 people were killed and 32 wounded in a landmine and gun attack. 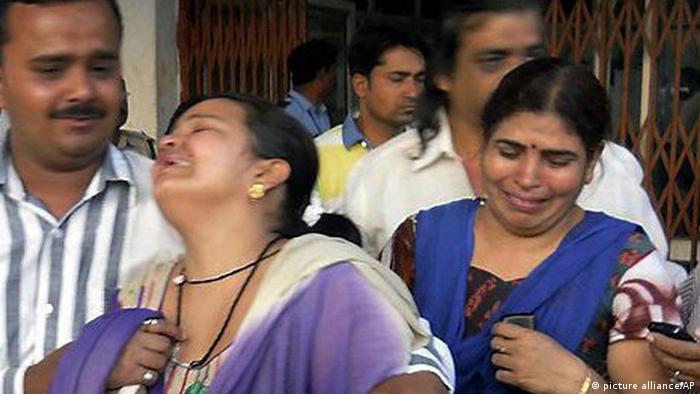 Police said some 200 people, believed to be Maoist rebels, took part in the ambush on Saturday in India's central state of Chhattisgarh. The attackers blocked a road to halt a convoy, detonated a landmine at the point of the ambush, and then opened fire before fleeing. The convoy was on its way back from a party rally.

"The total number of dead now stands at 23. We can also confirm that 32 people are injured, most of them seriously," state police director general Ramniwas, who goes by one name, told news agency AFP.

Fifteen party leaders and workers were among the dead, police said, including Chhattisgarh Congress chief Nand Kumal Patel and his son Dinesh.

Police also identified Mahendra Karma, a Congress leader in the state, as one of those killed in the attack. He had founded a local militia seeking to combat Maoists, an organization that was later scaled back amid claims of mistreatment.

The Congress party is the main opposition group in Chhattisgarh and a key player at the federal level as well.

Gandhi was speaking after an emergency meeting with Prime Minister Manmohan Singh, who pledged all "necessary aid" to the regional chief minister, Raan Singh, after the attack.

Maoist rebels in India say they are fighting for the rights of tribal people and landless farmers. The Indian Home Ministry estimates that they are active in 20 of 28 states with thousands of fighters across the country.