Italy has said its coast guard saved more than 1,000 migrants in a series of rescues off the Libyan coast. It comes as the EU prepares to begin its anti-smuggling operations in the Mediterranean Sea. 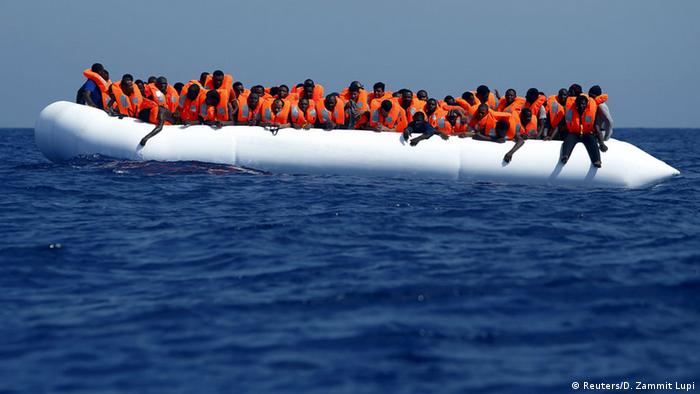 The Italian coast guard coordinated the rescue of 1,151 migrants in nearly a dozen separate operations on Monday off the coast of Libya, it said.

In one instance, a coast guard ship picked up more than 440 people from four inflatable boats.

Separately, the charity Doctors Without Borders (MSF) said one of its boats had rescued 373 people, tweeting a picture of a distressed 6-year-old child.

Libya is one of the major crossing points for African migrants trying to get to Europe. The European Union is trying to combat people smuggling and will go after suspected traffickers in the international waters of the Mediterranean Sea as of next week.

Beginning October 7, the next phase of what's known as Operation Sophia will allow naval forces belonging to EU member states to board, search and seize suspicious vessels.

The operation has so far centered on saving those drifting on the high seas, but will now include directly targeting trafficking operations.

Even peace in Syria won't put an end to the unprecedented flow of migrants into Europe, the EU's foreign policy chief, Federica Mogherini, has said. Refugees will simply continue coming from other regions. (25.09.2015)