Three percent of the world's population live outside the countries of their birth, a new UN study has reported. Despite recession the migratory trend continues, especially to the United States. 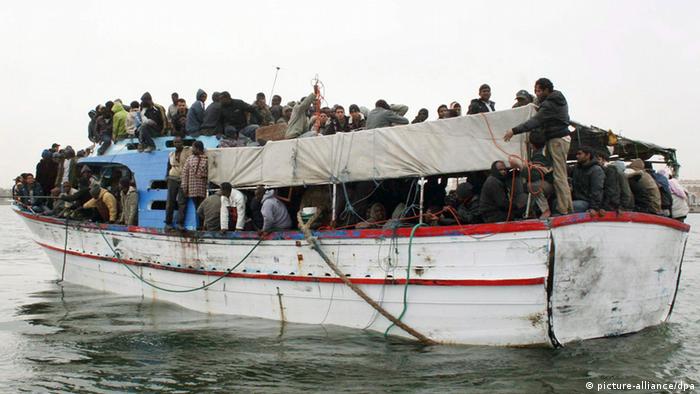 A UN study released Wednesday revealed that 232 million people, or 3.2 percent of the world's population, live outside the countries of origin in 2013. That figure compares to 175 million in 2000 and 154 million in 1990.

Migration was found to be concentrated on 10 nations, including the US, Germany, Russia and Saudi Arabia.

Despite the United States still being the world's most popular destination, Europe and Asia together host almost two-thirds of all international migrants.

The assessment compiled by the United Nations Department of Economic and Social Affairs over the past four years draws largely on national censuses. Where data is missing, estimates were extrapolated from previous counts - a task which proved most difficult in nations such as Lebanon where the last census was conducted in 1930.

"Migration broadens the opportunities available to individuals and is a crucial means of broadening access to resources and reducing poverty," he said.

One of the biggest trends noted in the report was a strong movement of citizens from the Southern Asia region to countries in Western Asia.

"What's new is enormous construction activity in West Asia, causing movement from developing countries like Bangladesh, Sri Lanka, Nepal, to move to those areas," Bela Hovy, who heads the migration section of the UN's Department of Economic and Social Affairs told the news agency IPS.

"Saudi Arabia is the biggest recipient, along with Qatar and the United Arab Emirates (UAE)."

There are roughly 2.9 million people from India currently living in the UAE.

Hovy said money earned abroad is playing a large role in development and becoming a big factor for people in those South Asian countries.

"It's good for migrant families and their countries. The kids staying behind are able to go to school and get healthcare," Hovy said.

Human Rights Watch, however, has expressed concern that workers, notably domestic workers, are vulnerable, particularly in the Middle East.

"The failure to properly regulate paid domestic work facilitates egregious abuse and exploitation, and means domestic workers who encounter such abuse have few or no means for seeking redress," the group claims.

The Republican party is looking to pin immigration, quite literally, to the governing Democrats: Dozens of migrants were flown from Texas to Martha's Vineyard in Massachusetts, known as a vacation getaway for Democrats. The White House has criticized the move as a "political stunt."