Moldova's parliament has chosen a pro-European businessman as prime minister. Its choice of Chiril Gaburici puts the impoverished former Soviet republic adjacent to Ukraine on possible collision course with Russia. 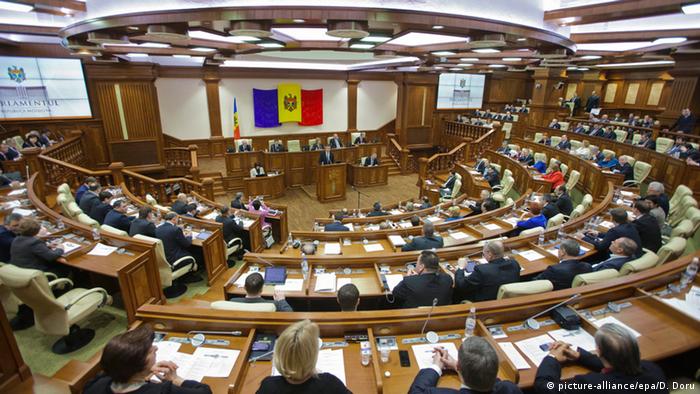 Gaburici, aged 38, said ahead of his selection by parliament in the capital Chisinau on Wednesday that complying with EU agreements would be a top priority for his new government.

Last July, Moldova ratified trade and political agreements with the EU and then elected its latest parliament aware that the separatist war in eastern Ukraine was related to the pro-Europe stance in Kyiv.

Moscow banned imports from Moldova of wine, vegetables and meat, and warned that closer ties with Europe could led to a full breakaway by the pro-Russian enclave of Trans-Dniester, just as Ukraine lost Crimea.

Gaburici, who was picked on Wednesday by 60 of parliament's 101 lawmakers, said Moldova needed "friends and partners like never before."

"It is very important that the question of Moldova's European integration remains in focus," he said.

Since early January, Moldova's central bank has repeatedly hiked interest rates and sold some foreign currency reserves to prop up the local currency, the leu, amid economic and political turmoil.

This week the currency lost a quarter of its value, leading to closed shops and growing fuel station queues.

Moldova ranks as one of the poorest nations in Europe. Some 3.6 million people lived in the wedge-shaped nation between Ukraine and EU member Romania.

An estimated one million Moldovans live abroad and remit money to help relatives.

Around 78 percent of Moldova's resident population is ethnic Romanian, while Ukrainians and Russians account for some 14 percent.

Russian-speaking Trans-Dniester, which is not internationally recognized, broke away during a short war in 1991-92 that cost around 800 lives.

The pro-European parties have gained a narrow majority in parliamentary elections in the Republic of Moldova. Now the EU must help prevent a crisis in the country, says Robert Schwartz. (01.12.2014)

Russia is "home" to half a million Moldovans. Their families - and the Moldovan economy - are dependent on the cash remittances. By denying Moldovans re-entry, Moscow is upping the pressure on the tiny republic. (21.12.2014)