An officer allegedly shot a young Black man after confusing a taser for a handgun. The shooting took place not far from the courtroom where Derek Chauvin is on trial for the murder of George Floyd. 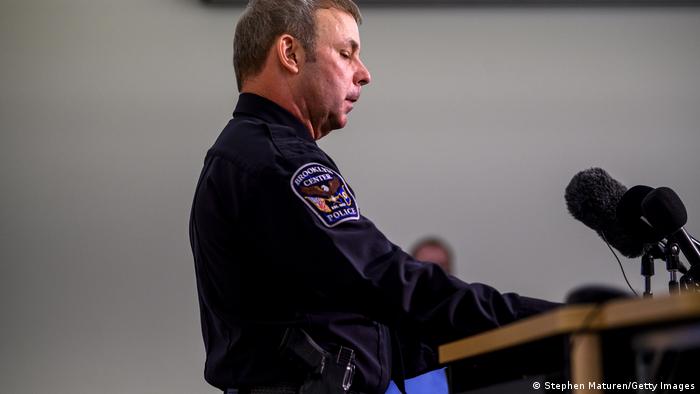 The police chief of the Minneapolis suburb where an officer fatally shot a young Black man told reporters Monday that the killing was the result of an "accidental discharge."

Daunte Wright, 20, was shot dead during a traffic stop in Brooklyn Center, a suburb of Minneapolis — not far from the courtroom where the trial against the former police officer Derek Chauvin for the murder of George Floyd is taking place.

Brooklyn Center Police Chief Tim Gannon said that the officer had fired her weapon after confusing it for a taser — she has been placed on leave pending an investigation.

"This appears to me, from what I viewed and the officers' reaction and distress immediately after, that this was an accidental discharge that resulted in the tragic death of Mr. Wright," Gannon said.

What happened during the incident?

Wright's mother said on Sunday that her son had called her to tell her that he had been pulled over by the police. She told reporters that she had heard the police tell him to get out of his vehicle. 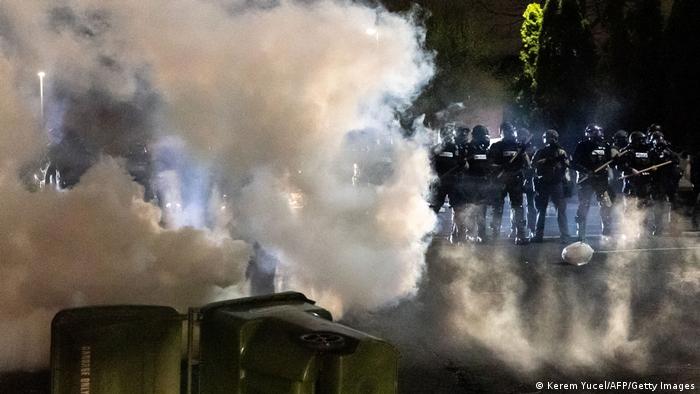 The killing of George Floyd by police last year triggered a nationwide, and even worlwide, protests against police violence

Officers discovered that there was an outstanding warrant against Wright at which point he got back into his car. Court records seen by Associated Press showed that Wright had failed to appear in court on charges of fleeing from police and gun possession without a permit.

Video footage showed a struggle between the young man and the officer. One of the police officers then shot Wright, who was able to drive a few blocks before dying at the scene.

Wright's mother said he was shot before getting back into the car.

How have people reacted to the killing?

US President Joe Biden said on Monday that the incident was "really tragic," but also called for protests to be peaceful, saying that was "absolutely no justification" for looting.

"We will get to the bottom of this, we will do all that is in our power to make sure that justice is done for Daunte Wright," Elliot said.

The Minnesota State Bureau of Criminal Apprehension has launched an investigation.

The Governor of Minnesota, Tim Walz, tweeted on Monday that the state was mourning "another life of a Black man taken by law enforcement."

"We were incredibly saddened to hear about the loss of life at the hands of law enforcement in Minnesota yesterday,'' White House press secretary Jen Psaki said.