Millions for the Berlin Wall Trail

2019, 30 years after the fall of the Berlin Wall: in this anniversary year, Berlin's local government is splashing out on an extensive renovation program. The popular tourist route is to be renewed and made barrier-free.

If you want to enjoy nature while learning about history, the Berlin Wall Trail is for you. It runs along the route where the Wall used to surround West Berlin, and has developed into a popular tourist attraction. The 162.6-kilometer trail takes you past meadows and woodlands, and sometimes through the urban jungle – past Potsdamer Platz, the East Side Gallery and Checkpoint Charlie, for instance.

Along the way, info markers tell the stories of people who were shot dead by East German border guards while trying to flee communist East Germany between 1961 and 1989, as well as of those who escaped successfully. One of the highlights along the route is the Brandenburg Gate, from which some of the first pictures of the night of November 9, 1989, when the border opened, went around the world.

Now Berlin's Senate, the body that governs the city-state, has decided to secure the Wall Trail for the future and renew it at a cost of at least 12.4 million euros ($14.3 million).

More than half the trail is in good condition. The Senate administration says several sections covering a total of eight kilometers urgently need to be renewed. In the medium to long term, deficiencies in the remaining 155 kilometers are also to be rectified. In addition, the trail is to be made barrier-free, so that it is accessible to wheelchair users and amateur athletes.

Building is set to begin in 2020 – too late for the 30th anniversary of the fall of the Wall on November 9. Despite that, in addition to exhibitions, concerts and plays, there are plans to use the Wall Trail for events. They include an ultramarathon, on August 17 and 18, during which competitors are to run nearly the entire length of the trail within 30 hours.

In addition, the city's official promotional organization, visitBerlin, plans to integrate into its "About Berlin" app a new tour that will guide visitors to important stops along the Wall and its history. 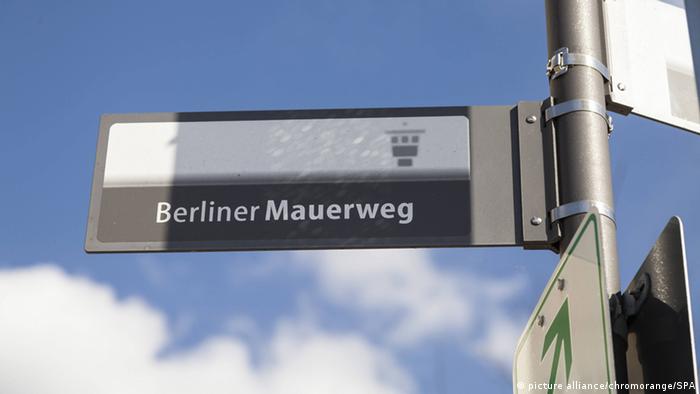 The 37-year-old had found the section in a wood in the northern part of the city in 1999. He has now made his discovery public to ensure officials preserve the historic site. (23.01.2018)

Twenty-nine years after the fall of the Berlin Wall, Thailand's capital Bangkok now also has a work of art made from original pieces of the wall. (12.11.2018)