'Milky protest' not about the chocolate pudding

The "Milky protest" is Israel's most viral online movement of the last few years. It's dealing with more than just the price of a nostalgic chocolate pudding, but who is actually behind it? 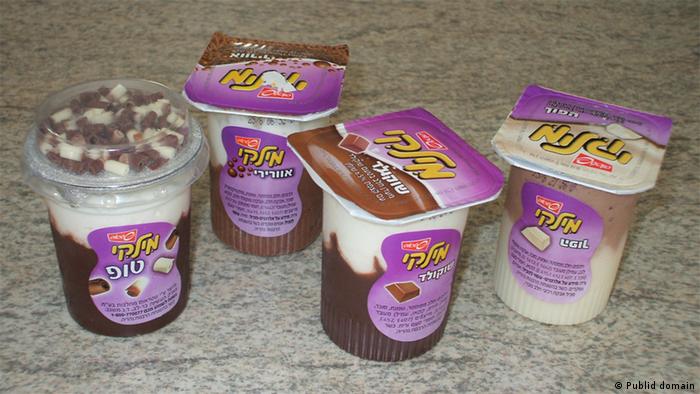 "There is no wall between us and the outside world. We can see what's happening elsewhere. I tell all of you: you are being ignored. It's time for our government to understand that if the client is not satisfied - the client can leave."

These are the words of the person behind a new Israeli Facebook page called "Moving to Berlin." The page has gained nearly 20,000 "likes" in less than three weeks, and the entire country is taking notice.

The page went viral after its operator uploaded a picture of a chocolate pudding from one of Berlin's supermarkets, its price tag showing how living expenses are cheaper in the German capital than in Israel. An online protest ran under the name "Milky protest," after a well-known Israeli pudding brand in Israel close to many peoples' hearts.

The post was so popular that the young operator, who has been living in Berlin for the last few months, decided to keep his identity secret. On Friday, however, Israel's media exposed him as 25-year-old Naor Narkis. 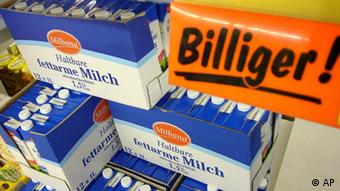 "It's not about Milky - it's about living expenses"

When DW spoke to Narkis on Friday morning, his name had not yet been leaked to Israeli media. He explained his initial choice to remain anonymous.

"Anonymity allows me to be the voice of all the people," he told DW. "Once the government has my name, it will be easier for them to attack me personally. That is much easier for them than dealing with the actual problems in Israeli society."

His page has received massive media coverage in Israel, raising the issue of high living expenses in the country. "Even if there will be millions of demonstrators it wouldn't help. The government prefers the rich," he said.

His statements have clearly not been appreciated by Israeli authorities, who have called him an anti-Zionist, traitor and a shame to his country. Israeli media outlets have claimed that he is a real estate agent, that his page is managed by several people, that it is a funded campaign or that the German government is behind it.

But Narkis, who grew up in the Tel Aviv suburb of Ramat Gan, is a real person. He has a degree in economics and served as an officer in the Israeli Defense Forces. And, he said, he is quite eager to go back to Israel one day.

Narkis' most recent post, a picture of a rental contract in Berlin, has already received more than 3,000 "likes" and almost 700 "shares." According to him, it reached 168,000 people in the first 24 hours.

The "Milky" post, although sparking the protest, only reached 86,000 people, with about 1,000 "likes" and more than 300 "shares." The success of his latest post indicates that the protest is not only about chocolate pudding prices, but about why Israel's economic problems are prompting people to leave the country.

"I received over 11,000 inquiries from Israelis that were really heartbreaking," he said. "I got a letter from a 69-year-old woman who doesn't know a single word of German. Although I can't help her, she wrote that she is willing to do everything it takes to leave. Imagine what her condition must be like if at her age, she would write something like that?"

Berlin is already home to a growing community of Israelis who have chosen to emigrate. However, the decision to move there has run up against two very sensitive issues in Israeli society: the question of going to Germany, the country which persecuted Jews only 70 years ago, and the question of remaining in Israel, the country that has sheltered them.

"I saw some reactions of Holocaust survivors to my posts and I shuddered. I understand them, but I offer a different point of view," said Narkis. 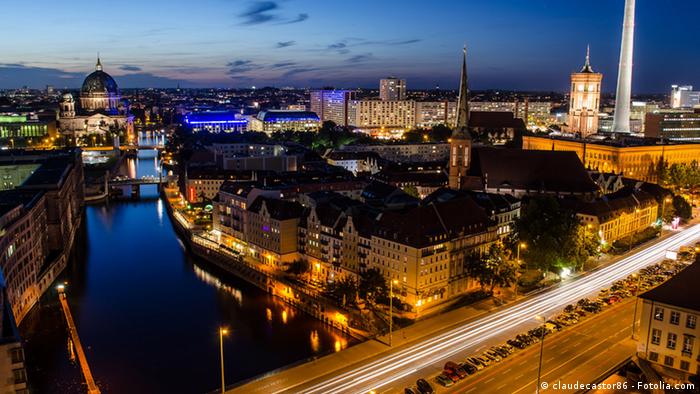 Berlin is home to a growing community of Israelis

He believes that Israeli citizens should not condone their government's economic failures. "The failing leaders are sending us to exile. The working class in Israel is humiliated. Our leaders need to do some serious reckoning, otherwise they will send an entire generation away," he said.

"Why deprive your children of food?" he argues."Why stop them from receiving an education? I don't understand how in a country which is constantly under missile attacks, an apartment costs 1.5 million Israeli shekel (about $400,000/315,500 euros) whilst in the most advanced economy in Europe an apartment costs 600,000 shekel?"

Narkis believes his posts have made the Israeli public aware that their problem does not lie with his generation, which is leaving the country, but with the people who are causing their economic hardship. And it's for that reason why he chose to speak up.

John F. Kennedy called himself one, but what really makes a Berliner? DW's Stuart Braun drifts into a protest march in his adopted city and discovers that, here, outsiders can be insiders. (17.09.2014)

In Syria and Iraq IS is still capable, but no global threat