Mideast peace efforts revived as Europe increases pressure on Israel | World| Breaking news and perspectives from around the globe | DW | 26.08.2009

Chancellor Angela Merkel has joined other world leaders in urging Israeli Prime Minister Benjamin Netanyahu to freeze the Jewish settlements in the Palestinian territories. But will that make an impression on Netanyahu? 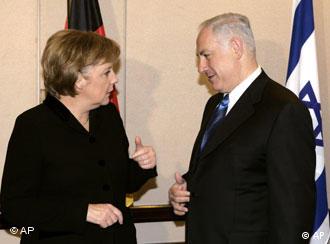 Earlier this week in talks with British Prime Minister Gordon Brown and US Middle East envoy George Mitchell in London, Benjamin Netanyahu made it clear that he wants to avoid creating new hurdles for the peace process. But in return for giving up settlements, he's making certain demands.

"The Israelis have proven four years ago, when they evacuated all of the Gaza strip," analyst Gil Yaron told Deutsche Welle, "that they are willing to pay a price, if they think that a better future will follow. But the Israeli experience with these kind of removals has been very bitter."

Silke Tempel, the editor-in-chief of the German Council's of Foreign Relations bimonthly magazine Internationale Politik (International Politics) agreed that over the past years the Palestinians in Gaza have only made things worse. "After the withdrawal from Gaza," she said, "Israel got a whole range of rocket attacks. That really did not help. It took all the courage away from left-wing politicians." 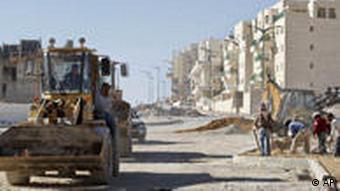 And yet, Yaron is convinced that most Israelis remain interested in a deal with the Palestinians. "Should they be presented with something tangible, something that promises them security and an end of conflict," he said, "then I think that the majority of Israelis would back a removal of settlements, even if that entails a confrontation with the settlers' movement."

Even though she doesn't see any other alternative, Tempel is not very optimistic about the likelihood of a peace deal and a two-state solution: "It's not only that it is very hard for a right-wing government to freeze the settlements," she said, "it also seems to be very hard for the Palestinian side to get into a unity government."

To Yaron, however, the Israeli prime minister has more political leeway than it may seem at first sight: "Netanyahu has potentially enough coalition partners for his own Likud Party to continue to govern," Yaron said. "There is the option of Kadima, his major opposition partner." Kadima, which is led by Tzipi Livni, refused to enter Netanyahu's coalition, because they were not convinced that he was going to press ahead with a diplomatic solution to the Palestinian problem.

But Yaron warns that this would solve only half of the problem: "There is a Palestinian partner on the other side, that is completely divided into two entities. We have the Hamas state in the Gaza strip and the Fatah state in the West Bank. There is no unity on the horizon on the Palestinian side. Whatever President Mahmoud Abbas says does not seem to be binding for Hamas."

The Palestinian divide suits the settlers. "The settler movement has a history of trying to play for time," Yaron said. "They think that time is on their side. With every day that passes they are able to extend their settlements and to create facts on the ground, that will make it even more difficult to create a Palestinian state."

Silke Tempel said she's concerned about that kind of scenario. "I think in the long run the settlements might threaten the very existence of Israel, because they might hinder the possibility that Israel can withdraw from Palestinian territory," she said. 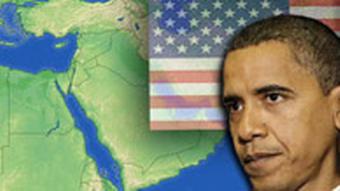 Yaron is convinced that the "pragmatic Israeli majority" is aware of the fact that "time seems not to be in their favor." But, they do have a different time frame than the West, he added. "The West wants to solve the Palestinian problem first and then look at the Middle East as a whole. The Israelis say: before we solve the Iranian problem, we cannot solve anything else, because the Iranians are the ones that are pulling the strings behind terror organisations like Hezbollah and Hamas."

In the meantime US President Barack Obama is attempting a more diplomatic approach towards Iran than his predecessor George W. Bush. For the time being, the Israeli government is willing to wait and see. "My personal guess," Gil Yaron said, "is the Israelis will wait until the middle of 2010 and then they are going to press for action. Whether that will be diplomatic, in terms of much harsher sanctions, or military, that remains to be seen."

The construction of Jewish settlements on Palestinian lands must be stopped, German Chancellor Angela Merkel told Israeli Prime Minister Benjamin Netanyahu at a meeting in Berlin. (27.08.2009)

Obama urges action on Mideast peace during meetings with Merkel

US President Barack Obama has called on the international community to redouble its efforts to help create separate Israeli and Palestinian states during a meeting with German Chancellor Angela Merkel. (05.06.2009)

Merkel urges Israel to continue with the Mideast peace process

German Chancellor Angela Merkel has urged Israel to continue with the Middle East peace process, after Benjamin Netanyahu is sworn in as the country's new Prime Minister. (01.04.2009)