The German version of the Mickey Mouse comic book series was launched 70 years ago. Thanks to the work of translator Erika Fuchs, they became cult classics. 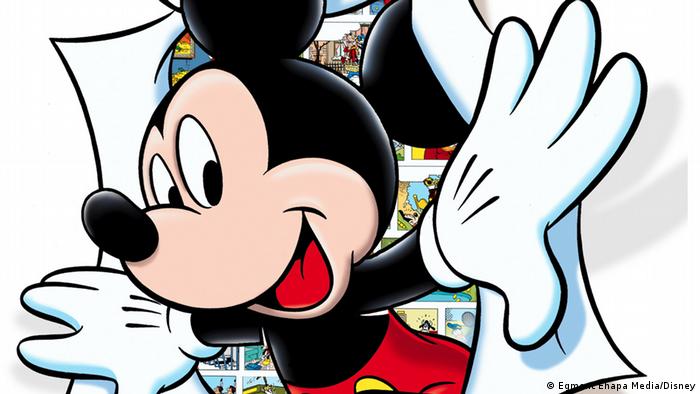 In 1951, Germany was still in reconstruction following the destruction of World War II, yet it was also already at the center of the Cold War, divided between the US-led Western Allies in the West and the Soviet Union in the East.

"Shortly after the Second World War, children and young people simply needed fun and distraction," says Marko Andric, editor-in-chief of the magazine. "And Mickey, Donald and Goofy's great stories are, of course, super for this."

However, the first issue did not generate much enthusiasm.

While the Americans and the French had already used comics to raise the morale of their troops during the war, such publications only made it to Germany after the war.

The older generation of Germans associated the magazines with the culture of the Allies — and rejected them. In the early 1950s, they were widely perceived as too ridiculous for their children, or even as the "work of the devil."

Not even half of the 300,000 copies of the first German Mickey Mouse magazine were sold. The rest were given away as free promotional copies or pulped.

But the team at the German publishing house kept going. In 1954, they increased the circulation to 400,000, and in 1956, the publication frequency was changed from bimonthly to once a week. 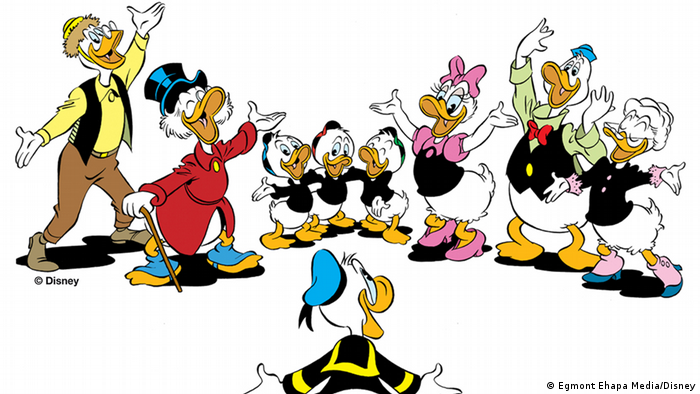 Today, the German-language edition of Mickey Mouse is the most successful children's magazine in Europe, with over 3,300 issues published to date and more than 1.3 billion copies sold.

The fact that even the most critical language watchdogs finally accepted Mickey Mouse is essentially thanks to the linguistic wit of translator Erika Fuchs (1906-2005), who was the German magazine's first editor-in-chief.

Until 1988, the art history post-graduate was responsible for the magazine and ensured that the hometown of Mickey and his friends did not simply become the German version of "Duckburg" — the original name given by Disney author Carl Barks.

Fuchs rather created her very own version of the fictional town, calling it "Entenhausen" (a play on the German word for duck and a widespread suffix for German cities).

Erika Fuchs also popularized through the comic books a new verb form, the "inflective," also sometimes called "erikative" in her honor. A way to reproduce sounds in writing, it is the equivalent of using the English infinitive without "to" — for example "Seufz" or "sigh."

The form is now firmly anchored in the modern German language.

Fuchs worked meticulously and never translated literally, adapting instead the texts for her German-language readers.

Sometimes she wove in classic quotations from German poets such as Johann Wolfgang von Goethe, getting for example Donald Duck to proclaim, "How marvellously does Nature shine for me!"

She made sure that the characters were given names that would be just as catchy to German native speakers as the original ones: Huey, Dewey and Louie for instance became Tick, Trick and Track.

"Mickey Mouse is a generational magazine: Mom or Dad read it and then passed it on to their children, and they passed it on again," says Marko Andric, describing the magazine's recipe for success.

Around 80% of readers today are between 6 and 13 years old. "The remaining readers are older and loyal Mickey Mouse fans who have been subscribed for years."

Mickey Mouse, Donald Duck and Co. have long since become an institution in Germany.

Many faithful readers were therefore outraged by the publisher's decision in April 2021 to update the terms used in 109 panels of a Donald Duck anthology.

Or in Carl Barks' 1956 "Land of the Pygmy Indians," the German words for "pale-faces" or "Indians" were deleted or changed to "foreigners," "tribes," or "people."

In response to the changes, the media quickly talked of "censorship." Fans wrote a letter a protest to the publisher. Even Austrian Nobel Prize winner for literature Elfriede Jelinek joined in. Her support of the protest "against the desecration of the divine Erika Fuchs" is a "sacred duty," she said.

In fan forums, Egmont was accused of "labeling fraud." Instead of simply changing terms that are now seen as pejorative, the publishers should have put an annotated version on the market, fans said.

Mentalities were different when the stories were written in the 1960s, Marko Andric points out. "But that doesn't mean it has to be the same today; that we can just go through the world with blinders on."

So far, no reprints of old Mickey Mouse issues are planned, which means they will not need to be reviewed like the Donald Duck anthologies.

The editor-in-chief of the German version feels that the updates reflect how the series has always evolved in terms of content and language. "Fun is still the focus of the comics. Without any restrictions," says Andric. "But it should mean fun for everyone and not at the expense of others." 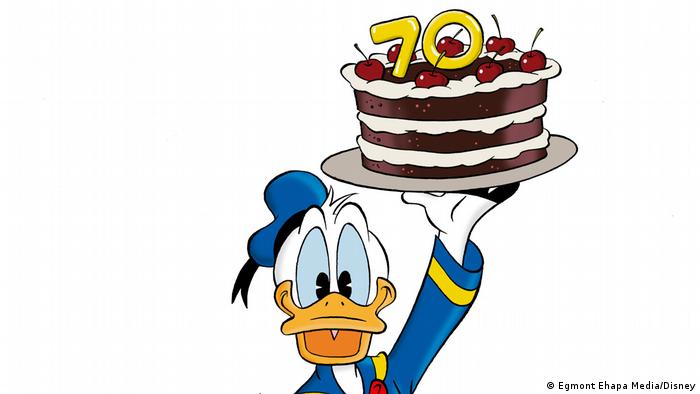 A success story in 29 countries and 27 languages

The German Mickey Mouse magazine is still published every two weeks and brings together the most beautiful and up-to-date stories from Duckburg.

The most popular female characters are independent and emancipated. Minnie Mouse is a career woman; Daisy Duck is sometimes involved in the book club, sometimes in the animal protection society.

Mickey Mouse's recipe for success was and is that the magazine's creators always knew how to reach their audience — not only in Germany but in 29 countries and 27 languages in total.

They address current issues, develop new stories and rely on the popularity of their already modern characters. So with this concept, nothing stands in the way of another 70 years of success for the comic book series.