A Wolverine illustration from 2002 on show in the exhibition

Spider-Man, Iron Man or the Incredible Hulk: Everyone knows the superheroes from the ever-growing Marvel Comics universe.

The now world-famous Marvel Comics brand emerged in 1961 from the Timely Comics publishing house, which had been founded in 1939 and had already created successful characters such as Captain America.

Superhero comics were tremendously popular during the 1930s and 40s, but they lost their momentum after the war.

During the McCarthy era in the US in the late 40s and 50s, stories featuring exemplary role models were advocated. Comics were believed to harm kids' intellectual development. Superheroes — often broken characters who weren't clearly good or bad — fell victim to a specially established comic book censorship agency. 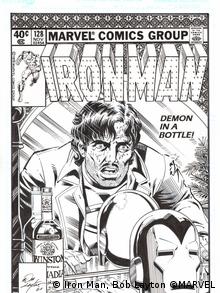 An original 'Iron-Man' illustration from 1979 by Bob Layton, also part of the exhibition

The resurrection of superheroes

All those rules were broken in the revolutionary 1960s. Comics and superheroes experienced a tremendous renaissance. In collaboration with illustrators such as Jack Kirby and Steve Ditko, Marvel comic author Stan Lee created characters that became cult, including the Fantastic Four, Hulk, Spider-Man and Iron Man.

Marvel's return to superheroes was also inspired by the success of their rival, DC Comics, who were giving a comeback to Batman, Superman and Wonder Woman and other classics. The competition between the two publishing companies had existed since the 1930s; they constantly tried to outdo each other with new ideas.

Over time, the charismatic Stan Lee increasingly became Marvel's media darling, which led to great frustration among the company's co-authors and illustrators. Kirby and Ditko left the publishing company, feeling their rights as creators were not being properly recognized.

During the 80s and 90s, Marvel progressively focused on releasing collectors' items. But the overinflated comic book market eventually collapsed, and Marvel went bankrupt in 1996.

Today, film franchises such as X-Men, Avengers or Spider-Man are among Hollywood's most successful productions. With films like Black Panther or Black Widow with Scarlett Johansson, Marvel has successfully given itself a new, more contemporary image. 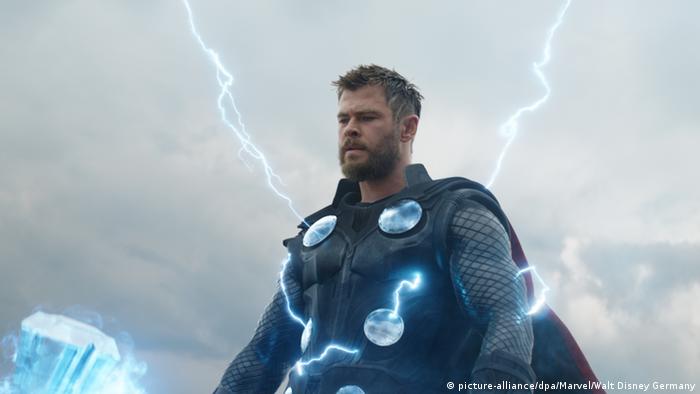 An exhibition celebrating the publishing giant

The exhibition "60 Years of the Marvel Comics Universe" revisits the history of Marvel Comics, which directly reflects a part of American cultural history.

Over 180 original drawings, letters and other exhibits from comic artists, including Jack Kirby, Steve Ditko, John Romita Sr. and many others, provide a comprehensive picture of the ever-growing Marvel Empire from its beginnings to the present.

Developed in cooperation with the Munich Comic Festival, "60 Years of the Marvel Comics Universe" is on show at the Amerikahaus Munich from June 1 to September 30.

From the cannibalistic killer Hannibal Lecter to Zorro and other Marvel superheroes saving the world, masks have been a central accessory for many characters in movies.

A brief history of comics

Based on the successful American festival, Germany's first Comic Con took place in Stuttgart from June 25-26, drawing some 50,000 fans. DW takes a look back at the evolution of the comic.

12 Black superheroes from US comics

People are familiar with the comic book "Black Panther" due to the film of the same name. But what other Black superheroes exist in the Marvel and DC comics universe?

The superhero created by comic author Stan Lee made his debut in 1962. That first Spider-Man comic book has now sold for a record $3.6 million.