A passionate story about piano teacher Erika Kohut, who is emotionally and sexually stunted under her domineering mother and seeks salvation in a sadomasochistic relationship — in vain. 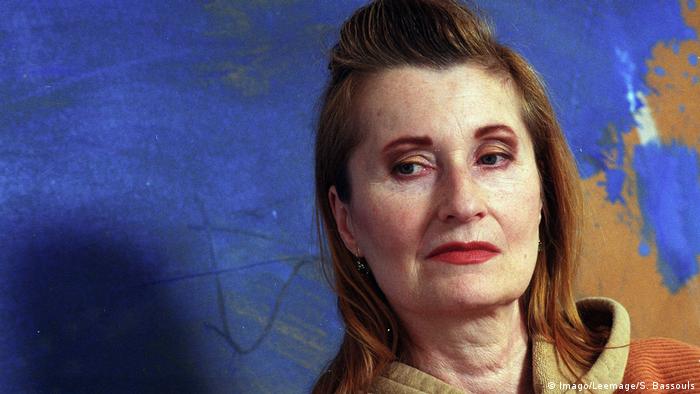 "Whirlwind" is what the mother calls her impetuous child. Actually, Erika is good and obedient, and if she eats something, then she confesses it a short time later. How well mother and daughter understand each other! They live together, they never want to be apart. They even share a bed.

But there is something amiss here: Erika is in her late thirties, her mother almost twice as old. The two are connected to each other in a love-hate relationship, mentally stunted. It is a completely sick situation.

'The Piano Teacher' by Elfriede Jelinek

Elfriede Jelinek's The Piano Teacher is the disturbing story of a not-so-young woman who is being terrorized by her domineering mother behind a bourgeois facade. After its debut in 1983, many reviewers saw biographical parallels between the author and her protagonist.

Your own life as a novel?

"A world-famous pianist — that is Mother's ideal. And to make sure the child finds her way through every entanglement, Mother sets up guideposts along the way, smacking Erika if she refuses to practice. Mother warns Erika about the envious horde that always tries to destroy other people's achievements — a horde made up almost entirely of men."

In fact, Elfriede Jelinek — like Erika, the piano teacher of the novel – learned to play the piano at conservatory. If her mother had had her way, she would have started a career as a pianist. Unlike her fictional character, Jelinek escaped the expectations of her mother and began writing early on. But she never really freed herself from her mother until the latter's death. She even shared an apartment with her. 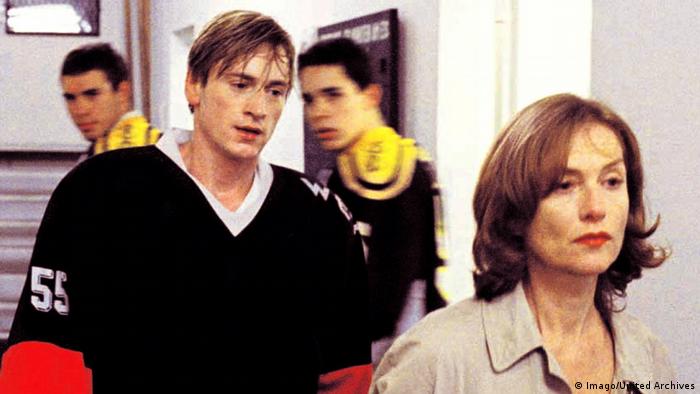 Erika, on the other hand, only makes it as far as becoming a piano teacher — and otherwise set to be at her mother's side for life. It is her mother who continually determines the rules and does not allow her daughter to do as she likes. As a result, Erika is stunted both emotionally and sexually. Without a love life of her own, she visits peepshows and watches strangers having sex in the park. But not even that helps. She feels nothing, and she begins to self-harm.

"She gingerly tests the edge; it is razor-sharp. Then she presses the blade into the back of her hand several times, but not so deep as to injure tendons. It doesn't hurt at all. The metal slices her hand like butter."

When one of her students woos her, she responds dismissively, but later entrusts her sadomasochistic fantasies to him. With dramatic consequences.

There is salvation, so to speak, but not for the pianist. Nor for the reader. The novel is an alarming, disturbing read. In the process, all the gloom of the story is penetrated by a sarcastic humor.

The Piano Teacher is one of Elfriede Jelinek's most important works, even though the novel has been read in very different ways: as a personal story of the author herself, describing her own morbid-symbiotic relationship with her mother, but also as a book about family violence and the war of the sexes. So distanced, almost cold; no woman has so drastically written about family, sexuality, physical and emotional cruelty. 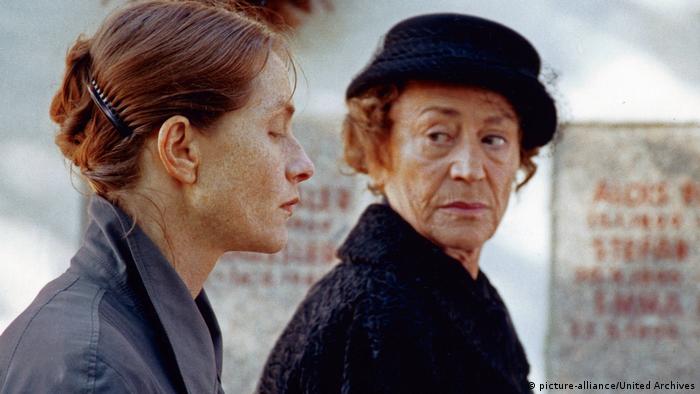 Since then, Jelinek has been viewed as something of a taboo breaker, even as a bit of a feather-ruffler because, in her later works, she has criticized the Austrian handling of their own Nazi past. In all of her works — but especially in her novels and plays — she has repeatedly taken a critical position on social issues. She is controversial, but also celebrated, above all — as the jury for the 2004 Nobel Prize for Literature formulated it — for her unique linguistic passion.

Elfriede Jelinek was born in Mürzzuschlag, Austria in 1946 and is one of the best-known but also most controversial writers working in the German language. Her work includes numerous novels and plays in which she takes a critical position on social grievances. Several of her books have been turned into movies. Jelinek received the Nobel Prize for Literature in 2004.