Germany legend Michael Ballack has said he expected the DFB (German Football Association) to show Joachim Löw the door after he oversaw their worst World Cup campaign since 1938.

"I was surprised as well as many other people that he kept his job," Ballack told DW. "For a long time he worked with the team and sometimes you should say that things don't work anymore when you're so long with a certain team.

"As an outsider, I wished for German football that Löw had gone out on top, because when you have talented players you shouldn't talk about other things, which was the case before the World Cup."

The former Germany captain, who won 98 caps during a distinguished 11-year international career, believes the DFB's decisions have not been properly examined and that the organization needs reform to increase accountability. 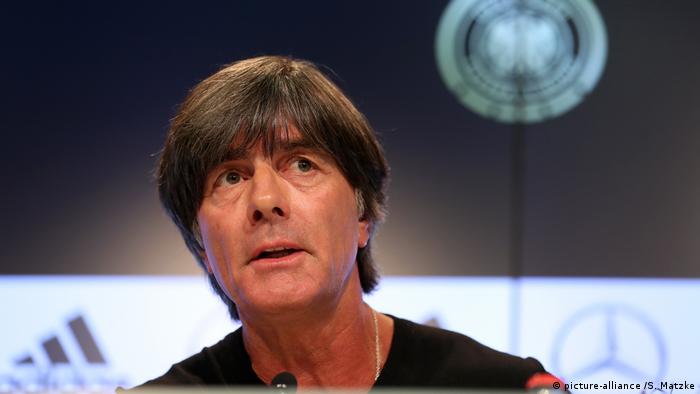 Ballack believes that Löw must be answerable for his decisions at the World Cup.

"You must pay attention to the result you achieved," Ballack, 42, said. "The World Cup was a huge disappointment and there were reasons for that. You should analyze it, really, and not just say 'we will analyze that' when you have already made the decision to keep the coach. That's not a real analysis.

"There should not just be one person who is making these decisions. There should be more people in the German federation and a better structure," Ballack said. "I think they can improve this for sure. But this has nothing to do with the performance on the pitch. That's an excuse for players sometimes, but we shouldn't forget these things.

For Ballack, Germany's struggles in Russia and beyond are a mental issue rather than a decline in the team's ability. He believes that only the players can explain why they were so poor in Russia, with many of the 23 having been part of the team that won the tournament four years earlier.

"It was a kind of mentality issue, because the quality doesn't drop down so much in four years that you can't challenge or you can't advance past the first round. So of course it was a mental thing," Ballack said.

"What was the problem? The hunger, the desire, the fighting spirit, there was much speculation. The only true answer can be provided by the players themselves."

Ballack didn't criticize Löw for sticking with the core of players that won Germany the World Cup in 2014, saying it was "completely normal" to keep the faith in those circumstances. But he added that Löw must still answer for his decisions and that he should have been "professional enough" to make the right decision on his future.

"It was obviously the case that some of them were not at that level. And you could see it before that one or more positions were doubtful or questionable... that's why there are people who are responsible for judging whether he is still the right guy. 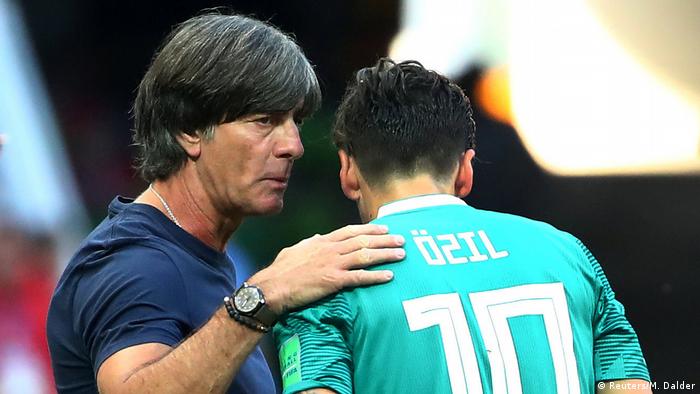 Ballack said the Özil affair was something "no one needed"

'No one needed' Özil-Erdogan affair

The "issues" and "speculation" Ballack referred to revolve mainly around the Mesut Özil and Recep Tayyip Erdogan affair. Özil cited "racism and disrespect" as he quit international football after the World Cup, following the fallout from his meeting with the Turkish president before the tournament. Ballack said "no one needed" that and it didn't help the team.

"There was an issue that was... yeah, no one needs that before the World Cup and no one needs that in general, that discussion. He (Özil) made the decision he did, we have to accept it and the German national team has to move forward.

"We know in football that sometimes things move quickly, and he should be focused on Arsenal now, on his football, he should be happy again when he's on the pitch. Because that's what footballers should do, make headlines on the pitch, not off it. 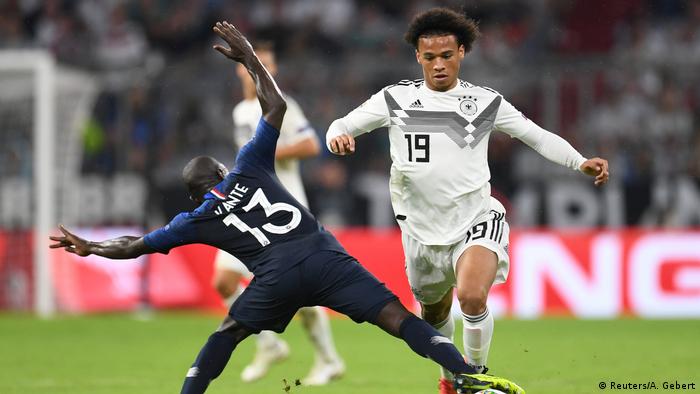 Despite his criticism of Löw and the DFB, Ballack said he remained positive about the future, and drew confidence from Germany's goalless draw in Munich last month against a French team whose faith in young players was rewarded with the World Cup. The former Bayer Leverkusen, Bayern Munich and Chelsea midfielder says Germany must also put their faith in what he described as Germany's "golden youth."

"I'm positive [about the future] because I see really good players who are comparable with the French. France did a really good job in the recent years with the way they play and the kind of players they have, so that's something we could look at.

"Even if we were really good for eight years before becoming world champions, you must still ask yourself [questions] every day in football, because football moves really quickly. We shouldn't lose the advantage we had in previous years just because we think we are good.

"We must pay attention to the youth and have an idea, and put the best people in [charge of] the youth, because that's the gold we have. If we put the quality in the youth then you have a good chance of bringing more talents through."

Joachim Löw has dismissed criticism from former Germany captain Michael Ballack, who told DW he was 'surprised' Löw kept his job. Löw's Germany are under pressure to beat the Netherlands in Amsterdam on Saturday. (12.10.2018)

After former Germany captain Michael Ballack admitted he was surprised Joachim Löw kept his job after the World Cup debacle, midfielder Toni Kroos has leapt to his coach's defense. (11.10.2018)