Mexico: Top court strikes down ban on recreational marijuana use

Mexicans will soon be able to apply for permits to use marijuana recreationally. The move could help create one of the largest legal markets for cannabis. 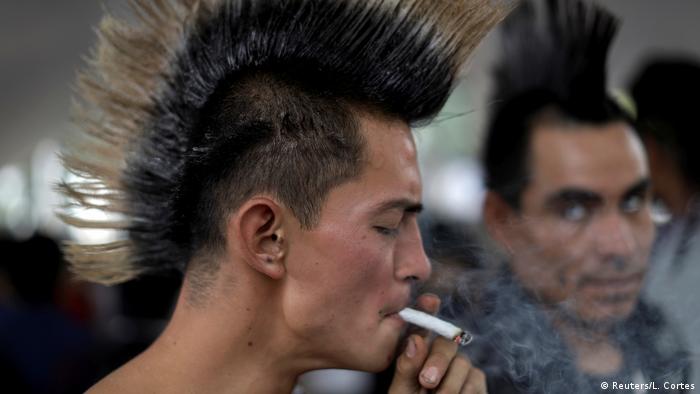 Mexicans have frequently demonstrated to demand the legalization of marijuana

Mexico's Supreme Court ruled on Monday that a ban on recreational marijuana use is unconstitutional, nullifying parts of the country's general health law.

The decision was approved by eight of the court's 11 judges. Court president Arturo Zaldivar said it "is a historic day for liberties."

Mexicans who want to smoke marijuana recreationally or grow a number of pot plants for private use will now be able to apply for a permit from the government.

Marijuana users must be adults and are not allowed to undertake any risky activities, such as driving, while under the influence. Marijuana use in front of children is also prohibited.

The sale of marijuana will continue to be illegal. Possession of more than 5 grams of marijuana (about 3/16 of an ounce) is also still punishable by law.

Medical marijuana has been legal in Mexico since 2017. Marijuana permits have been granted for Mexicans who file court injunctions since 2015, but now they will be available for the general public.

The decision comes as a wide-ranging bill to legalize marijuana remains stalled in Mexico's bicameral Parliament. The Supreme Court previously gave the Congress of the Union until April 30 of this year to pass the bill.

The legislation was passed by Mexico's lower house, the Chamber of Deputies, in March. Yet the Senate has not passed the legislation, and it may push back its final decision on the law to September.

The court called on the Congress to move forward with the legislation in Monday's ruling.

The legislation would create a system of permits not only for buying and selling marijuana, but also for the cultivation, transportation and export of the drug.

Some Mexicans are also against legalization for religious reasons, as Mexico's Catholic Church is opposed to the idea.

If Mexico were to pass the bill, the country would become the third-largest nationwide marijuana market in the world, behind Uruguay and Canada.