Violence broke out in the border city of Nuevo Laredo after the arrest of a gang leader, forcing the US consulate to close temporarily. This coincided with Mexico's president meeting the US Homeland Security Secretary. 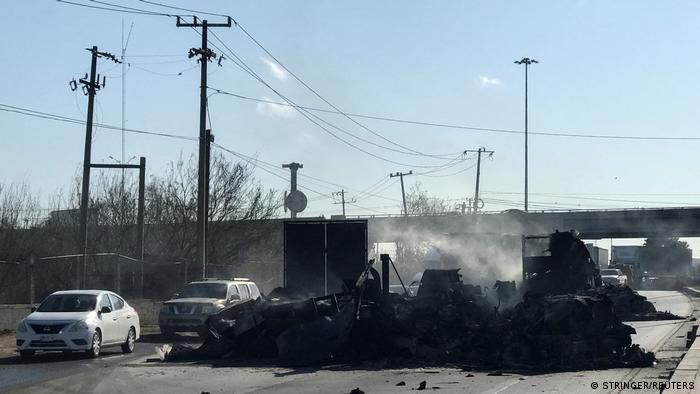 The United States consulate in Mexico’s Nuevo Laredo was temporarily closed after it was hit by gunfire following the arrest of a gang leader, authorities said on Monday. Trailers were set ablaze by suspected gang members, paralyzing traffic in the border city.

The ministry of public security in the state of Tamaulipas said shots targeted the Consulate and Mexican military premises as gun battles hit several parts of the city.

The US Consulate urged its employees and US citizens to stay indoors or avoid the area. The temporary closure was announced by the Mexican government soon after.

At least one "collateral" fatality was reported as a result of the violence.

Violence erupted after the Sunday arrest of Juan Gerardo Trevino, or "El Huevo," the leader of the Cartel of the Northeast, a branch of the Zetas gang, Mexican authorities said. He also heads a group calling itself "Tropas del Infierno" or Troops from Hell.

A US citizen, Trevino is facing an extradition order for drug trafficking and money laundering, authorities said. The gang leader also has state-level charges for murder, terrorism, extortion and criminal association against him.

Trevino is also on the US Border Patrol's most wanted criminals list and his arrest dealt a "forceful blow" to the cartel's power in the area, according to Mexico's government.

The countries are eying increased cooperation as Mexico sees an upsurge in the number of migrants from several countries in Central America, Haiti, Cuba, Venezuela and others as they attempt to reach the US. 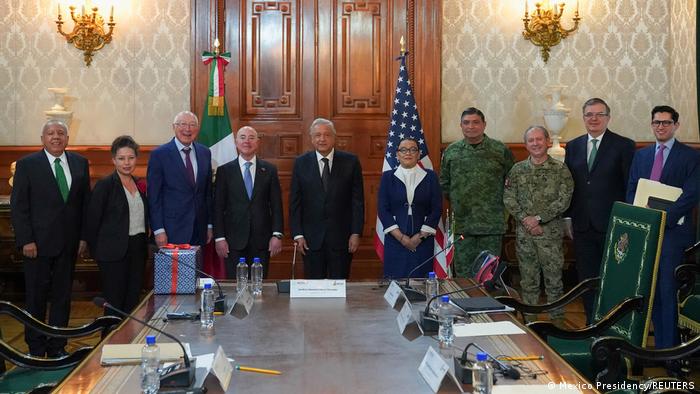 During his fourth visit to Mexico in nearly 14 months, Mayorkas took to social media to write that "our strong partnership and common vision for the region will help deliver a safe, orderly, and humane immigration system."