Mexico's National Gendarmerie has a new mission: to protect the country's cultural heritage. But their influence over the 440,000 often ineffective and corrupt regional and state police officers is limited. 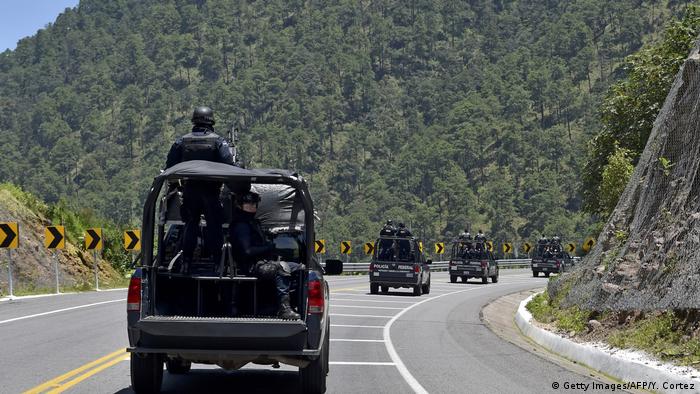 The head of the National Gendarmerie, Benjamin Grajeda Regalado, told Mexico's El Universal newspaper on Saturday that the new division of the Federal Police would recruit officers with knowledge of archaeology and art to tackle thefts and looting of cultural artifacts. Mexico has been criticized for failing to register the theft of stolen cultural antiquities and for a lack of coordination among authorities responsible for preserving the items. Many church paintings are replicas of the two- and three-hundred year old paintings that have been stolen. According to official figures last year, 90 percent of stolen cultural objects, including archaeological pieces, liturgical objects and religious art, are never recovered.

Between 2003 and 2016, the INAH listed 4,757 stolen historical or archeological objects. Only 67 objects were recovered.

The inclusion of national heritage into the gendarmerie's remit is seen as a step towards improving coordination between different levels of government to restrict the theft and worldwide trafficking of art. A detailed record of Mexican artifacts of historical value, including sacred art, is yet to be completed. 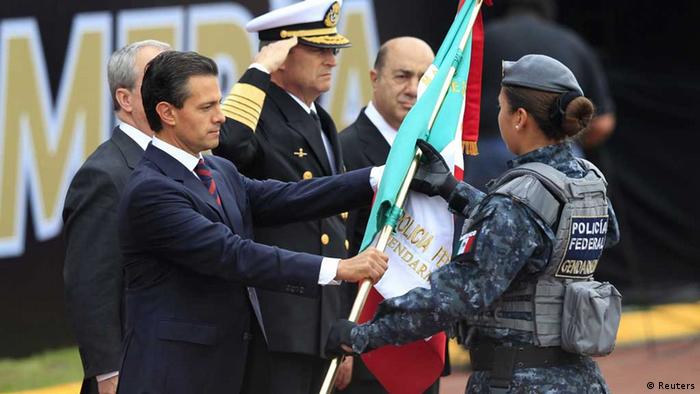 Mexican President Enrique Pena Nieto set up the gendarmerie in 2014 as an independent paramilitary force to tackle the country's worst crimes. His plans were for a force of 50,000 officers to focus on economic crimes, but their numbers were limited to just 5,000 as political focus moved away from security issues.

"The gendarmerie will contribute to the protection of Mexicans, their properties and their source of work when these are threatened by crime," Pena Nieto said at the time. "It will also help contain and dismantle criminal organizations and will be deployed based on greater use of technology and intelligence systems."

The focus for the gendarmerie is on protecting businesses, tourist areas and farm crops from cartels extorting money.

In 2014, the gendarmerie was sent to Iguala, in Guerrero state, in a joint operation with the army after 43 university students disappeared. The entire local police force was relieved of duty, and accused of complicity in the disappearance of the students.

Confidence in Mexico's police, especially at a local and regional level, is low. National Gendarmerie head Benjamin Grajeda said that despite the gendarmerie's limited numbers, it had met its objectives and was working to improve.

"I think the balance is very positive; society has rated the gendarmerie and the Federal Police as the most trustworthy police force," he told El Universal. 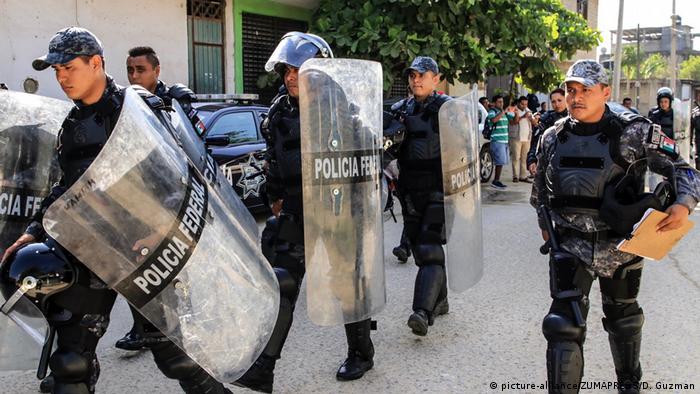 Crime, disappearances and murder remain a threat, with some cities reaching records. For each of the past five years, the west coast city of Acapulco has been the deadliest in Mexico. After the dominant drug cartel broke up 10 years ago, an estimated 20 criminal neighborhood gangs took over to become specialists in extortion and kidnapping. Half of the 1,500 police officers in the city failed federal vetting and background checks in 2015.

More than 12,000 murders were reported in Mexico in the first six months of 2017, with June being the deadliest month in 20 years, according to government statistics.

The US Treasury has accused Rafael "Rafa" Marquez of being a "front person" for a notorious drug trafficker. Washington has vowed to assist Mexico in combating influential drug cartels trafficking narcotics into the US. (10.08.2017)

Javier Duarte, an ex-state governor from Mexico's ruling party, has been extradited to his home country from Guatemala to face corruption and racketeering charges. He's accused of siphoning off millions of dollars. (17.07.2017)

Gang battle in Mexico as US' John Kelly visits

A gunbattle between drug gangs in northern Mexico has left 14 people dead. It's the latest in a series of turf wars. Smuggling has prompted a visit to Mexico City by US Homeland Security Secretary John Kelly. (06.07.2017)