The migrants from Guatemala, El Salvador and Honduras were hoping to make it to the US, when their helpers turned into captors. Police say they found the migrants living in "inhumane conditions." 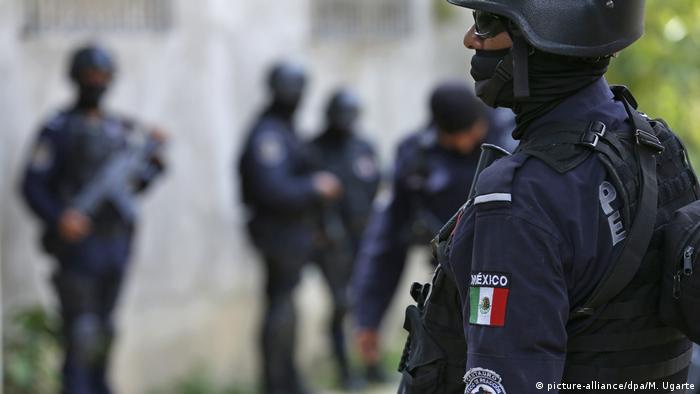 Mexico's federal police carried out an operation on Sunday that freed 22 Central American migrants who were being held captive in the southern state of Chiapas, which borders Guatemala. In the same raid, authorities also found nearly 400 kilos of cocaine, the Interior Ministry confirmed.

Two men guarding the home were arrested at the scene, after a 36-hour long operation succeeded in freeing eleven migrants from Guatemala, six from Honduras and six others from El Salvador. Among them were eight men, six women and eight children under the age of 18.

Authorities said the migrants were unharmed in the raid, but were found to be living in "inhumane conditions." They showed signs of malnutrition and some of them had respiratory illnesses. All had to receive medical attention.

Trafficked on the way to the US

The migrants told police that they were headed to the United States and that their captors had offered to help facilitate the journey. The so-called "polleros" changed their route and held them the migrants against their will, in order to collect ransom money from their families.

Chiapas Attorney General Alí Arista Chávez said the migrants had paid 15,000 pesos ($790) per person for safe passage from Chiapas to the central Mexican state of Puebla, near Mexico City. Instead, they never left Chiapas and were kidnapped.

Police were made aware of their captivity through a tip combined with information provided by a migrant who had managed to escape the home. A court order then granted law enforcement the power to break into the home.

"The rescued migrants will be referred to the National Migration Institute to help grant them humanitarian visas for legal residency," a police statement read.

Migrants from Central America are easy prey for criminal organizations that seek to profit from their plight. In many cases, migrants are swindled, abandoned after they have paid  for their journey through Mexico, and fall victim to organized crime and human trafficking.

Hondurans in US to lose specially-protected immigration rights

The Trump administration is to remove a special status that allows Honduran immigrants to remain in the US legally. The protection was introduced after Hurricane Mitch devastated the Central American country. (05.05.2018)

About 200 people waited for a second day at the Mexico-US border as they sought asylum. The migrants have already drawn the wrath of US President Trump during their month-long trek through Mexico. (30.04.2018)