German Chancellor Angela Merkel defended her stance on refugees on the opening day of her CDU party conference. The party appears set on reducing the influx, without putting a cap on the number of migrants. 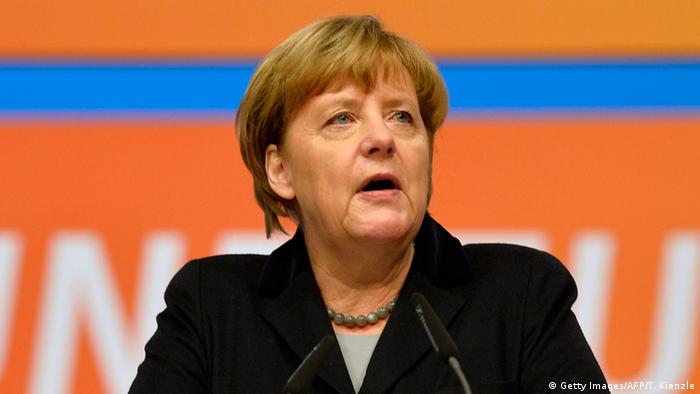 Merkel launched the two-day event in Karlsruhe on Monday, promising to meet the challenge posed by the migrant crisis in her opening day speech.

"This is a historic test for Europe, and I want - hopefully, I can say that we all want - that Europe passes this test", she said at the beginning of the annual two-day party congress in Karlsruhe.

"We will do our bit to make sure this happens," she added.

Merkel also defended her famous "We can do it" line on the refugee crisis.

"I can say that because it's a part of the identity of our country to do great things," she said.

The German chancellor, however, also pledged to reduce the number of refugees.

In her speech, Merkel also addressed major themes of the year, including the Charlie Hebdo attacks, the Paris climate change conference and Ukraine.

Over 1,000 delegates from all over Germany are attending the meet of the centre-right party.

The CDU members gave Merkel a standing ovation, applauding for several minutes after she left the podium.

The congress is aimed at finding a unified response to the refugee crisis, after weeks of infighting both inside Merkel's party and inside the ruling coalition.

Germany has been struggling with the largest refugee wave since the World War II, and many politicians have been criticizing Angela Merkel for her refusal to put a cap on the number of the newcomers.

The leader of the CDU's sister party CSU, Horst Seehofer, has described Merkel's position as "a mistake."

CDU officials, however, managed to created a compromise ahead of the Monday congress, which should avoid an open challenge to Merkel's policy.

The resolution, which is due to be submitted to the party's delegates on Monday, states that the CDU is determined to reduce the influx through "effective measures."

However, the draft document did not contain the wording "upper limit," demanded by some of the chancellor's critics.

"We have found a course that corresponds to what my approach is," said Merkel in an interview with state broadcaster ARD on Sunday.

"At the same time, we took up the concerns of people, who are worried about the future, and this means we want to reduce, we want to drastically decrease the number of people coming to us," Merkel said.

In recent weeks the number of asylum seekers crossing the German border has reached 10,000 a day. The total number of migrants has topped one million last week, according to Germany's national refugee database.

A recent survey by pollsters Emnid for the "Bild am Sonntag" newspaper found that 62 percent of Germans wanted a fixed upper limit on the newcomers, while 36 percent opposed.