Angela Merkel is due to address her party, the Christian Democratic Union, at their annual conference. Her speech will be scrutinized as she faces criticism from within the CDU over her handling of an influx of migrants. 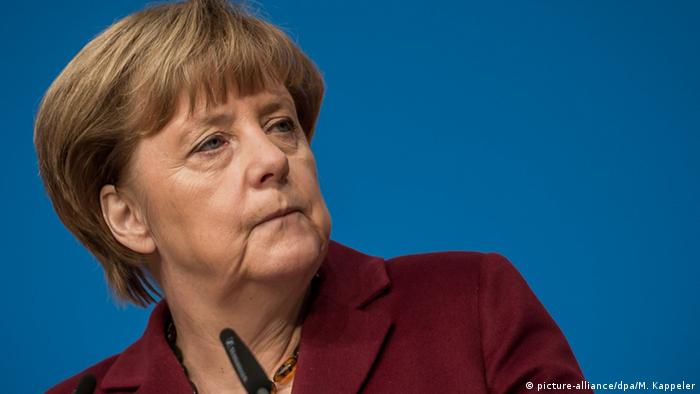 The German chancellor and CDU party leader is due to take to the podium shortly after 11a.m. (10:00 UTC) on Monday. There, in the southern German city of Karlsruhe, she will face her in-party critics as she addresses a defining issue of her tenure as chancellor: the refugee crisis.

Ahead of Monday’s party conference, the buzzword in Karlsruhe has beem "Obergrenze" or an "upper limit" on the number of people granted asylum - something which the CDU's Bavarian sister party, the Christian Social Union (CDU), has repeatedly called for in recent months.

CSU party leader Horst Seehofer has described Merkel’s policy of not capping the number of refugees in Germany as "a mistake."

The chancellor has repeatedly rejected calls from CSU leaders, however, resulting in ructions within the Union. Speaking at the CSU conference in Munich last month, Merkel described the arrival of hundreds of thousands of refugees as "perhaps the biggest challenge we have had since German unification." 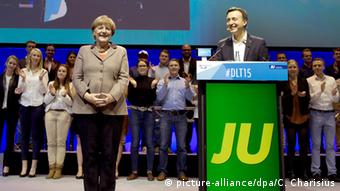 Germany's national refugee database, has said the one millionth migrant was registered in Bavaria

In an interview with German broadcaster ZDF on the eve of the party conference, however, Merkel confirmed reports that the CDU executive had agreed on a compromise formulation.

The resolution, which is due to be submitted to the party's delegates on Monday, states that the CDU is determined to reduce the arrival of asylum seekers and refugees through "effective measures" to reduce numbers that will not include setting a fixed limit on how many can come.

"I’m very pleased that the foundations, which I consider to be relevant to the question of asylum policy, have been confirmed," Merkel told ZDF, adding that the resolution focuses on combating the causes of flight, protecting external European Union (EU) borders and finding a European solution.

At a press conference late on Sunday, General Secretary of the CDU, Peter Tauber, supported his party leader's commitment to her asylum policy, insisting that Merkel’s famous "we can do this"-attitude was still valid if "everyone makes the effort."

In recent weeks, the number of asylum seekers crossing the German border has reached 10,000 a day. According to Germany’s national refugee database, the one millionth migrant to arrive in Germany was registered in Bavaria at midday on Tuesday. Critics claim, however that there are already far more, with some avoiding the authorities and others caught in a backlog of paperwork.

As an interim measure to reduce the huge influx of refugees to Germany, countries such as Albania and Serbia have already been declared "safe," in a bid to allow authorities to deport them more quickly back to their countries of origin. 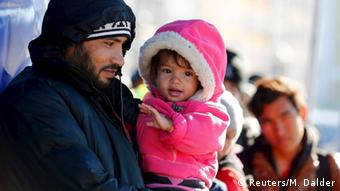 Prior to Monday’s party conference, the CDU’s youth wing (JU) said it still hoped to renew its proposal for a cap on the number of refugees in Germany. JU leader, Paul Ziemiak, said at last month’s CSU party conference in Munich, "The refugee crisis is the greatest challenge of our time."

Public majority in favor of limit

According to opinion polls, it would appear that Ziemiak is not alone. A recent survey by pollsters Emnid for the "Bild am Sonntag" newspaper found that 62 percent of Germans wanted a fixed upper limit, with 36 percent opposed.

On the eve of the CDU party conference, the proposed limit on refugees remained a talking point for locals in the congress' host town, as they gathered at a local Christmas market.

"At the moment I would definitely support a limit," 64-year-old Mrs. Coombes told DW, adding that the government should reassess the situation in the future.

"We already have a challenge ahead of us, as we need to successfully integrate the refugees into Germany," Coombes said. Despite the controversy over the Chancellor's handling of the refugee crisis, the pensioner said she still supported Merkel.

Business student Hauke Kaufmann opposed the limit, however. "What other choice do these people have?" he asked.

"People need to remember why these refugees are coming here. They’re not economic migrants," the 26-year-old said, insisting at the same time that the rest of the European Union (EU) still needed to step up their efforts in taking in more refugees.

As Merkel vies for the confidence of her party and voters on Monday, however, the focus will not be on the efforts of Europe, but on those of the German chancellor.