In an interview, Chancellor Angela Merkel called for patience with efforts to accommodate refugees. Merkel said she was not weighing an alternative to her approach toward reducing the number of asylum applicants. 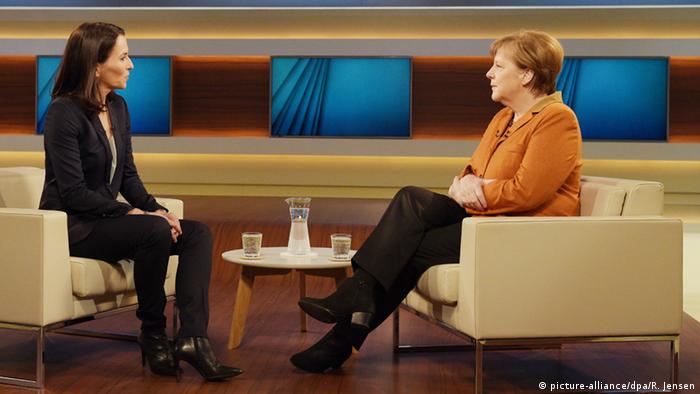 Speaking on public television on Sunday, Chancellor Angela Merkel said Germany's borders would remain open to refugees. Merkel dismissed a "rigid limit," saying that "there is no point in believing that I can solve the problem through the unilateral closure of borders."

"I have no plan B," Merkel said, adding that she is convinced she is on the right track with efforts to redistribute refugees within Europe and addressing the problems causing mass displacement: "I am fighting for this approach."

Merkel sought to reassure viewers by insisting that her government's strategy is the only "logical" one - and came about after much thought.

The chancellor said she was concerned about disputes over migrants within the EU, and added that a breakdown of the European Union must be avoided. 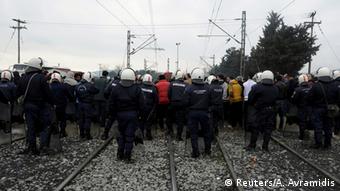 Stranded migrants protest at the border between Greece and Macedonia

Merkel also said dealing with the migration crisis had been a "difficult path," but that it concerned Germany's reputation in the world: "This is a very important phase in our history," she said.

"There is so much violence and hardship on our doorstep," Merkel said. "What's right for Germany in the long term? There, I think it is to keep Europe together and to show humanity."

The chancellor rejected the suggestion that recent violent protests and open displays of hostility towards refugees could lead to a threat to democracy similar to that experienced under the Weimar Republic. Then, after the loss of the First World War, a three-year period of hyperinflation up to 1924 caused political instability.

"I do not believe that," Merkel said, but noted that it was important to take such warnings seriously. She said that it was her job "to solve problems so that we can stand by our values."

Commenting on what she called the "devastating" attacks on women in Cologne at New Year by men said to be of mostly North African origin, Merkel said: "Rules must be clear from the start" to refugees, adding, "Integration isn't just a voluntary matter."

The interview was the third major television appearance that Merkel has made in the last five months - the first with the same ARD talkshow hosted by Anne Will, the second with ZDF in mid-November.

Merkel's party faces elections on March 13 when voters elect new regional parliaments in three of Germany's 16 states. It is the first poll since the migrant crisis began.

Talking to Turkey and Greece

Merkel said that viable agreements with Turkey needed to be made in order to limit the influx of refugees into Europe.

She added that her focus is on negotiations with Turkey - over providing better care to refugees - due to take place next week, with a summit on migration expected ten days later. The chancellor ruled out any personal consequences for herself in the event that the talks fail, saying only that such a scenario would entail more work on finding a solution. 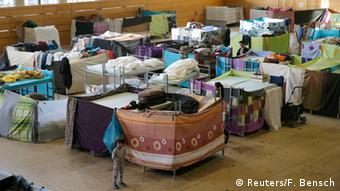 Migrants gather in a hostel in Berlin

The ARD talk show host, Anne Will, asked Merkel about the growing number of refugees unable to cross into Macedonia at Greece's border with the country.

Merkel responded, "We cannot let this country down." Greece was not kept within the eurozone just to be plunged into "chaos" now, she explained.

"The international financial crisis was a big challenge. We managed that well. The euro crisis was a huge challenge," Merkel commented.

About 300 migrants have staged a sit-in on railway tracks connecting Greece and Macedonia, forcing a train to turn back. Refugees say the country's entry limits are now too stringent. (28.02.2016)

The Interior Ministry has confirmed travel documents issued from territory controlled by "Islamic State" are no longer valid forms of ID. Nearly three quarters of migrants arriving to Germany in 2015 had no documents. (27.02.2016)