Angela Merkel is expected to announce that she will run again for the German chancellery. According to an opinion poll, 55 percent of Germans are in favor of her serving for a fourth term. 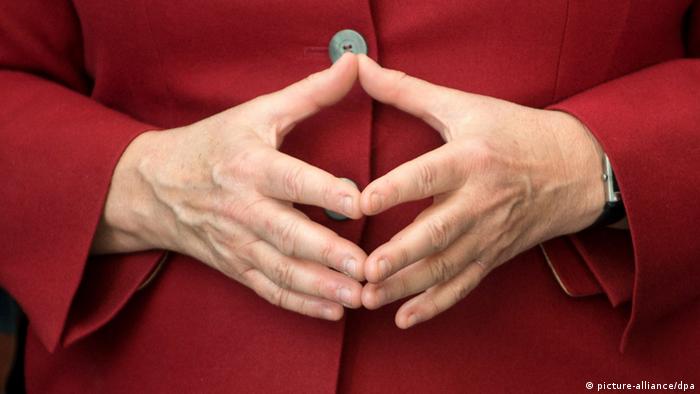 During a meeting with other members of her Christian Democratic Union (CDU) on Sunday, German Chancellor Angela Merkel is expected to announce whether she will run for a fourth term as chancellor.

Merkel has announced that she will hold a press conference on Sunday evening, a sign that she has made up her mind on whether she will try for another go. Fellow CDU politicians have previously said Merkel would run again.

In an interview with CNN on Tuesday, CDU politician Norbert Röttgen said Merkel would run for another term, while Elmar Brok told German newspaper "Rhein Neckar Zeitung" on Saturday that "everybody knows that Merkel will run for office again." 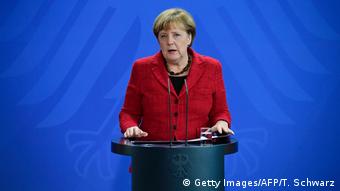 German Chancellor Angela Merkel has been in office since 2005

Merkel, who has been chancellor since 2005, has repeatedly been praised for navigating Europe's largest economy through the financial crisis and eurozone crisis. During his final visit to Berlin this week, US President Barack Obama said that if he were able to, he would vote for his longtime and friend.

But her handling of the migrant crisis has angered many German voters, after 890,000 migrants arrived in Germany last year. Merkel's popularity slumped and other parties gained ground in local elections. In September, Merkel said she wished she could turn back the clock on the migrant crisis after the CDU suffered a major defeat in Berlin state elections, but stopped short of calling her policy a mistake.

Current polls see another "Grand Coalition" taking shape after elections in September 2017. The conservative bloc of the CDU and their Bavarian sister party, the Christian Social Union (CSU), is up 10 points over the Social Democrats (SPD). The three parties currently make up nearly 80 percent of the Bundestag.

According to an Emnid survey published on Sunday in "Bild am Sonntag," however, the majority of Germany would still like to see Merkel serve another term in office. Some 55 percent of respondents said were in favor of Merkel remaining head of the German government for another four years, while 39 percent said they were against her re-election. 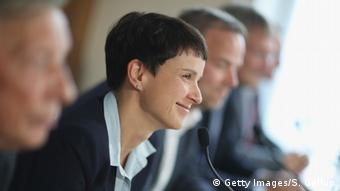 Frauke Petry, leader of the Alternative for Germany (AfD)

The Alternative for Germany (AfD) will be a significant test for Merkel in 2017. Formed as a Euro-sceptic party in 2013, the AfD won 4.7 percent of the popular vote in the previous federal elections in 2013, just missing the necessary 5 percent needed to be represented in the Bundestag.

After benefiting from the rise in the europskeptic, anti-immigration sentiment, seemingly sweeping across western Europe, the party now holds seats in nine of Germany's 16 states. According to a paper released on Saturday, Merkel and the CDU are now hoping to pull back disenchanted conservatives with tighter policies regarding immigration and integration.

Chancellor Angela Merkel has pledged to increase investments in infrastructure and other areas without sending the budget into the red. It may signal the start of a shift in monetary and budget policy. (19.11.2016)

Squabbling to win over AfD voters

The CDU and CSU are actually an alliance, but they are now openly quarreling over how to manage the masses of refugees in the country. The discord has given rise to thoughts of separation. (19.11.2016)