German Chancellor Angela Merkel has defended Bavarian state premier, Horst Seehofer, after he called for restrictions on the number of Turkish and Arab immigrants to Germany. Merkel said he was misconstrued. 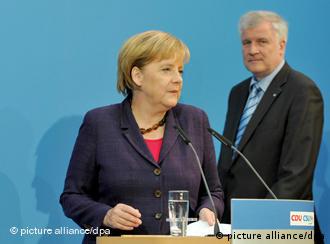 Deputy government spokesperson Sabine Heimbach said Merkel spoke with Horst Seehofer earlier on Monday and that he had explained that his position had been "misrepresented." He said his call for restrictions on immigrants from Turkey or Arab countries was directed "merely at skilled laborers." 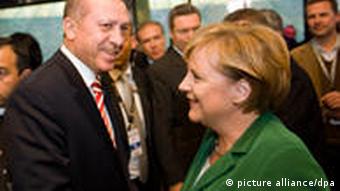 Merkel expressed her agreement with Seehofer with regard to the process of bringing in skilled labor, saying that "existing potential had to be exhausted first" before allowing the influx of foreign skilled labor.

On the heels of Merkel's meeting with Turkish Prime Minister Recep Tayyip Erdogan in Berlin, in which she reiterated that negotiations for EU membership for Turkey remained "open-ended with no guarantees," Seehofer told Focus magazine that some groups of immigrants should be excluded from Germany. 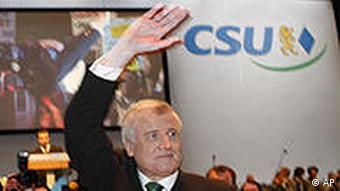 Seehofer ruffled more than a few feathers with his remarks

"The question is whether Horst Seehofer wants to prevent additional immigration or get around existing law," the CDU's Wolfgang Bosbach told the daily Saarbruecker Zeitung. "If it's the latter, than I have doubts about its constitutionality."

German Justice Minister Sabine Leutheusser-Schnarrenberger, a member of the FDP, called for a "rational integration and migration policy - not an intentional simplification and populist debate over an end to migration.

Since August, a debate has been raging in Germany after Thilo Sarrazin, a prominent central banker, who later resigned, said the country was being made "dumber" by poorly educated and unproductive Muslim immigrants and their children.

German President Christian Wulff further fanned the flames on October 3 by saying at celebrations marking 20 years of German reunification that Islam had become "a part of Germany," earning him sharp rebukes from conservatives. 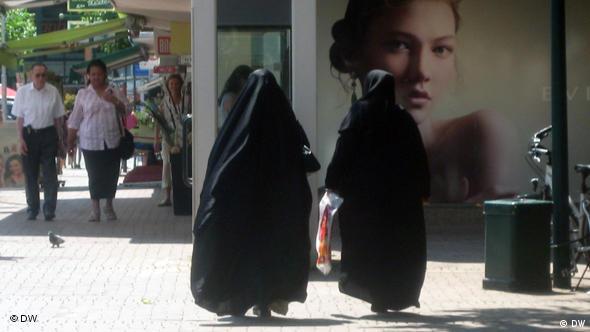 The state premier of Hesse, Volker Bouffier, rejected Wulff's assessment saying, "Islam did not belong to the foundations of our republic," and that Germany did not need to change, but rather the Islamic immigrants.

A representative survey carried out by the Emnid polling institute last week for Focus magazine, prior to Erdogan's visit, revealed that 60 percent of Germans oppose EU membership for Turkey.

In another poll conducted by Emnid for the Bild am Sonntag newspaper during the same period, 59 percent believed the large majority of Muslims living in Germany were unwilling to accept and respect the German constitution.

Chancellor Angela Merkel met Turkish Prime Minister Recep Tayyip Erdogan in Berlin with a range of issues on the agenda. Among them was the integration of Muslims in Germany, a much-debated topic in recent weeks. (09.10.2010)

Germany's best known and most outspoken feminist has called for a ban on headscarves for girls in German schools. Her new book, a plea for integration over Islamism, is likely to stir controversy. (26.09.2010)