Media in Japan under growing pressure to toe the line | Asia| An in-depth look at news from across the continent | DW | 30.04.2015

A former bureaucrat and media commentator has accused PM Abe's administration of using threats and incentives to ensure the Japanese public does not get the whole picture. And he fears a dictatorship is a possibility. 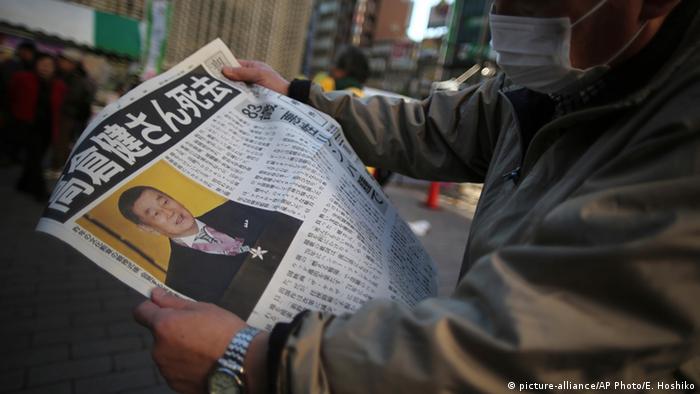 Shigeaki Koga was on the fast-track to important roles at the Ministry of Economy, Trade and Industry when he deliberately stepped out of line. Fiercely critical of the government's handling of the aftermath of the nuclear disaster in March 2011 at Fukushima, the final straw came when he was sidelined for making radical proposals to reform personnel policies in the ministry.

Disgusted, he resigned and became a commentator on news programs. But the administration of Prime Minister Shinzo Abe still had him in its sights.

In February, in an exchange on live television with the anchor of the Hodo Station program on TV Asahi, Koga insisted that he was being forced out of the company because of pressure on the broadcaster from the government.

Officials have waved away Koga's claims as fanciful and they deny the government is making any effort to muzzle the media. 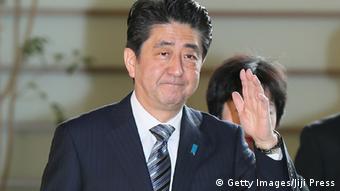 Experts say the pressure on the media is becoming more 'brazen'

But Koga, and an increasing number of members of the media, disagree. And the evidence is piling up, they say, pointing to the ruling Liberal Democratic Party's Research Commission on Info-Communications Strategy summoning officials from two broadcasters, NHK and TV Asahi, for a dressing down on their news coverage.

"For a lot of people, the appointment of Katsuto Momii as chairman of NHK was a major turning point for the media here," Chie Matsumoto, a freelance journalist who was previously a correspondent for the left-leaning Asahi Shimbun, told DW.

Hand-picked by Abe to head Japan's national broadcaster in January 2014, Momii is similar to the prime minister in his political attitudes and made no attempt to hide them.

"In his very first press conference, Momii said that NHK was not going to report anything that went against the government's position," said Matsumoto.

While the Japanese government says it wants more students to study overseas to develop different perspectives, text books at home are taking a more conservative and patriotic line. DW examines. (16.10.2014)

From assaults on religious minorities to the attack on a Peshawar-based school, 2014 was one of the worst years for human rights in Pakistan, says a new report. But who is actually responsible for it? (17.04.2015)

That effectively makes the broadcaster a mouthpiece of the government and destroys the notion of a free and fair media, critics say.

Koga agrees, and says the pressure on the media is becoming more brazen.

Koga fears that the first step on that road is for the government to cultivate close working relationships with the media - which they have assiduously done since Abe was elected in December 2012.

"On the one hand, they can apply pressure, which could be in the form of a threat to take away a broadcaster's license, and on the other they can offer rewards if a media company is cooperative," Koga said.

And, increasingly, the media is becoming complicit, he added.

"One thing I have seen in recent months that causes me great anxiety is top executives at very large media companies coming very close on a personal basis to members of the government," he said. "They seem to be cozying up to the people in power."

"Some of these executives now have close ties with members of the government and feel very proud of themselves," he added. "They feel as if they are at the heart of power."

This will inevitably influence the way in which their reporters and producers cover the key issues of the day, Koga said, encouraging them to pull their punches on stories that could upset the government.

"Unfortunately, we are not seeing the media fight back," Koga said. "We are basically seeing the media trying to accommodate the pressures and the system of rewards that are being directed their way."

And a public that lacks information is not equipped to make informed decisions when elections come around, Koga insists.

"Without even knowing it, the people are going to be brain-washed," he added. "And that is when the shadow of a dictator will again hang over Japan."

Apparently encouraged by the degree of influence it now has over the domestic press, the Abe administration is apparently attempting to exert similar pressure over foreign reporters. 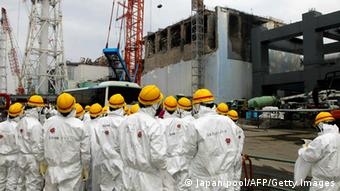 Carsten Germis, the Tokyo correspondent for Germany's Frankfurter Allgemeine Zeitung arrived in Japan in January 2010 and claims that the current administration refuses to speak with the foreign media because they ask awkward questions about nuclear energy, the risks associated with Abe's economic reforms, revision of the constitution and depopulation.

In an article for the magazine of the Foreign Correspondents' Club of Japan, Germis said his editor in Germany received a visit from the Japanese consul general to Frankfurt, who "passed on objections from Tokyo" after the paper ran one of his stories about Abe's attempts to revise Japan's history.

The consul general also accused Germis of accepting money from China for writing the story and frequently submitting pro-Chinese propaganda.

Germis is furious at the allegation, as is the paper. To further elevate their anger, the Japanese Foreign Ministry has claimed that the meeting between the counsel general and the editor of the paper never took place.