Match-going fans and the Bundesliga fixtures: ′I didn′t even know it was today!′ | Sports| German football and major international sports news | DW | 07.08.2020 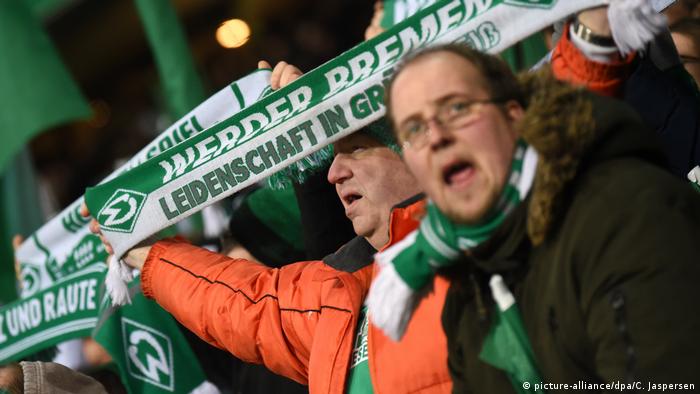 There aren't many days in the calendar which match-going fans look forward to more than the day on which the fixture list for the upcoming season is released.

The excitement about planning away trips, days off work and coordinating life in accordance with their club's games is part of what makes the day so special for the hundreds of thousands of fans who attend games on a weekly basis. This time, however, it's different. With no vaccine in sight and the coronavirus outbreak barely under control, all areas of life are still affected by the outbreak.

The German Football League (DFL), which consists of the 36 Bundesliga and second division clubs, has produced a health concept which, if approved by the health ministries and politicians, would allow a certain number of fans to attend games in the 20/21 season.

As part of the health concept, no away fans would be allowed to attend games until the end of the year, in a bid to prevent people from travelling long distances. Germany's terraces, where the country's fan and ultra groups usually stand, will also remain shut until 2021 at the very least. There will be no alcohol on sale, and tickets will have to be personalized.

After a rollercoaster of a ride, Arminia Bielefeld are back in the Bundesliga after 11 years of absence, despite staring into the financial abyss and being relegated to the third division in the process.

Eva-Lotte Bohle is a match-going Bielefeld fan. This season should have been the first Bundesliga season the 22-year-old would experience with her club.

"Normally, I get very excited about the day on which the fixture list is released. I'm always circling the days in my calendar but today I've had an empty feeling," she tells DW.

"Clubs like Borussia Dortmund and Bayern Munich will be coming to Bielefeld, which is something many fans were waiting for for many years, and we're not sure we'll get to see it. So there's a feeling of disappointment."

Sue Rudolph is a match-going Fortuna Düsseldorf fan. Her club may have been relegated to the second division last term but this doesn't change the excitement about the fixture list in normal times. Not today.

"I've had a look at our first game, away at HSV. I had originally planned on meeting with so many friends in Hamburg and going to the game together, but this won't happen. After realizing that, I lost interest," she says.

"Instead of anticipation, there's nothing."

'It's just not the same'

Lennart Stangenberg, a long-time Werder Bremen supporter, is usually busy planning his season as soon as fixtures are out. This season, however, was different.

"Normally we start planning the season at our fan club in regards to away tickets and other arrangements. Today, I was surprised to receive push notifications about it as I wasn't even aware the fixtures were coming out today!"

While many chose not to watch football due to the lack of fans in attendance, Stangenberg says this was too much of an ask for him. When it comes to attending games, however, it's a different story.

"Part of what makes me want to go to games is the organized support by the ultras and other groups, which won't take place. It could maybe feel nice to go to a game, but it won't be the real deal." 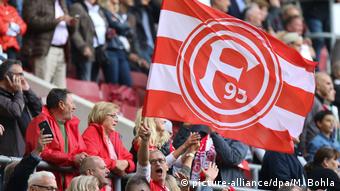 Düsseldorf: "The most unemotional relegation of all time"

This difference, according to Rudolph, is best exemplified by her own club's relegation, which she labels "the most unemotional relegation of all time, because we weren't there."

As to the option of fans being gradually allowed to the ground, Arminia fan Bohle says she wouldn't attend any games as long as all fans aren't allowed in, despite her team playing in the Bundesliga for the first time in eleven years. Both Rudolph and Stangenberg agree.