Plans have been put in place for the potential return of fans to Bundesliga stadia next season. Reactions from fans have been mixed, but what are the areas of controversy in the plans, and what will change? 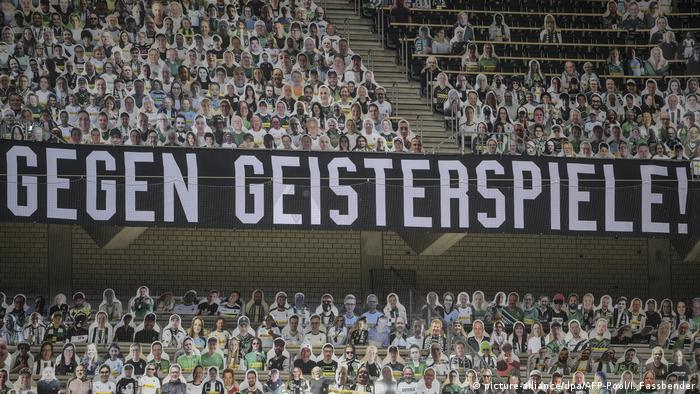 The 36 clubs which make up the Bundesliga and Bundesliga 2 have approved plans for a limited return of spectators at football matches in Germany in the coming season.

The proposed concept, which was agreed during a German Football League (DFL) video conference on Tuesday, comes with four significant caveats for supporters: there will be no away fans, no standing sections, no sale of alcohol and personalized tickets.  The plans could depend on various local factors, including stadium infrastructure, local infection figures and state regulations.

Reactions from German football supporters, who are well-organized and highly protective of their fan culture, have already been mixed, ranging from a cautious acceptance to suspicion that dangerous precedents could be set.

DFL regulations stipulate that ten percent of a stadium's capacity is allocated to visiting supporters, but the new proposals envisage a temporary ban on away fans, stating: "This decision is designed to help reduce the number of fans traveling around the country – including on public transport – and minimize the potential risk of infection."

However, some fan groups have questioned the logic of banning football fans from travelling between cities when restrictions on travel to foreign countries, including those with high or unknown infection rates, have been lifted.

"When we can travel largely unchecked across Europe, including to regions such as the Balkans which are particularly affected by the pandemic, I think that requires more attention than a trip from Mönchengladbach to Dortmund," said Michael Weigand of the Borussia Mönchengladbach Supporters' Club, FPMG.

"Away trips are what separate sympathizers from supporters," he added. "Banning away fans until the end of the year is like temporarily amputating a fan's soul."

Furthermore, it's not only away supporters who travel long distances; many home fans don't live in the city in which their team is based and also travel to matches.

Nevertheless, the DFL also firmly stated its commitment to retaining away allocations in future, saying: "Away fans are an important aspect of German football culture and should fundamentally remain as such." 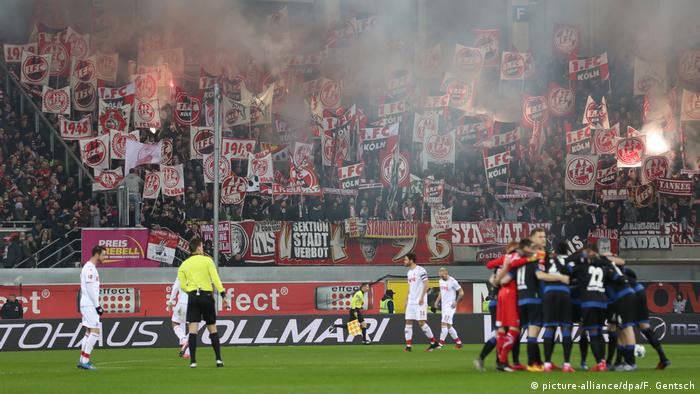 Away days: not for these Cologne supporters under the proposed rules

According to the proposals, the sale of alcohol at Bundesliga matches would initially be banned in order to prevent the congregation of people in queues – particularly at potentially busy times such as just before kickoff or at halftime.

Interestingly, the decision represents a markedly different approach to that being considered in England, where some Premier League clubs are reportedly in favor of lifting a ban on the consumption of alcohol in view of the pitch in order to avoid fans congregating in stadium concourses.

The possibility of enjoying a beer in the stands during the game is frequently highlighted by British football fans who visit Germany.

Another attraction of the Bundesliga for match-goers is the continued existence of standing terraces, but these will also be temporarily scrapped until November should fans return. Unlike in seated areas where individual places can be allocated, it is impossible to guarantee social distancing on an unreserved terrace.

German fans are extremely protective of their terraces. The affordable standing tickets (€145/$172 - €225/$267 for a Bundesliga season ticket in 2019/20) attract a younger demographic and contribute to the league's social inclusivity, and the freedom of the terraces provides a space for the development of Germany's envied fan culture.

But terraces have also been targeted in the past by politicians and functionaries who consider them to be a refuge for troublemakers. In 2012, in response to new security proposals including the abolition of terracing, German fans launched the nationwide "12:12" campaign in which they demonstrated their importance as the "12th man" by remaining silent for the opening 12 minutes of games.

Addressing fears that terraces could be scrapped permanently, the DFL has explicitly reaffirmed its commitment to "the retention of standing terraces for the good of football and fan culture in Germany."

If the prospect of all-seater stadia fills some German fans with dread, the idea of personalized tickets is an even bigger red flag.

Generally only used in Germany for high-risk derby games or as punishments for misbehavior, personalized tickets will be unavoidable in the event of fans returning to stadiums in order to enable tracking and tracing of potential coronavirus infections.

But some supporters are concerned that their use could set a precedent for the introduction of additional security measures such as airport-style body scanners and increased surveillance around football matches, infringing on fans' civil liberties.

"Unsere Kurve," Germany's largest nationwide fan group, has demanded that the DFL guarantees to reverse any additional security measures once the pandemic has subsided.

"The pandemic must not be used as an excuse to introduce new security and surveillance measures through the back door, under the pretense of combatting the virus," said Hertha Berlin's ultras in a statement.

Ultra groups would not be banned under the DFL's new measures but many, including Hertha's, have stated that they will not attend games and organize support under the proposed circumstances, sticking to the mantra: "Everybody or nobody." 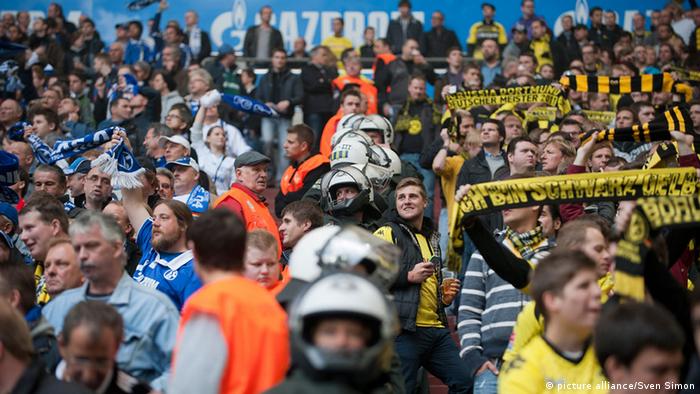 Security: some fan groups are concerned that track and trace measures could set a precedent

Politicians to have the final say

Any final decision on the admission of spectators will lie with local health authorities in Germany's 16 federal states, or Bundesländer, which have varying regulations regarding maximum attendance at sporting events, ranging from 250 to 1,000.

"I am very skeptical of the DFL's suggestions," said Ulrich Mäurer, the interior minister of the city state of Bremen, on Wednesday. "Nobody can say at the moment where we will be in September and what challenges we'll have to face by then."

Werder Bremen, however, after escaping relegation via the playoff, are hoping to welcome up to 15,000 fans back to the Weserstadion. "Following our talks with the relevant authorities, I am very hopeful that our stands will at least be partly full for the first game of the season," said club president Hubertus Hess-Grunewald.