Bundesliga: The bizarre reality of attending a ghost game

Ghost games are curious occasions for players and fans, but journalists are also adjusting to the new normal. DW's Tom Gennoy watched Wolfsburg vs. Eintracht Frankfurt from a spacious Volkswagen Arena press box. 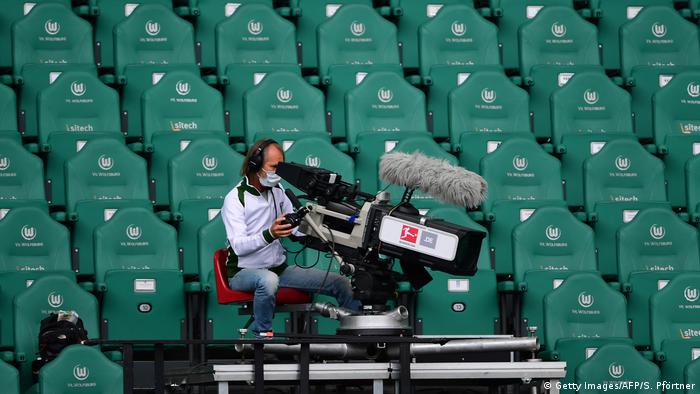 In the moments prior to kick-off, a bone-chilling chorus of howling wolves echoed around the Volkswagen Arena. The sound was accompanied by a thudding heartbeat, its powers of intimidation amplified by well-timed flashes of the floodlights to round off a terrifying introduction.

There was, of course, no one in the stands to terrify. As a result, it was a deeply odd moment. The audience might have been absent, but the show was determined to go bravely on, unaltered in its pomp. Down on the pitch, the players emerged out of separate tunnels to meet in the middle for kick-off, ignoring the incongruity of the howls, the heartbeat, and the emptiness.

Television viewers will have become somewhat accustomed to this strangeness after four Bundesliga matchdays behind closed doors. Some may have even chosen, or been forced by broadcasters, to augment it with the addition of piped-in crowd noise; war cries belting out from empty terraces. For the reporter sitting in the press box, masked and obligingly distanced from colleagues, staring at empty stands and listening to the isolated shouts of the players rather than the raucous rhythm of the supporters, it's still all very bizarre.

Players, on the other hand, are by now fairly familiar with the Bundesliga's strange new normal. They've had time to learn, for example, that games behind closed doors have erased the traditional advantage enjoyed by home teams. They've noticed, as Mats Hummels said in a recent podcast, that matches are more tiring without the buoyancy provided by support from the stands. 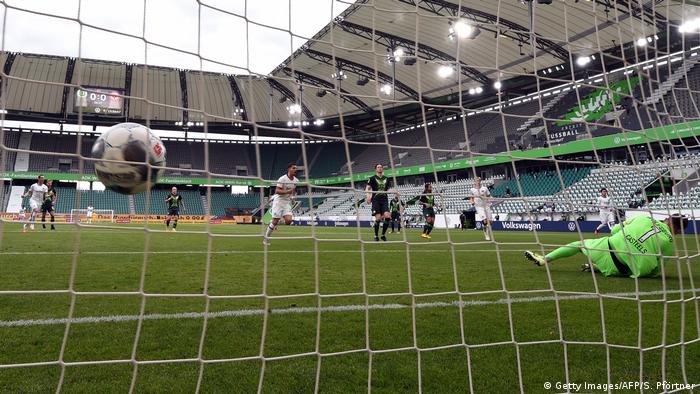 Wolfsburg vs. Eintracht Frankfurt: Football's new normal remains anything but

And they've realized, Werder Bremen stadium announcer Arnd Zeigler told national broadcaster Rundfunk Berlin-Brandenburg (rbb), that there's little point remonstrating with the referee if there's no crowd there to get on his back.

The return of the Bundesliga has also offered plenty of lessons for the millions of watching fans — not all of them particularly gratifying. Some supporters, while enjoying the quality of the football on display, have been nagged by the sense that they've become superfluous. "As a fan, you tell yourself that when you cheer your team on, they play better," Dortmund supporter James Mean told DW. "But do they really need the fans, the support?"

Supporters might not be able to lift their team by creating a fiery atmosphere, but they have a role to play in staying away, and fears that fans would gather outside stadiums have proven entirely unfounded. In this respect, the Bundesliga could provide an encouraging example for the English Premier League, where authorities are still worried about unauthorized assemblies of supporters outside grounds.

There's little to be gained by getting inside anyway, other than an odd sense of being peripheral to an event that's happening right in front of you. In the bizarre age of ghost games, football is a television show, and a reporter inside the stadium feels like the only one not watching.