The Spaniard has left Dortmund for Real Betis after two years in Germany which included being injured in the Dortmund bus bomb attack. But he will remember the response of Dortmund fans with great affection. 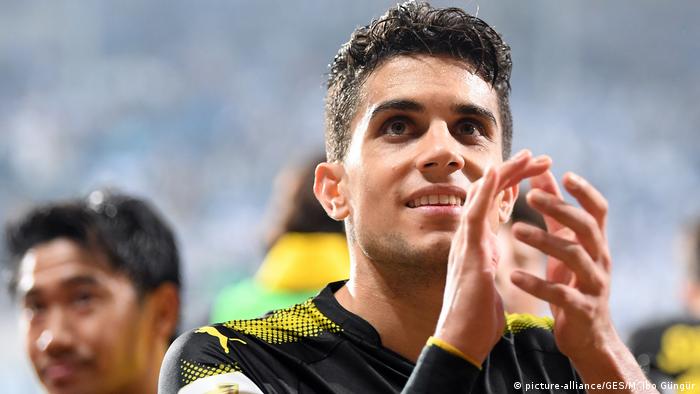 Marc Bartra has bid a fond farewell to Dortmund. The horror of having his wrist fractured in the Dortmund bus bombing in April last year will stay with the defender forever. But the loving reaction of Dortmund and their fans to his plight made his recovery much easier, even if the attack clearly played a role in his decision to leave.

"Above all, millions of thanks to you, supporters. I would never have imagined feeling so much love from one of the best crews in the world," Bartra wrote after joining Real Betis until 2023 on an undisclosed deal.

Dortmund were equally emotional in their goodbye to the 27-year-old, who never quite established himself at Dortmund and whose chances of doing so were hit by his absence following the bombing.

"Unfortunately, terrible things happened to him in Dortmund because of the cowardly attack. Against this background, we respect Marc's desire to return to his homeland and leave everything behind. Given we feel committed to Marc in a special way, we have shown significant concessions in the transfer negotiations. Borussia Dortmund wishes Marc Bartra and his family all the best for the future. We will always stay connected."

Bartra testified on Monday as a witness in the trial against a German-Russian man suspected of detonating the three bombs which targeted the team bus last year.

The effect the attack had on him was clear for all those in the courtroom.

"I feared for my life. I feared I would never see my family again," his statement read. "When I remember it, I don't feel good."