Marawi residents report military abuses during jihadist siege | Asia | An in-depth look at news from across the continent | DW | 30.10.2017

Residents of war-torn Marawi are preparing to take legal action against the Philippine government for the alleged mass destruction of property and human rights violations. Ana P. Santos reports from Marawi. 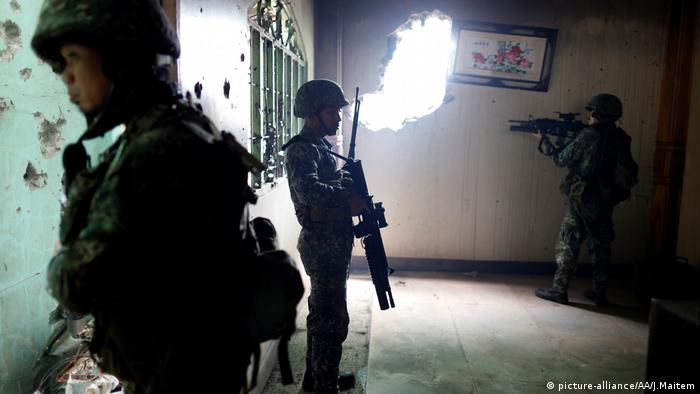 Marawi residents have started returning to their homes after the "liberation" of the southern city by the Philippine army. The country's security forces officially ended their combat operations in the city earlier this month. The five-month battle between the army and the "Islamic State"-linked Maute militant group was one of the deadliest wars in the Southeast Asian country since World War Two.

But the initial joy of city's "liberation" is gradually being replaced by frustration and anger as details of the troops' alleged rights violations and destruction of the area come to the fore.

Many residents, who had fled the city after Islamists took over Marawi in May, had only seen the devastation on mainstream and social media. Now as they return to their city, they find it has been reduced to rubble.

Some residents are now preparing to take legal action against the government, accusing authorities of mass destruction of property, illegal detention and extra-judicial killings. 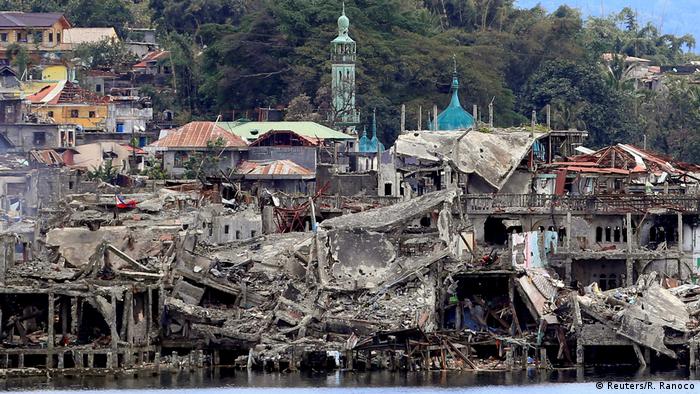 Aida Ibrahim, a Marawi resident, says her home has been ransacked.

"Who could have done this except the military? They were using our homes as camps," Ibrahim told DW.

Ibrahim is also spokesperson for Tindeg Ranao, an organization preparing to file a lawsuit against the government along with Suara Bangsamoro (Voice of the Moro People).

Complaints of rights violations started coming in as early as June. Affidavits were prepared and reports were drafted, but many Marawi residents feared retaliation from authorities as the southern Mindanao region is currently under martial law.

Amirah Lidasan, a spokesperson for the interfaith Moro-Christian People's Alliance, slammed the US Secretary of Defense Jim Mattis for praising the Philippine military for winning the war in Marawi without committing human rights violations.

"Since June, we have been documenting reports of civilians who were captured and tortured by the military because they were thought to be Maute fighters. There are reports of illegal detention, extra-judicial killings and numerous other cases of threats and intimidation at evacuation centers and military checkpoints," Lidasan told DW, adding that many residents were afraid to speak out against the military since it still controls Mindanao. 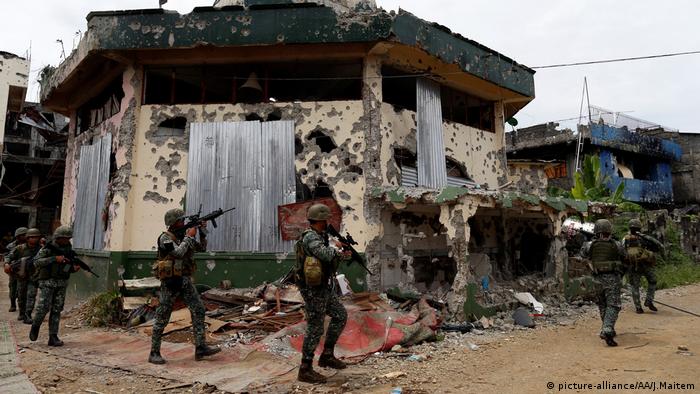 Complainants of rights violations started coming in as early as June

The government, however, says martial law was imposed to successfully drive out jihadists from the city.

"In spite of martial law, citizens' rights have not been suspended in the area. We encourage people to come forward and report rights abuses. We'll investigate them and take an appropriate action," Majul Gandamra, the mayor of Marawi, told DW.

Major General Restituto Padilla, a spokesperson for the Armed Forces of the Philippines, told DW that all complaints would be thoroughly investigated and punitive measures would be taken against those who committed crimes.

President Duterte, who is on an official visit to Japan, has taken full responsibility for the destruction of Marawi and promised recourse.

In May, Duterte declared martial law in Mindanao for 60 days and later extended it to the end of year.