The Philippine government has "liberated" the southern city of Marawi from Islamist extremists. But does it also signal the end of "Islamic State"-inspired militant groups in the country? Ana P. Santos reports. 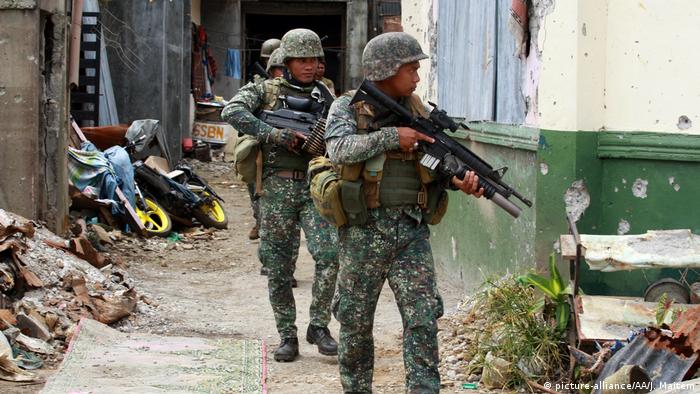 The Philippine government may have won the battle against "Islamic State"-affiliated jihadists in Marawi but experts say it may lose the war against violent extremism if the peace process is not revived in the area and the rebuilding of Marawi is not done according to the wishes of the locals.

The Philippine security forces officially ended their combat operations in the city last Monday. The five-month battle between the country's army and the IS-linked Maute militant group was one of the deadliest wars in the Southeast Asian country since World War II.

The passage of the BBL would have ended decades of armed conflict between the government and separatist groups fighting for autonomy for the Filipino Muslim minority. The conflict has claimed more than 120,000 lives and has seen a series of collapsed peace deals that led to the formation of militias like Maute. 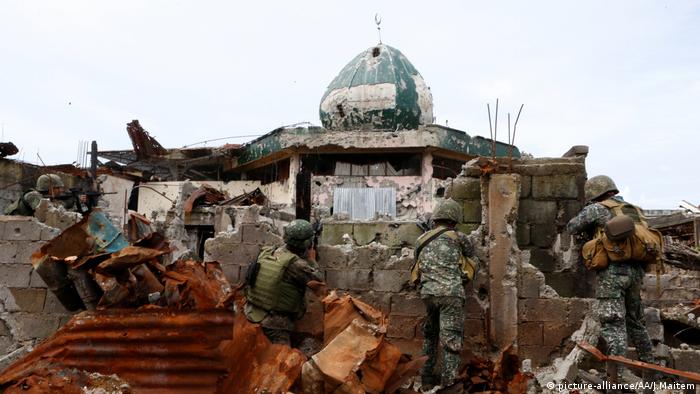 It may take years to rebuild Marawi

Commenting on the volatile situation in Marawi, Sidney Jones, director of the Institute for Policy Analysis of Conflict (IPAC), said in August: "The risks won't end when the military declares victory."

A report released by IPAC states that addressing violent extremism will require "looking beyond military solutions that include brokering peace with other insurgent groups to promote security, development projects that address root problems of scarce opportunities and education and re-building the city of Marawi with respect for the Muslim culture and way of life."

Humanitarian agencies working in Marawi say the military did its best to protect civilians and minimize damage to mosques, but the fighting has reduced much of the city to rubble. Thousands of homes have been completely destroyed and it may take years to rebuild them.

"The real battle – re-building Marawi – starts now," Jamalodin Mohammad, one of the many Marawi residents forced to flee the city after its siege in May, told DW.

Mohammad is not satisfied with the government efforts toward reconstruction and rehabilitation.

"We've been hearing about consultative meetings. But will the real victims be involved in these meetings? If the post-war reconstruction work in Marawi is not done satisfactorily, it will give impetus to Islamist fighters," he added.

Marawi residents Fatima and Nurhabib say the preservation of Islamic culture in the city is extremely important for them.

"Marawi is the only place in the country where I can freely wear veil and openly practice my religion," Fatima told DW.

"We are re-building from scratch. Who is going to help us? If there is no assistance from the government, it will add to the radicalization in the area," Nurhabib said.