Manioc to the rescue in the fight against plastic pollution | Business | Economy and finance news from a German perspective | DW | 05.11.2018

Manioc to the rescue in the fight against plastic pollution

Plastic trash increasingly pollutes rivers and fills landfills. In Jakarta, two men are on a mission to offer alternatives that could have an impact on the environment and the economy, not just in Indonesia. 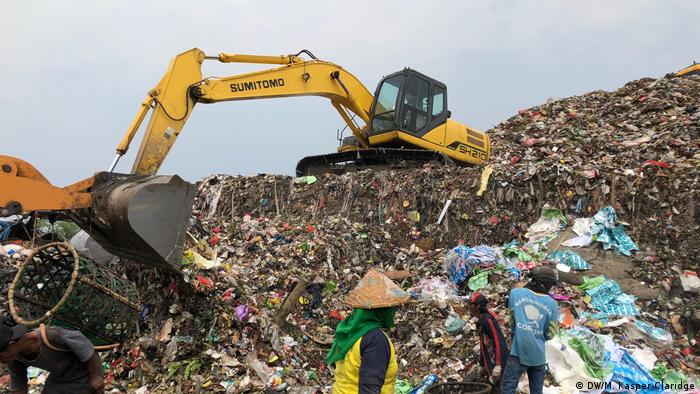 The stench is unbearable. The midday heat is beating down on the landfill near the Indonesian town of Tangerang in the greater Jakarta area. Huge cockroaches scurry across the 35-hectare (86.4-acre) site and new trucks arrive every minute, bringing tons of new garbage. Excavators pile it higher and higher. Between them, several hundred trash collectors toil under the merciless blazing sun. They look for plastic bags and plastic parts they can resell.

Sugianto Tandio shakes his head as he looks at the huge amount of plastic trash. "Each day, about 1,500 tons of solid waste comes here and 15 to 20 percent of it is plastic", says the engineer.

Read more: Do you know plastic? A learning pack on plastic waste and its environmental impact

But conventional plastic takes an estimated 500 to 1,000 years to decompose. The plastic trash being piled up here in Tangerang will remain an environmental problem for many generations to come.

"Even today, a third of the fish in the ocean contains microplastics. Just imagine: every time you eat seafood it's like you have three fish in front of you and you have to decide, which fish you want to eat and which one you should avoid." It is not a problem we can leave to our children to solve, Tommy Tjiptadjaja thinks. "It is really all up to us. Our generation is the generation that has to take action." 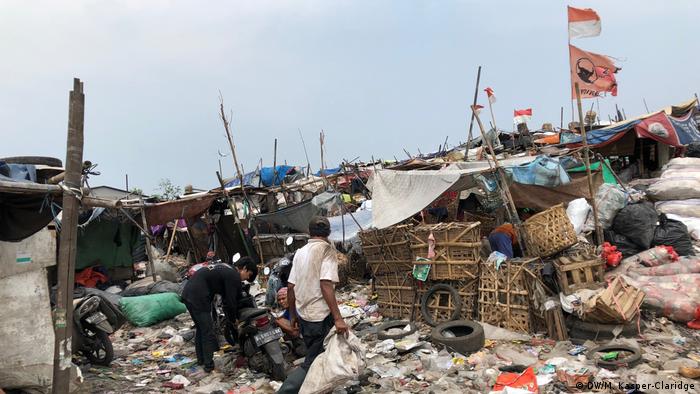 Together with Tandio, the economist, who got his education in Chicago, has founded Greenhope, a company that develops alternatives to conventional plastic. One of their products is called "Ecoplas." It looks like plastic, but won't take 500 years to decompose. "It is a biodegradable polymer made from tapioca," Tandio explains.

He has spent years developing this product and holds many patents associated with it. He proudly presents a plastic bag, plastic cutlery and even a bag developed specifically for the United States. It's meant for collecting your dog poop. All of it biodegradable.

Together, the two entrepreneurs won the Schwab Foundation's "Social Entrepreneur Award" in 2013, bringing international recognition to their work. Tapioka is made from dried manioc root, also known as cassava. The plant is particularly popular in many tropical countries. Nigeria, Thailand, Brazil, Indonesia and Ghana are among the biggest producers. Tandio is convinced that using it for a plastic replacement could also be an opportunity for additional income for many small-scale farmers.

Paying with plastic takes on a new meaning in Indonesia

As more and more countries are banning plastic bags or putting fees on their use, the interest in possible alternatives has grown significantly. Tjiptadjaja and Tandio are being invited to conferences and background talks worldwide. One of them just attended the big Our Ocean Conference in Bali, the other met for talks with the government of Malaysia. Kenya and some Latin American countries have voiced an interest as well.

Indonesia wants to ban plastic bags made from oil no later than 2020. Even now, Greehope's biodegradable alternatives are available in many Indonesian supermarkets and stores. "Ecoplas — Cassava-based degradable plastic" is printed on the bags, which, at first glance, are almost indistinguishable from conventional plastic bags. Greenhope already has a staff of 50 and everything points towards continued growth. 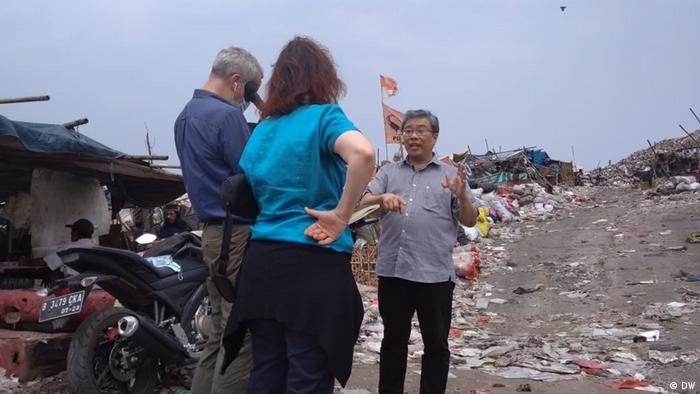 However, production is comparatively expensive. A biodegradable plastic bag costs almost twice as much to produce as a conventional one. As a result, consumers think twice before shelling out more for such a plastic bag.

Tjiptadjaja and Tandio work on reducing the cost as much as possible and are expanding their small research and development department. One of their solutions is an additive they call  "OXIUM." Adding it to conventional plastic has the effect that the material breaks down after only 2 years.

The plastic is still made from oil instead of renewable organic raw materials but is biodegradable and the cost of plastic that contains OXIUM is only about 2 to 5 percent higher than that of conventional plastic. It's not an ideal solution but an improvement. Especially in poorer countries, the use of OXIUM could be a cheap alternative, say the entrepreneurs. Greenhope already sells it to South Africa, Malaysia and other countries.

For landfills like the one in Tangerang, Greenhope offers large plastic tarps made with OXIUM. They could stem the horrible smells the people in surrounding towns and villages are exposed to and stabilize the growing mountain of trash at the same time. That is important because the high piles collapse occasionally.

But so far, Greenhope hasn't been able to sell TPA, the company that runs the landfill, more than two tarps a year. Tandio shakes his head and looks at the tall, shaky mountain of trash. The new trash should really be covered with tarps every day, he says, but TPA just can't afford to spend so much money.

Trading plastic trash for a bus ticket in Indonesia