Man sets his dogs on Syrian in Magdeburg attack

A Syrian man has been attacked by dogs unleashed after a racially charged row with a local man in Magdeburg. The eastern city has seen rising right-wing extremism recently and the attack is not the first of its kind. 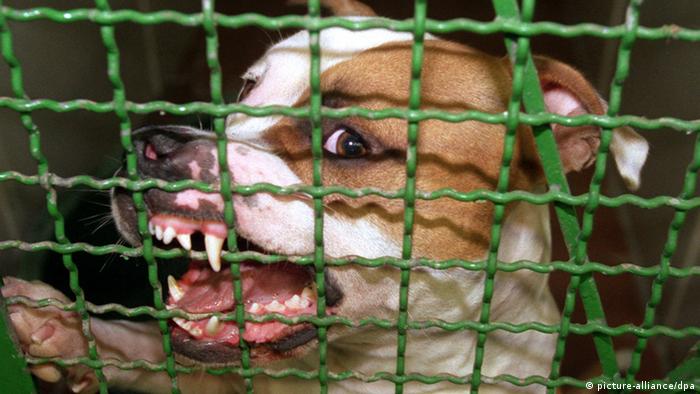 A 29-year-old Syrian man was the target of racial verbal abuse by a 23-year-old local man, who later returned and set his two dogs on the victim at around 5:30 p.m. (1530 GMT/UTC) on Sunday in the eastern German city of Magdeburg, police said.

The Syrian was walking with his family and friends in a park area of the city when the attack happened, although the exact details have yet to be determined as the protagonists' versions differ, police said in a statement.

Magdeburg in the eastern German state of Saxony-Anhalt has been the site of several attacks on foreigners since Germany temporarily opened its borders to refugees in the second half of 2015. The city is in a part of Germany that has seen rising support for the right-wing AfD party.

The attacker reportedly left the scene after his intitial verbal abuse, returning with two dogs. The police described them as "Kampfhunde," a catch-all term meaning "fighting dogs" that incorporates several breeds including the American Pitbull and Staffordshire Bull Terriers, among others. He then approached the Syrian, who sought to shield his family from attack. The suspect then held the Syrian in a headlock while his dogs bit the man several times.

The injured man had to be hospitalized and police later apprehended the suspect.

The dogs were temporarily confiscated from the owner's home address and were sent to a shelter for the time being.

Police also appealed for help from witnesses who might have more information about what happened.