Man in Bavaria accused of scratching hundreds of cars

A man has appeared in court in Bavaria charged with scratching more than 600 cars. Police, who set up a special unit to investigate complaints, said they caught the suspect in the act after a tip-off. 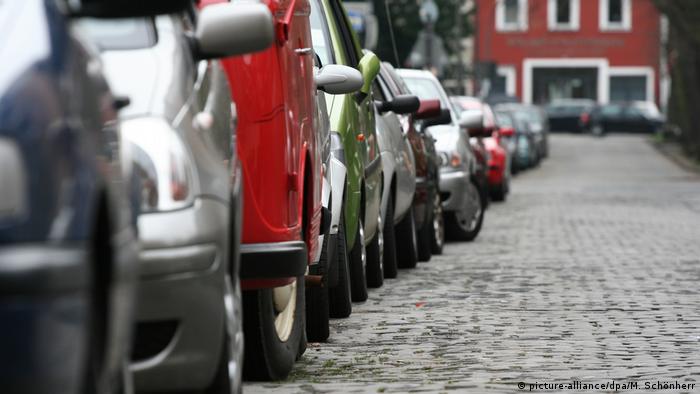 A 26-year-old man appeared in court in the German city of Schweinfurt charged with causing damage to hundreds of cars by scratching their paintwork.

The suspect is accused of a prolific series of attacks on property between February and April 2018, using a sharp object to scratch 642 different vehicles. The amount of damage caused was estimated to be some €930,000 (just over $1 million).

Police were investigating the incidents across the Lower Franconia region, and even set up a special "paint scratcher" commission to investigate the complaints.

Reports of damage came from Schweinfurt and the nearby city of Würzburg, as well as the town of Veitshöchheim.

A noise in the night

An arrest was made in the early hours one morning in April 2018, after a 24-year-old woman told police she had heard the sound of scratching, the website of regional newspaper Main-Post reported.

Having glanced out of the window, the witness said she had seen an individual on the other side of the street going from car to car.

The woman said he had made the same hand movement as he went from vehicle to vehicle, scratching them as he went along. "It looked as though he was very experienced," she said.

She alerted police who swiftly arrived and arrested the man, and found a screw that he appeared to have used to cause the damage.

Prosecutors initially accused the individual of damaging as many as 1,700 vehicles — causing an estimated €2.3 million of damage — but the court refused this on the grounds of insufficient evidence.

The court has set aside 24 days for proceedings to take place.

Three bodies and two crossbows were discovered in a hotel room in the southern city of Passau. Other guests said they neither heard nor saw anything suspicious. (12.05.2019)